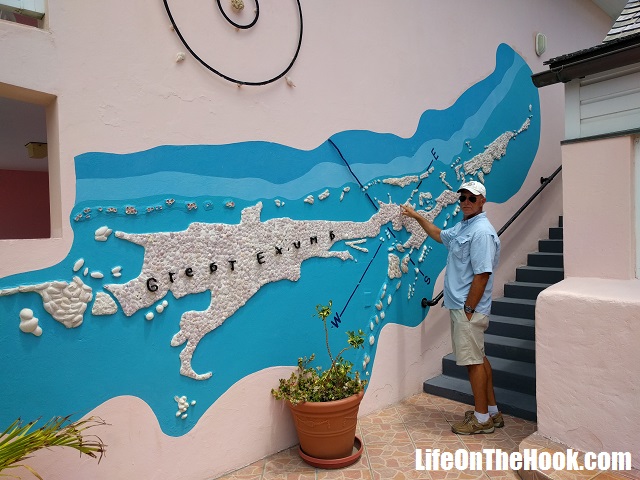 You (We) Are Here

You haven’t fully sampled all that east coast cruising offers if you’ve never searched for a good spot to anchor among a hundred other boats in Elizabeth Harbor or sipped a cold one at the Chat N Chill, plowed your dinghy through a rage while trying to enter Lake Victoria or grabbed lunch at the pool bar at Peace & Plenty. 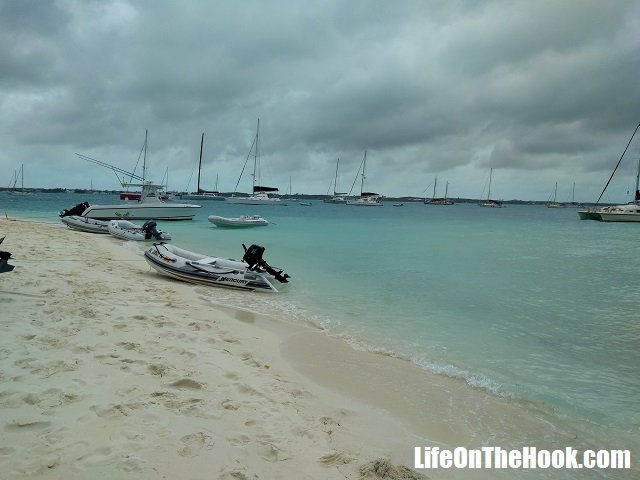 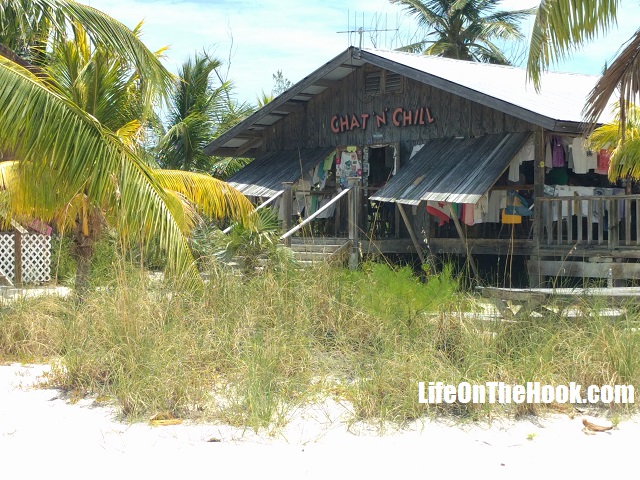 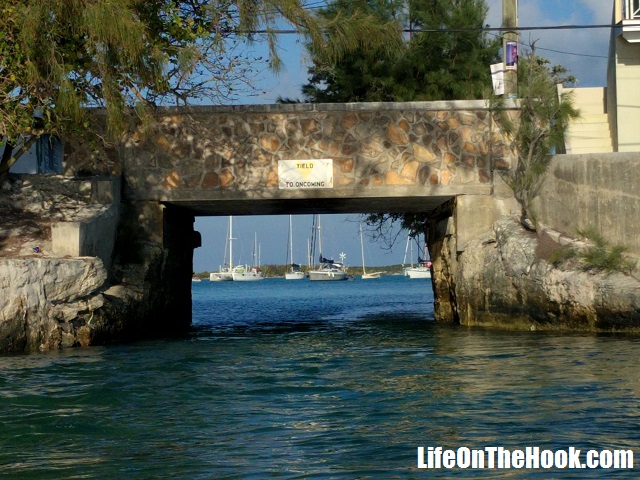 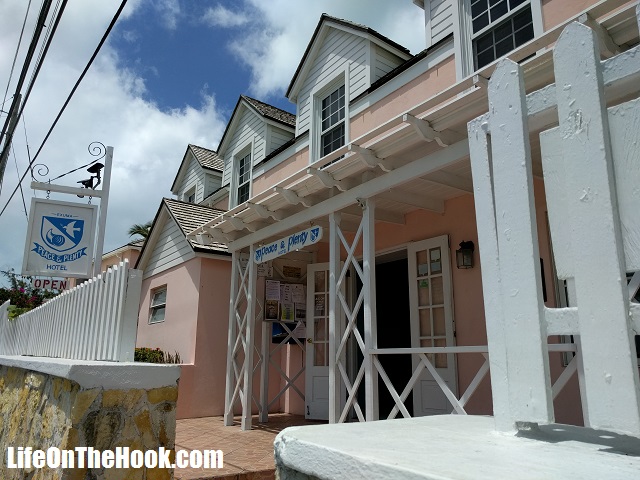 George Town is to cruisers what Sturgis is to bikers or Oshkosh to pilots. It’s a central gathering point for members of the tribe, a place that allows you to mingle with hundreds of people with similar interests and experiences, and the nautical hajj that every cruiser should make at least once. You may love it or you may hate it, but I doubt you’ll sail away noncommittal. 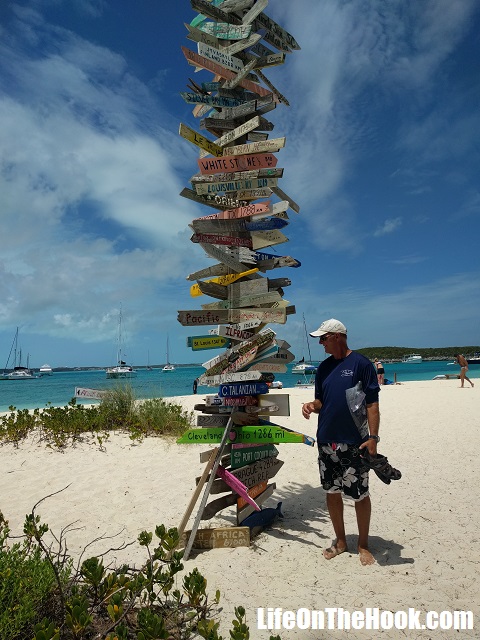 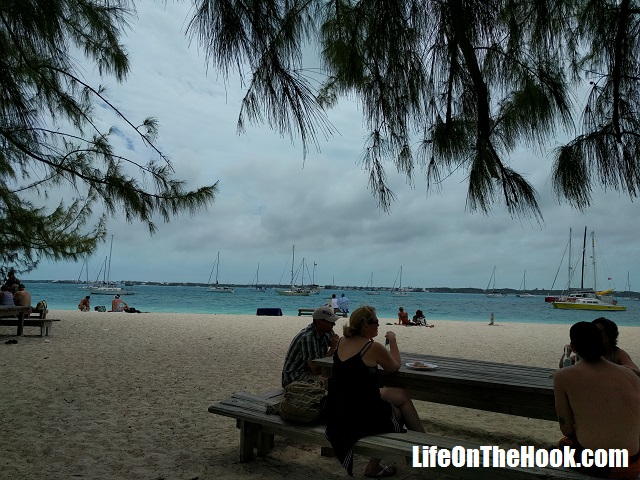 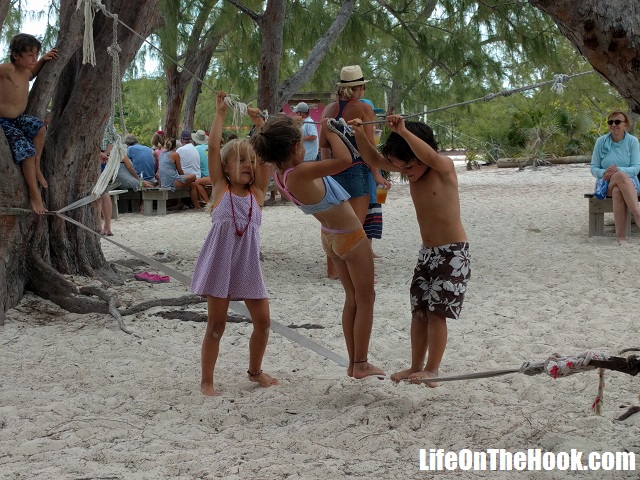 There were things we liked about George Town.  Probably number one for us was the ability to easily obtain provisions, fuel, and adult beverages, and ATMs were convenient. Unlike other locations in the Exumas, the markets in George Town were relatively well stocked. 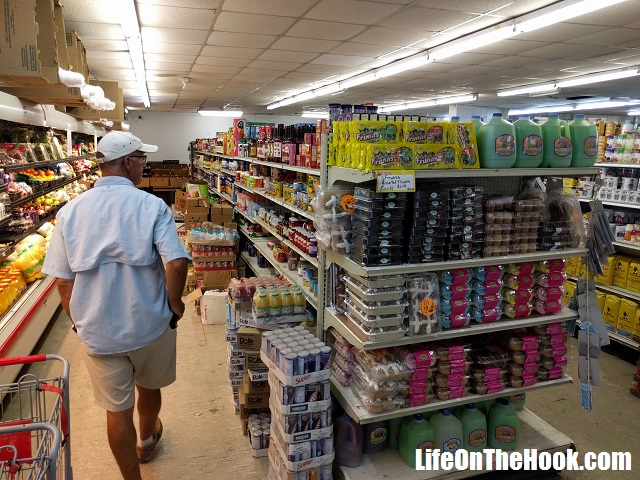 Both the Exuma Market (groceries) and the nearby Shell Station (fuel) had their own dinghy docks. 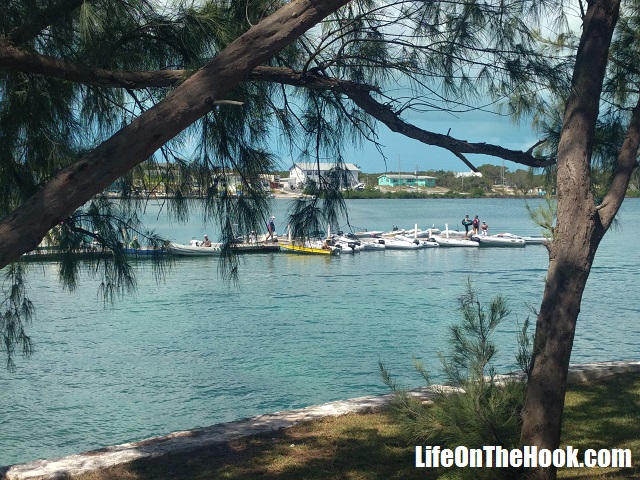 Top II Bottom was an amazing little hardware store reminiscent of something from Mayberry RFD, with narrow aisles crammed ceiling high with virtually anything you could possibly need, provided you had the time to search for it (all the merchandise was placed in apparently random order, like snorkel gear in the kitchenware section and electrical supplies mingled with fishing tackle). 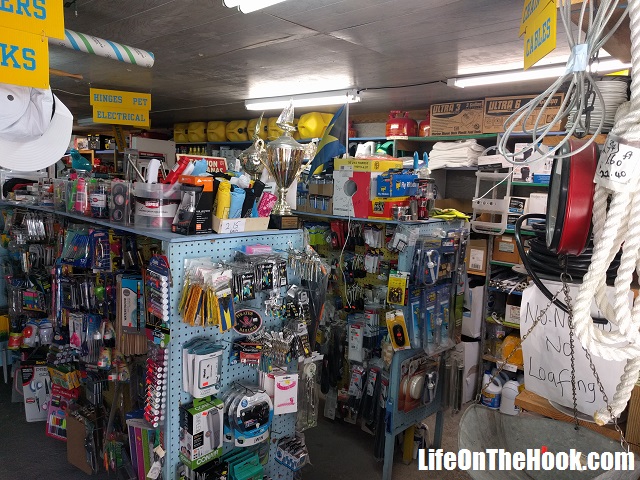 Most of the residents were extremely friendly. In fact, I’m pretty sure it’s the only place we’ve been where perfect strangers would say, “Welcome to the Exumas! (or sometimes, Bahamas) in lieu of a “hello” as we’d pass on the street.  I found it interesting that the town re-broadcasts the four major US networks (ABC, NBC, CBS and Fox), allowing you to watch the evening news or stay up with what’s happening on Dancing With The Stars if such things are important to you. Even Nassau didn’t offer that. And there was near-4G cellular service, which let us use our phones as hotspots to get good internet access for all our digital devices. 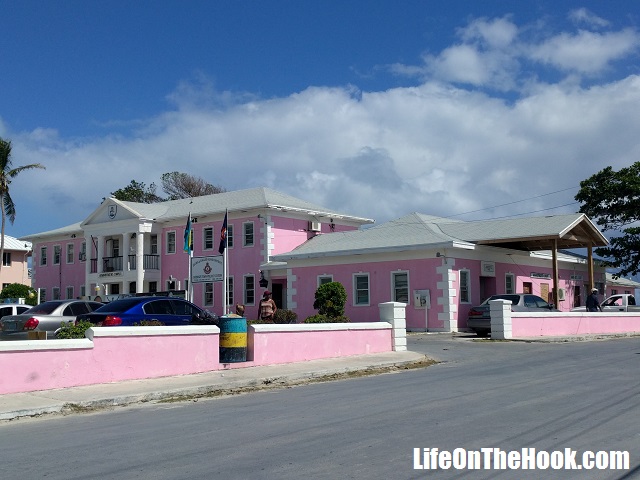 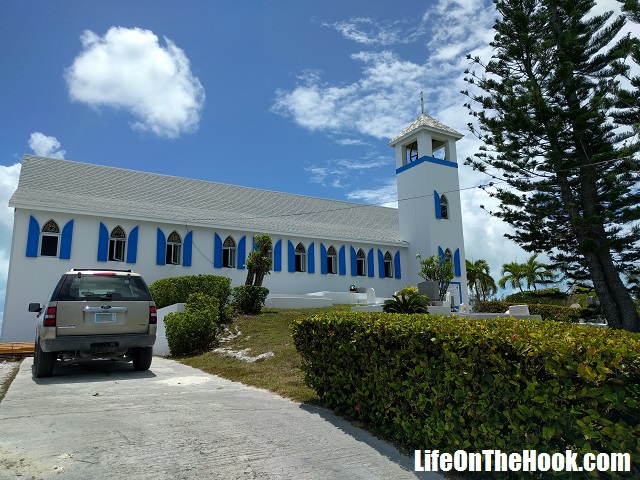 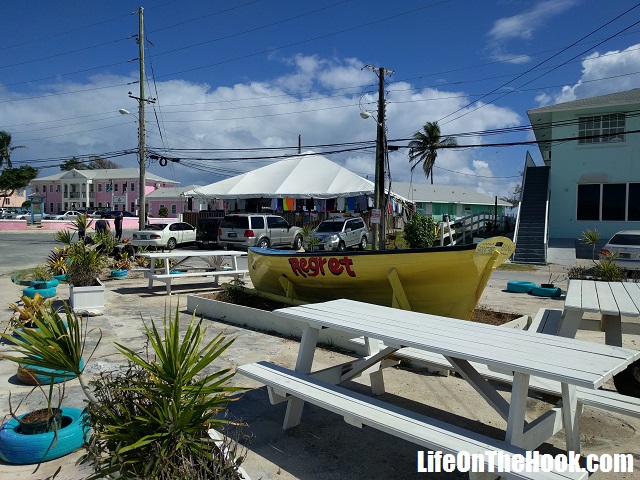 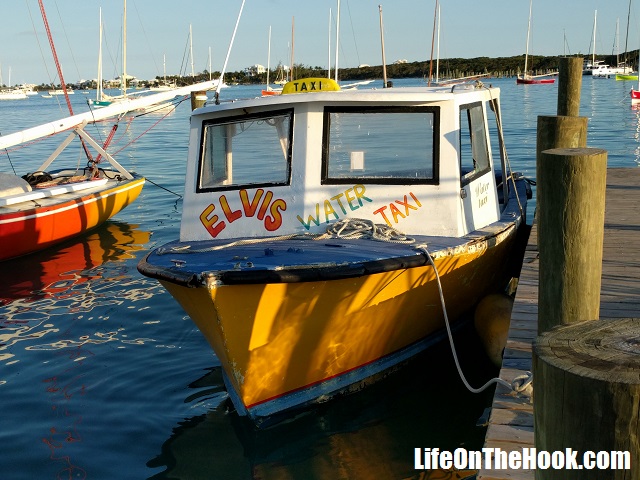 The Busiest Boat In The Harbor!

What didn’t we like about the town? First, it was just too busy. When we were there, we shared the harbor with over 100 cruising boats of every shape and size. We were told that if we had been there a couple of months earlier, there were as many as 400 boats. The island’s only pumpout boat has been out of service since a hurricane blew through last year, so just let that thought roll around in your mind a bit.  There was supposed to be a harbor area WiFi service called Bahamas WiMax that we paid $20 for. It hardly ever worked. Various power boats roar through the Stocking Island anchorage at high speed, caring not a bit that their wakes are throwing your dinghy up onto your stern and tossing your boat around while you’re trying to cook breakfast/lunch/dinner. In fact, one of the worst offenders was named FU2, which probably tells you all you need to know about the attitude of the Bahamians who drove it. The radio (channel 68) is constantly busy, with everyone in the harbor seeming to need to talk to everyone else about something very important all day and much of the night. But without a doubt, the thing we least enjoyed about our stay there was how rolly the harbor was. I think we had one decent night’s sleep in ten days. No other place we’ve anchored in the Bahamas has had our boat rocking and pitching so much. The wind clocked completely around the compass during our stay, but the rolling never stopped, except for the one calm day we experienced when the winds finally dropped below the 15-25 knot range.

But with all that, it was still a journey I’m glad we made. Not only because we got to see the Family Island Regatta, but because George Town showed us that maybe we’re not as crazy as some people may think. All of our friends and relatives generally express some small level of interest in how we’re living this stage of our lives, but could never imagine themselves doing something similar. They’re just too connected to their material possessions and too comfortable with their mortgages and steady jobs and cable TV bills and lawn maintenance and knowing that every week is going to be pretty much a replay of the week before and the week before that, with next week looking like more of the same. And heaven knows we’ve seen more marinas than we can count that are filled with boats that never go anywhere. But after our first day here in George Town, Rhonda turned to me and said, “I can’t believe there are this many other people during this!” by which she meant people using their boats for travel and adventure, i.e. cruising. You know, people like us. 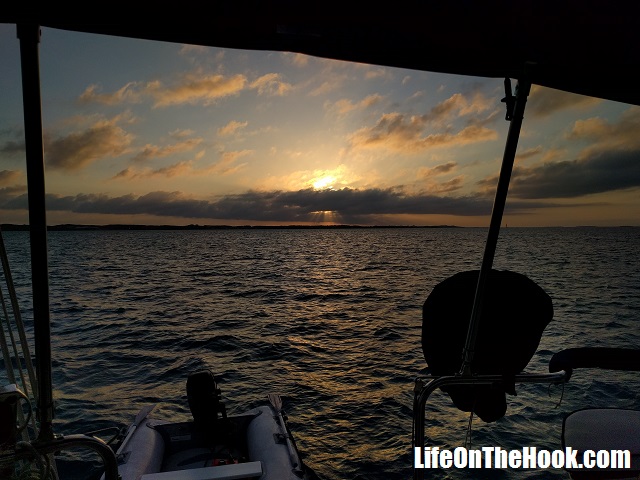 If you consider yourself a cruiser, you really need to visit George Town at least once.