I had a post half-drafted in my head this morning that would have looked at the ins and outs of propane tanks. But while I was finishing my breakfast and sipping a third cup of coffee, I heard the distant cadence of a marching band drumline drifting on the cool morning breeze, and I suddenly remembered today’s parade.

Even Google Took Note With A Special Doodle

It’s Veteran’s Day here in the United States. Some confuse it with Memorial Day, which is the day in May on which we honor those who gave their lives in service to our country. I suppose I can understand why there’s a bit of confusion on the matter, since the primary focus on both days seems to be Huge Blowout Sales! on furniture, cars, and crap at the mall. But while much of the world observes November 11th as Armistice Day or Remembrance Day to mark the end of the First World War and recognize those who gave their lives fighting it, here in the US it’s a day to salute anyone who has ever worn the uniform of our country and their families. And I just felt that the propane tanks could wait for a day or two.

So. Some random observations, since this is basically a stream of consciousness exercise.

First, one of my favorite quotes on the subject of veterans and military service comes from President John F. Kennedy, who in 1963 said:

“I can imagine no more rewarding a career. And any man who may be asked in this century what he did to make his life worthwhile, I think can respond with a good deal of pride and satisfaction: ‘I served in the United States Navy’.”

I feel a surge of pride whenever I come across that quote, because as you may know, I’m a Navy veteran. As is my brother, our oldest son, and Rhonda’s father. I guess you could say it’s in our blood. Playing a very small part in the mighty effort to collapse the Soviet Union and free hundreds of millions of people from communist oppression is something I’m rather proud of. Now let me be clear here—I didn’t enjoy my time in the Navy, I tolerated it. We had an agreement, the Navy and I—I’d give them six years of my life, and they’d teach me interesting and useful things. And we both held up our ends of the bargain. The morning I awoke and realized that I was no longer in the Navy is among my happiest of days. But I wouldn’t trade a minute of it if I had it to do over again. It was that important to everything Rhonda and I have accomplished since.

Another quote I’ve seen recently that resonates with me is this one:

I once took a solemn oath to defend the Constitution against all enemies foreign and domestic. Be advised that no one has ever relieved me of my duties under this oath.

I think its a sentiment that most veterans can relate to, this belief that even though we no longer wear the uniform, we feel a special obligation to continue to do what we can to ensure that the blessings of liberty accrue to our children and grandchildren, and thus why so many of us tend to be of strong opinion and politically minded. Particularly when we see the increasing level of contempt many of our institutions seem to have for our founding document and the freedoms it grants.

I have to just shake my head at many “adults” in today’s world, and how much they would have benefitted and grown as people if they had put down their video game controllers and smart phones, pulled up their panties, and given four to six years of their lives in service to something greater than themselves. Because at least until recently, the military hasn’t had the ability or desire to coddle and infantilize young men and women the way the rest of society does. You’re given great responsibility at a very young age, and expected to perform without excuse.

When I was 22 years old, I sat at the controls of a nuclear reactor on a billion dollar atomic submarine that carried more destructive firepower than all the munitions dropped in World War II. I had a superviser, an Engineering Watch Officer, to make sure I didn’t do something batshit crazy, but I knew more about how the reactor operated than he did and was basically trusted to make the right decision no matter what happened. And a lot can happen on a submarine at test depth, believe me. And you don’t get to hit “pause” so you can look up a cheat code to fix it. If you’ve never had the opportunity, I wish you could have lunch someday at the club on a military base, and see just how incredibly, almost unbelievably young these men and women are who fly enormous aircraft, pilot huge ships, lead armored brigades, and yes, drive submarines through the ocean’s blackest depths.

Today, a 26 year old is still a “child” covered under their parents’ medical insurance. At an age when I’d already finished my six years of service and moved on with my life, many of them are still living at home, bitching about wanting $15 an hour to serve french fries. Now let me be very clear that I think there are a lot of really terrific young men and women out there, working hard, making good decisions and applying themselves, improving their lives and the lives of those around them. But it also seems that our focus on meritless self esteem and cultural narcissism has produced way too many self indulgent children-in-adult-bodies who believe they are owed a comfortable existence and entitled to freedom from exposure to anything that could hurt their feelings or make them the least bit uncomfortable.

I thank God that our country has that strong foundation of 20 million armed forces veterans and their families to lean upon, people who know what it means to take the watch, stand a post, remain vigilant, and accomplish the mission regardless of the challenges. I believe we owe them all a debt of gratitude for voluntarily answering the call to service, as it is upon this foundation that I believe our country will continue to remain a place of unparalleled opportunity and freedom. So if you would, please join me in thanking a veteran today. 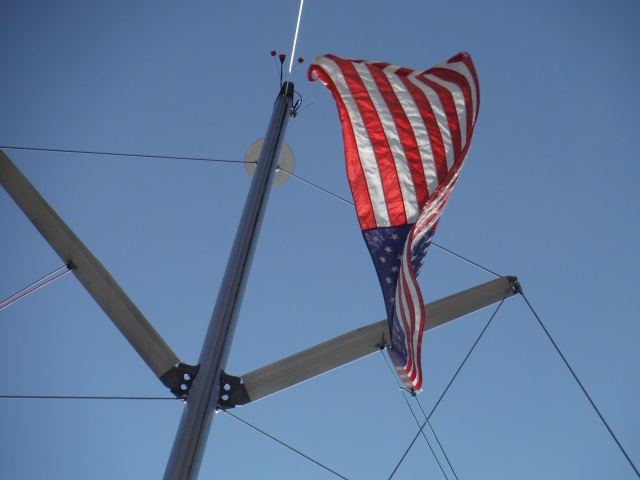