We all know the old saying. An ounce of prevention is worth a pound of cure. This is particularly true if you live on a boat and the thing you’re trying to prevent is a fire.

The ugly truth about fires on boats is that with all the flammable wood and plastic packed into such a small space, if a fire were to ever start, it would be pretty darn difficult to fight. If emptying an extinguisher at it doesn’t immediately put it out, then the fire probably isn’t going to stop until the boat is burned to the waterline. So it’s obviously a very good idea to employ a suitable ounce of prevention. And that means smoke detectors. And not just one, but several, located near the key hot spots on your boat—the galley, the engine compartment, and the main electrical panel, where problems are most likely to arise, and early notice of a problem can make all the difference.

So I was intrigued when I saw this while wandering the aisles of Lowe’s the other day: 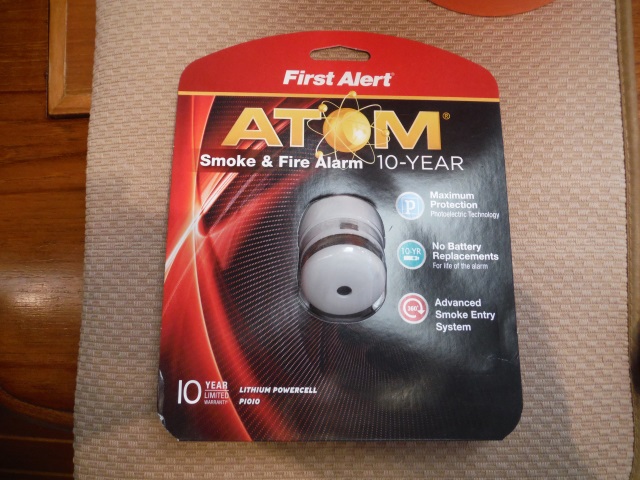 This is something new, at least to me. It’s not your typical big old ugly smoke alarm. It’s a small little compact unit, which looked perfect for use onboard. 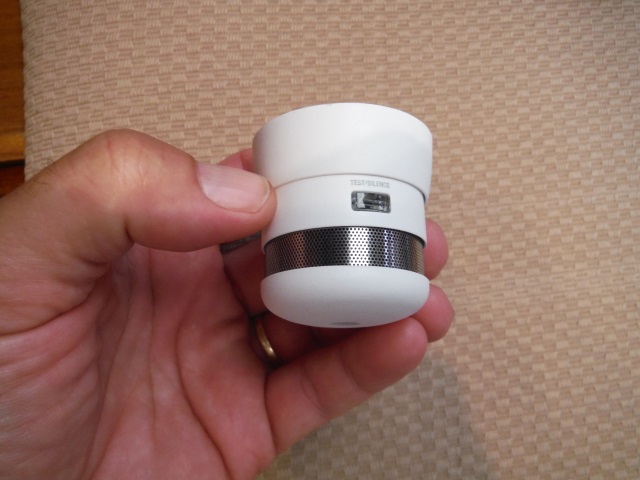 While not really a marine rated unit, at only $35 I thought it was worth a try. The ten year lithium battery means it will work independently of onboard power, and the small size makes it easy to find suitable places onboard to mount it. The conveniently located test button allows for easy checking of the device, which is one more task now added to our monthly list of inspections and equipment checks.

We tucked it behind the salon TV, above the main electrical panel, where it can remain alert to any brewing electrical problems. 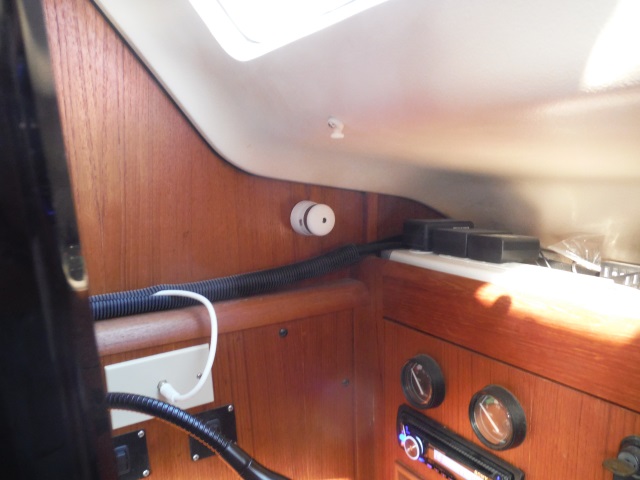 Small, inexpensive, and with a design that looks right onboard—what’s not to like? If this little guy doesn’t develop brain damage and start randomly alarming like the evil carbon monoxide detector from hell mentioned in Terror In The Night, then we’ll probably pick up a couple more before departing for our Life On The Hook™.