The final provisioning run is complete, and the last errands have been run. The car we’ve been borrowing has been washed and the tank topped off, and it’s ready for Rhonda’s sister to reclaim it. Everything is stowed, and the boat is rigged for sea. All is in readiness, and it now all comes down to weather. 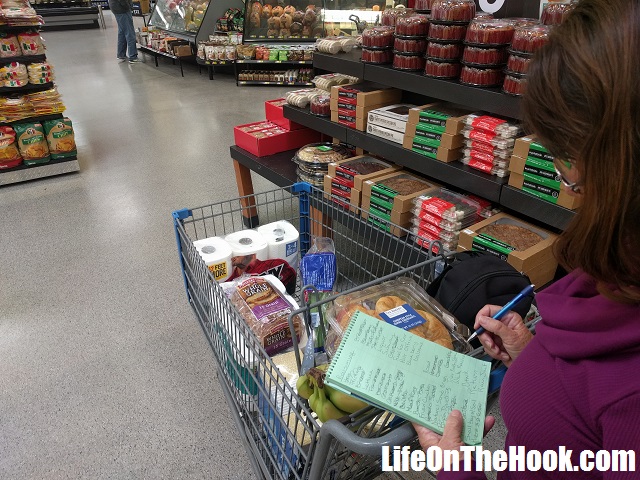 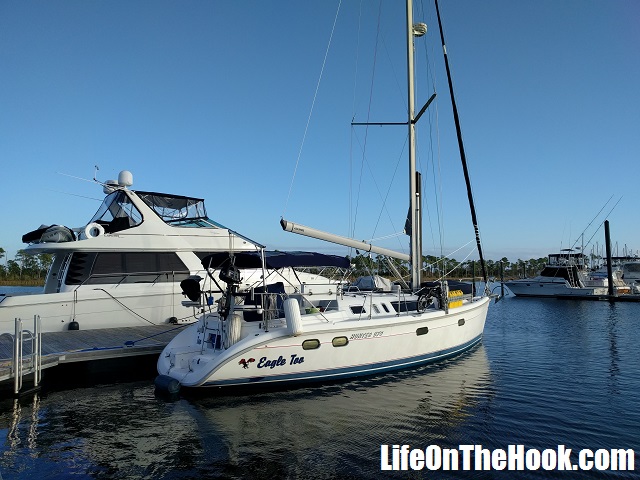 We would have preferred to head south a month ago. But the issues that brought us back to Pensacola last July have kept us here. It now appears though that things are well under control, and we are able to resume our adventure. There’s just this little issue of winter’s rapid approach. We hate sailing in the cold. Absolutely despise it. That’s why our blog’s tagline is “A couple on a boat in search of perpetual summer.” But it’s been cold lately. Like down in the lower 40’s/upper 30’s cold (about 3 – 4° C). Temperatures in which we wouldn’t even consider heading out onto the water. We’re Floridians, after all, and not New England lobstermen!  But tomorrow, the winds are predicted to clock to the south, and a flow of warm Gulf air is supposed to drive temps back up into the mid-70’s. Just what we’ve been waiting for to make the 24 hour jump to St Joseph Bay, 120 nautical miles to our east. The only problem is that in December, a warm south wind comes with a cost. A cost in the form of strong flow and high seas. The forecast calls for winds in the 15 – 20 knot range, with gusts into the upper 20’s, and four to five foot seas. We’ve sailed in those conditions before, but always because they developed while we were underway. Those are small craft warning conditions, and we’ve never really planned a departure in such weather. But it’s a choice that has to be made. We can either stay warm while underway and deal with the conditions, or wait until the winds clock back around to the north. But while a north wind will bring flat seas, in mid-December it will drive the temperatures back down into the 40’s again (where’s that global warming we’ve been promised for 30 years?)

So we’re ready to go, and we’ll make the final decision when we get up tomorrow morning and see what the day has in store for us. If the winds are less than 20 knots sustained, we’ll slip the dock lines and head out the pass. If they’re blowing into the mid 20’s, we’ll reluctantly tell the marina staff that we’ll be guests of theirs for a while longer.

If we can go tomorrow, we should be able to make it to Apalachicola before the next cold front brings storms and rain. The beginning of next week, after the front’s passage, looks suitable for making the Gulf crossing to Clearwater, and we could meet our goal of being in St. Petersburg by Christmas.

If we miss tomorrow’s window due to high winds, it will most likely be after Christmas before we’ll have another chance. And we most likely won’t see temperatures in the mid-70’s again until March or April.