This is a post for those of you that geek out on the technical side of boating and marine design. I was having a conversation recently with a fellow boater who told me that he was shopping for a cruising sailboat, but was advised to ignore production boats (e.g.  models by Beneteau, Catalina, Hunter, Jeanneau) as they weren’t suitable boats for cruising. Next to the relative merits of different anchor types, few topics will generate a more heated discussion among a group of sailors than the suitability of modern production boats for cruising. On one side you have the Old Salts, who think only limited production, heavier displacement, craft-built boats like a Hinkley, Westsail or Bristol can safely transport you to faraway islands. On the other side, you’ll find a large number of sailors who own and actively cruise their late model production boats and who know from experience that no matter where you go in the world, you’ll find the harbor full of boats that Old Salts will swear were never capable of making the trip. It’s clear which side we fall in with. We’ve traveled close to 5,000 nautical miles so far on our 1997 Hunter 376, and think she’s a terrific boat for island hopping.  There’s a list of features that we think make her a great cruiser, but the one I’d like to talk about today is how the use of an interior fiberglass floor pan stiffens and reinforces the hull.

At one time, builders hand-fitted wooden frames into their hulls, and then fiberglassed them in place. Unfortunately wood rots, particularly if water finds a way inside the fiberglass. And all the labor needed to do this fitting and layup costs a lot. So as fiberglass technology progressed through the 1970’s and 80’s, builders began devising ways to cut production costs by molding a solid fiberglass floor grid consisting of a series of box beams, and then gluing this into the hull interior. The Old Salts will say that this makes access to the interior of the hull impossible in the event that you get holed (you hit something at sea that punches a hole in the bottom of your boat). But the modern naval architect will point out that as an engineered, wood free structure, this grid is incredibly strong, light and will never rot. Personally, while both may have a point, I’ll take light, strong, cheap and durable, which benefits us every single day, over the extremely unlikely possibility of being holed while underway, requiring an emergency repair at sea.

We recently pulled up a portion of our cabin sole in order to refinish it, in the process exposing some of our boat’s interior floor pan. 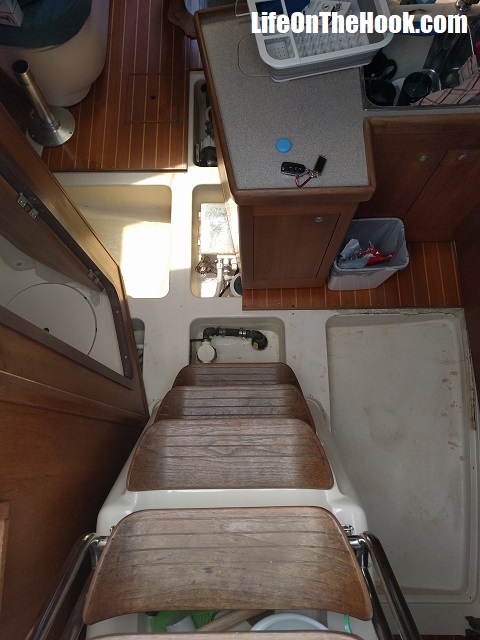 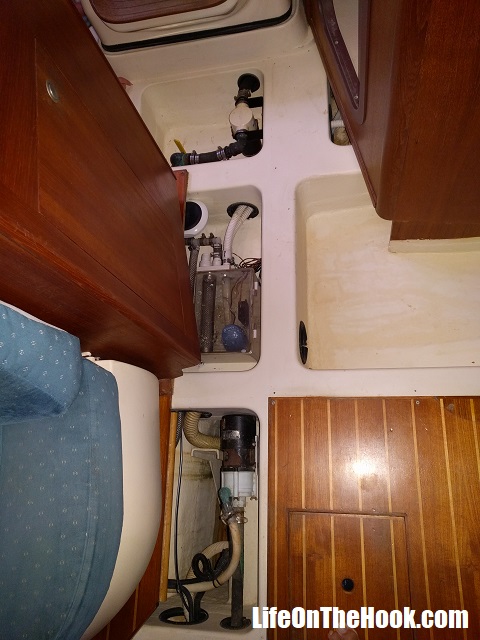 As I looked at the box beam grid, I realized that I had seen this method of reinforcing used before. Here’s a shot of a Metro subway station in Washington, DC, which Rhonda and I have ridden many times in years past: 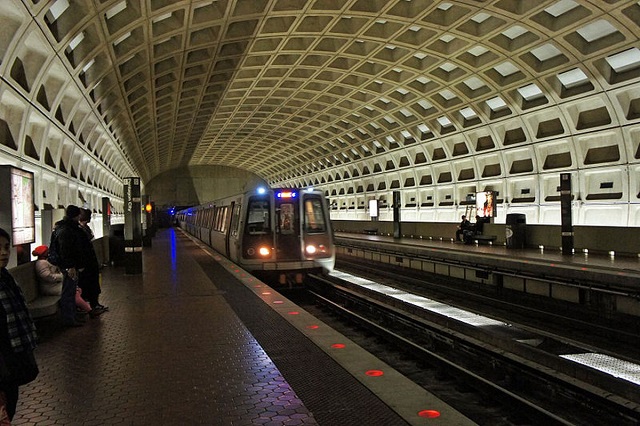 The box beam construction they used when building this tunnel makes for a light yet strong structure that resists the weight of the city above. And if you took the top of that subway tunnel and flipped it over, you’d have something pretty similar to how a modern production boat hull is designed.

To give you an idea of how long engineers have known that a box beam grid makes for a strong, light structure, here’s a picture of the Roman Pantheon, constructed almost 2,000 years ago and still standing despite being built in a seismically active area. 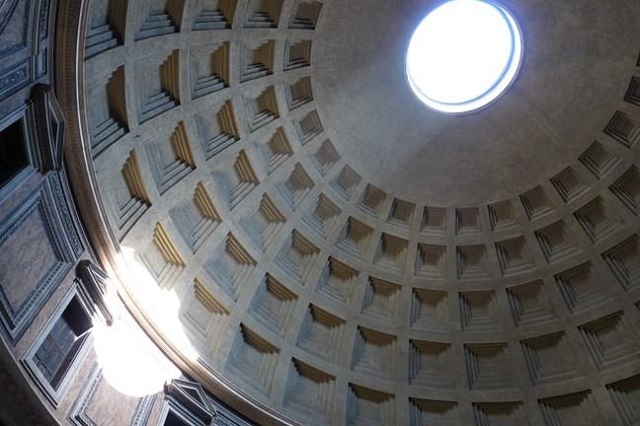 This is pure engineering excellence. So as far as I’m concerned, if an Old Salt tells you that production boats aren’t strong enough to take cruising, ask them how they can doubt a technology that’s been in use and performing well for over two millennia.