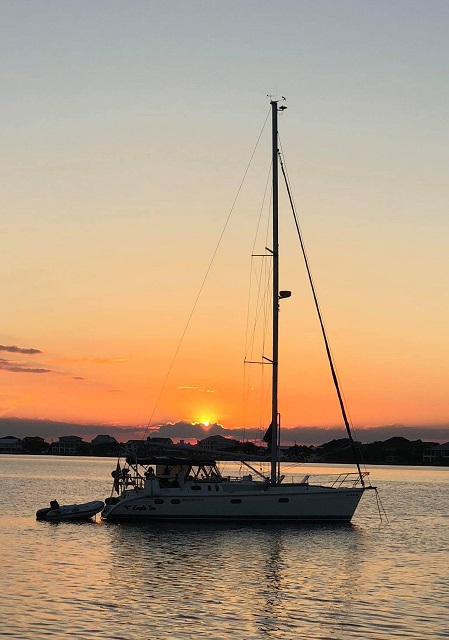 Today is April 1st. It’s the day we picked over a year ago as Departure Day, the first day of what we hope will be a grand adventure. Back when we first stuck a pin in the calendar, we hadn’t really noticed that the first of April was a Friday. As you may know (or are about to find out), there’s an old maritime superstition that it’s bad luck to begin a voyage on a Friday. Now if all we were talking about was a quick jump to the next island or a move to a new marina, well, we’re really not that superstitious. But to actually head out on the first passage of our long planned journey? It can wait a few days. Just to be sure.

And it’s also raining. Quite a lot. Much more than we’d want to try and drive the boat through if we didn’t absolutely have to. Which we don’t, because we have all the time in the world now. Well, technically we want to be in Boca Chica marina across from Key West by the end of the month, because we’ve told the Coast Guard that we’re jumping off for Cuba on May 1st. But that’s four whole weeks from now. Plenty of time to sit out a rainy spell and await sunnier weather.

So where do things now stand? Well, for the first time in 40 years, neither of us owns a car anymore. I signed the title of my truck over to its new owner last Tuesday. The buyer was actually the same person who purchased Rhonda’s car the week previously, believe it or not. As we were finalizing the deal on Rhonda’s convertible, I jokingly asked, “You wouldn’t happen to want a nice truck by any chance, would you?” Turns out he did. Rhonda’s happy that while they’re no longer ours, our former rides will continue to keep each other company in their new home. 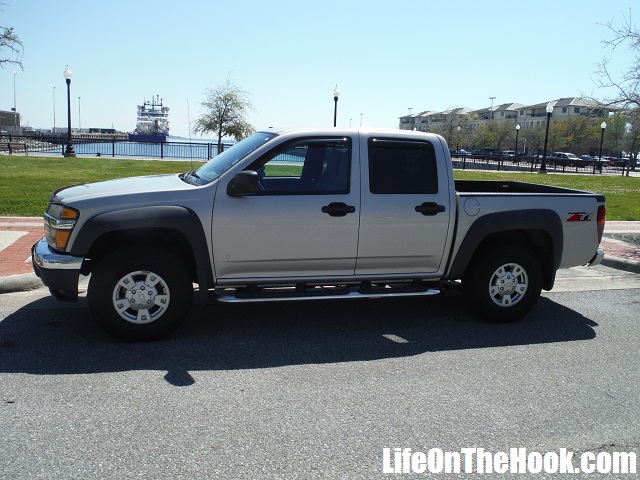 We also finally cleared out of the storage unit we wanted to vacate. It’s hard to believe that not that long ago we’d open this door to a wall of boxes stacked front to back, floor to ceiling, the result of only having three weeks to move from our home of 18 years. It took over a year to process through all of it, but we finished with a few days to spare! 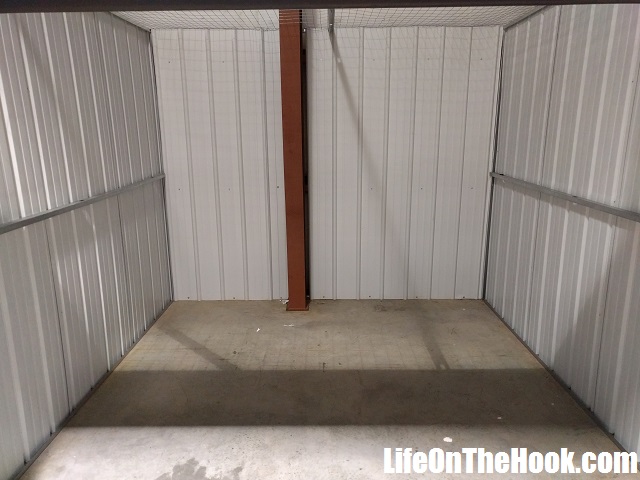 We managed to arrange the necessary appointments at the Health Department to receive our second round of hepatitis A & B shots. It’s a three shot series for full immunity, with the second shot being required 28 days after the first. We were worried we wouldn’t get in before Departure Day, but we set the alarm yesterday and started calling at 7:30 AM on the dot and succeeded in getting a same day appointment.

The generator is serviced. We rebedded a lifeline stanchion that had developed a leak. The fuel tank and the on-deck jerry cans are all full. The bikes and the watermaker are lashed down. Our new mattresses are onboard. Our rigger is stopping by in the morning to give the new rigging one last check. 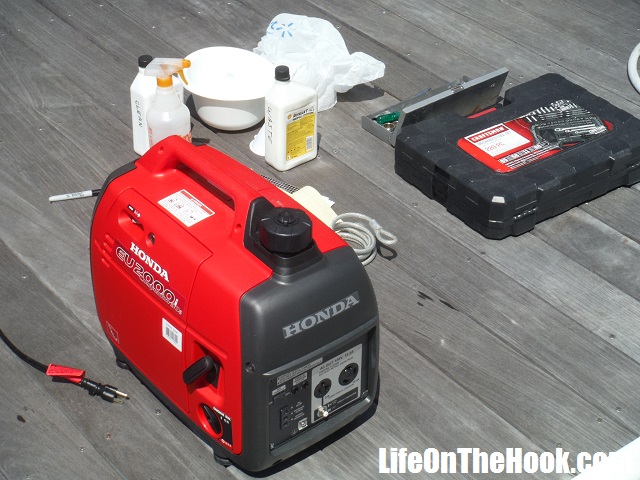 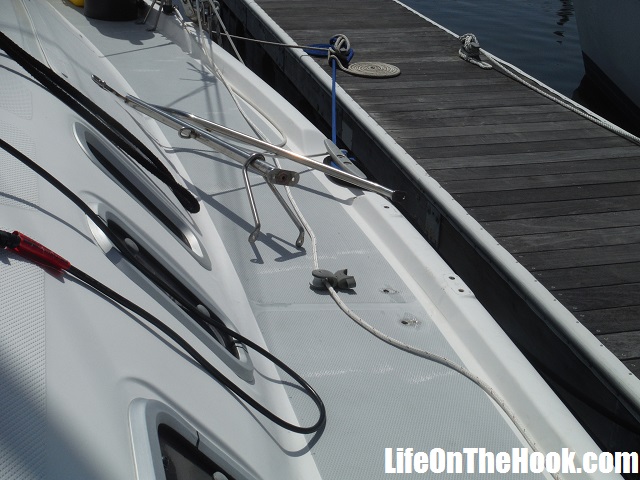 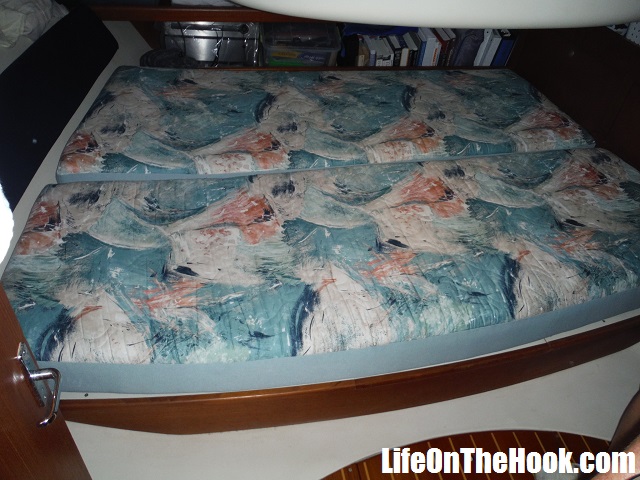 The outboard? Sigh. Let’s just say it’s being a pretty typical outboard. Even though we ran the carburetor dry last fall so that we wouldn’t have any issues with bad fuel when we recommissioned it this spring, it still refused to return to life. I rebuilt the carb and changed all the fluids and filters, but it’s still acting wonky. The local Tohatsu dealer tells me they don’t have any carbs in stock and will have to order one, which will take at least a week. But we’re not going to let it tie us down. I’ve been able to get it running well enough to make do until we can get to St. Petersburg, where we expect to find some real marine dealers that actually keep parts in stock. 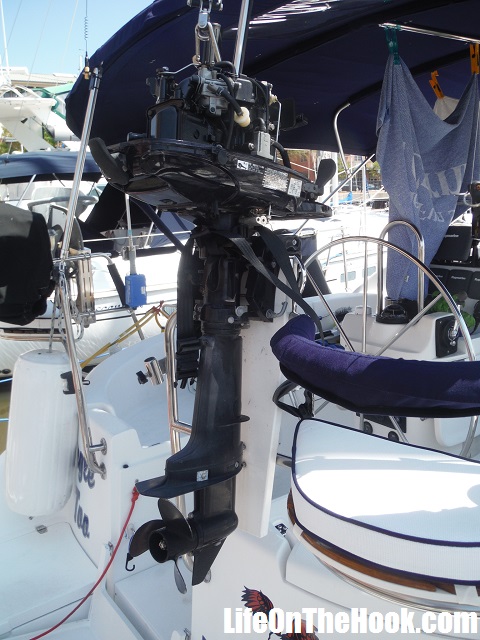 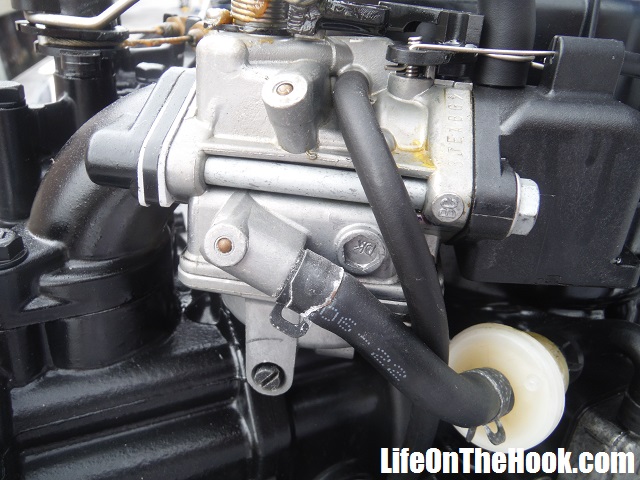 The plan all along has been to wait for the first mild Spring cold front that sweeps through after April 1st, and then ride the north winds that follow it south. Right now, it looks like Sunday might be our day. The prediction is sunny and 72° (22° C) with a brisk north wind. A perfect beam reach to St. Joseph Bay, 120 nm to our east. An easy overnight passage with a favorable breeze.

Rhonda is making our final provision run tomorrow. We’re returning the borrowed car to her sister. We have a few things yet to stow or tie down, but nothing that would prevent our departure. If the weather holds true, we intend to bring the lines onboard at 0800 on Sunday April 3rd.

And then the fun really begins… 🙂