In The Beast Arrives, we posted about our new 55 lb anchor from Mantus Anchors in Kemah, Texas. Once it was hung on the bow roller, we then had the little matter of what to do with our old 35 lb Manson Supreme. Since both anchors are modern spade designs with roll bars, they weren’t going to fit side-by-side on the bow. But the Manson is just too good of an anchor to let go of. After all, the only time it ever let us down was during the 50+ knot winds we encountered in Our Perfect Storm. I had this idea that if I could find a way to store it on the stern pulpit, it might make a great emergency brake if we ever needed to stop the boat in a hurry.

As it turns out, the folks at Mantus make what looked like a terrific solution to our dilemma. It’s a rail-mounted anchor bracket that holds a wide variety of anchors. But the specs on the unit say that while it can carry up to a 45 lb Mantus or Rocna, it can only hold a 25 lb Manson. Wondering why this would be so since all three anchors are very similar, I called Mantus to ask why.

It turns out that the stock on the Manson Supreme is extra tall to incorporate their unique rock slot, and this prevents it from fitting in the bracket properly. But this is where the folks at Mantus stepped up. Rather than just saying, “So sorry, thanks for calling, buh-bye,” they instead offered to grind the bracket so that the internal rollers could be set deeper and allow it to take our Manson anchor. For free. While also giving us a Miami Boat Show discount, when we weren’t even at the show. Sold!

Unfortunately, after taking some measurements, they emailed me back to say that it wouldn’t be possible to modify the bracket the way they thought. So we brainstormed a little. And I said, “You know, it looks to me like if you removed the bracket rollers and just used the roller axle bolts, the anchor should fit.”

“You might be right,” they said. And then they actually took the time to remove the rollers from one of their brackets and take it to West Marine, where they pulled a 35 lb Manson Supreme off the shelf to test it. And then they took pictures and emailed them to me to show that it would work! Now understand, I’m not talking about a $5,000 item here. This bracket was less than $150. How hard would it have been for them to just say, “Not worth the effort,” and blow us off? So I’d definitely call that “going the extra mile.”

So the bracket arrived and after playing around with it a bit, I found that you could leave the bottom roller in place, only the top one had to be removed to allow the 35 lb Manson to fit. I just slid a short length of scrap water hose onto the axle bolt to cushion the anchor. Color me happy. 🙂 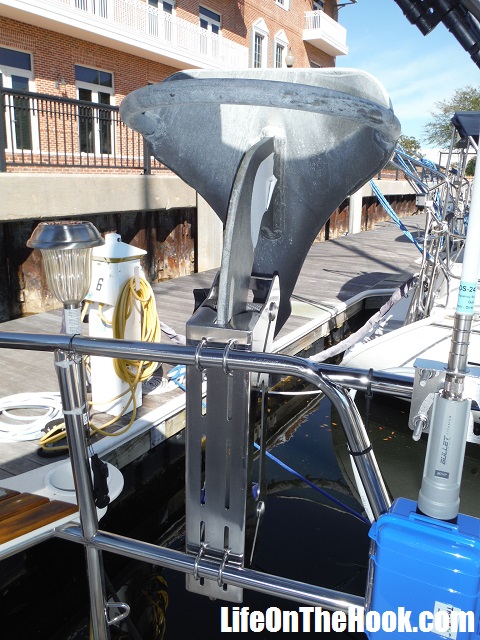 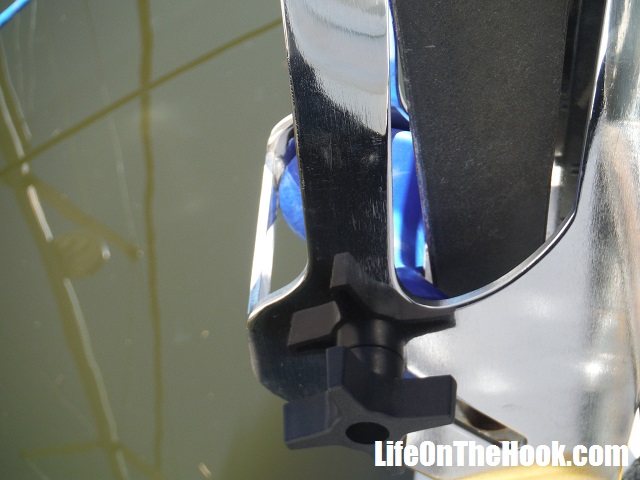 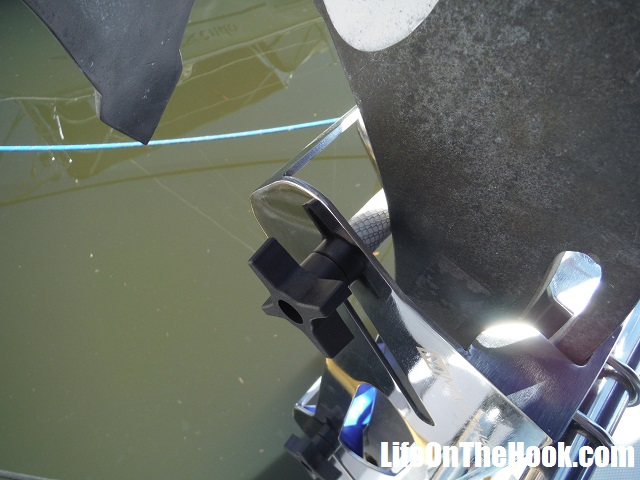 In addition, I had heard about some fancy new rail clamps that Mantus had developed, and I wanted to try some. They looked like they could be really useful as we work out where we’re going to store all the gear we plan to bring onboard prior to departure. So I purchased a pair. When they arrived, I tested one out, snapping it onto our bimini frame, the new top rail we recently added, and the companionway handholds. But when I tried it on the aluminum cargo rack we had made for our cabin top, I broke the clamp. I could tell that there was some extra resistance when I tried to clamp it, but I forced it, and it snapped. I was really puzzled by this, because everything I tested the clamp on was supposed to be 1″ railing. But I pulled out my micrometer and took some measurements, and learned that while the stainless steel bimini frame, top rail and handholds were all 1.000″, the aluminum cargo rack tubing measured 1.04″. This was apparently enough to overload the jaws on the clamp when I tried to close it, as it just wasn’t able to compress that aluminum tube down to 1″.

“Oh well, lesson learned,” I thought. I also thought that the folks at Mantus might like to know that their clamps probably aren’t suitable for use on aluminum railing, so I sent them an email describing what had happened, along with a picture of the broken clamp. That’s all, I wasn’t really looking for anything from them. But less than 30 minutes later I received a return mail apologizing for the problem I’d encountered and informing me that they were sending me two more clamps for my trouble! 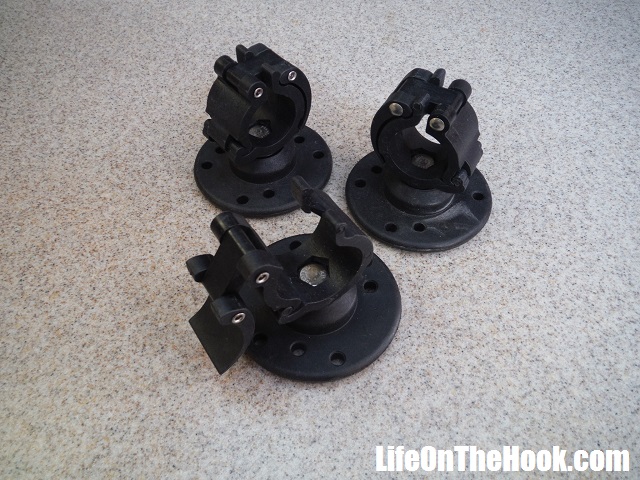 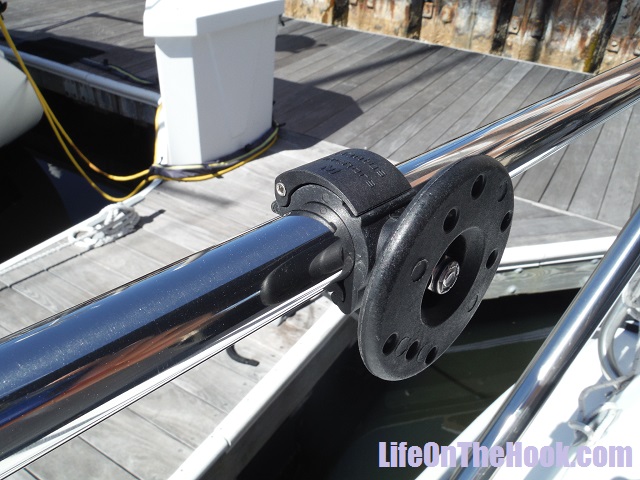 So this is a little shout out to the folks at Mantus Anchors thanking them for their devotion to customer support. A company that tries this hard to earn your business is a pleasure doing business with.