In the truest Pooh fashion, it was a very blustery day. Fresh from its Mexican vacation, the remnants of what had been Hurricane Patricia dropped by to pay us a visit. 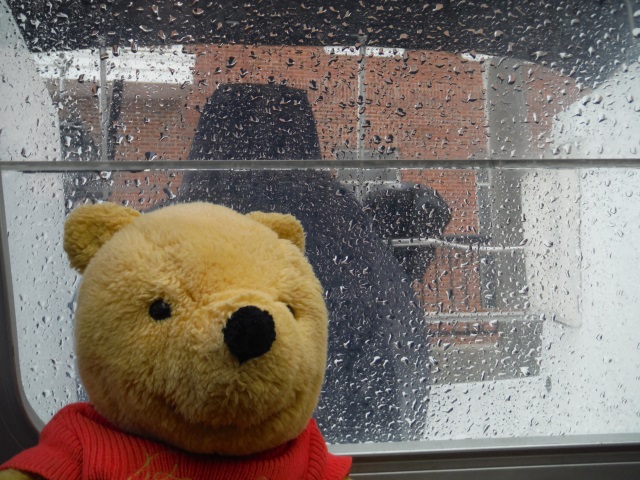 At one time the strongest hurricane recorded in the eastern Pacific with winds topping 200 mph (some reports say gusts as high as 245), by the time it stopped by to say hello to Pensacola it was a much diminished echo of its former self. Still, buckets of rain and near 50 mph gusts and the sound of fenders grinding against the pier were enough to cost us a night’s sleep and unravel our plans for the day. So we piled throw pillows in the settee and Rhonda, Pooh Bear and I settled in to catch up on some shows that have been accumulating on the DVR.

The occasional loud bang or violent shudder would send us scurrying to the ports to take in the scene outside and survey for possible damage. 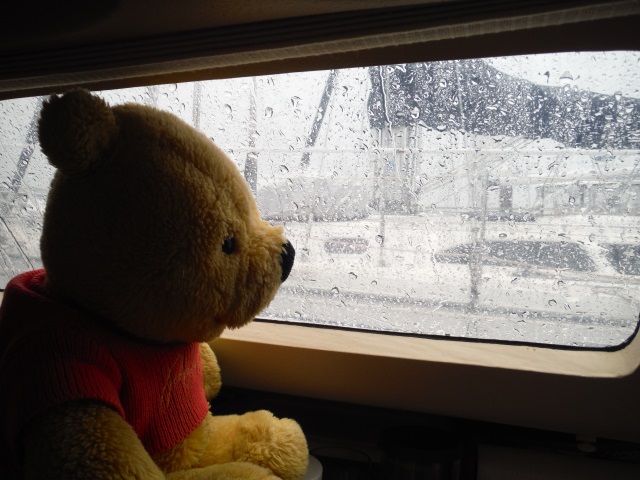 We rocked and we rolled. We sprang a few leaks. We popped a 10” fender and I went topside to pull a spare from the line locker and rig it. I went above again when an empty diesel fuel can tried to learn to fly. We hung wet foul weather jackets in the shower and started a collection of damp towels.  And we watched as gusts started blowing apart the bimini and stripping the cover off the dinghy on the boat in the slip next to ours. 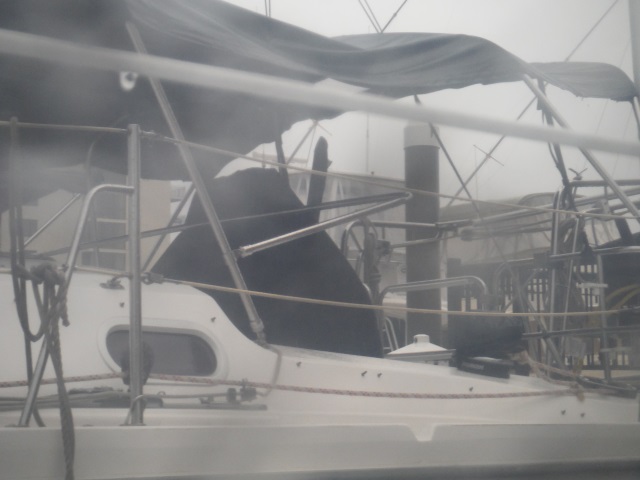 It was 24 hours of anxious, uncomfortable bluster. Although it wasn’t declared as such, we basically rode out a tropical storm, as we measured a peak gust of 42 knots (48 mph, or 78 kph) and received six inches of rain. Thank goodness Pooh is a bear of calm manner and even temper, as his stoic example helped assure us that, while a bit unpleasant, everything was under control. 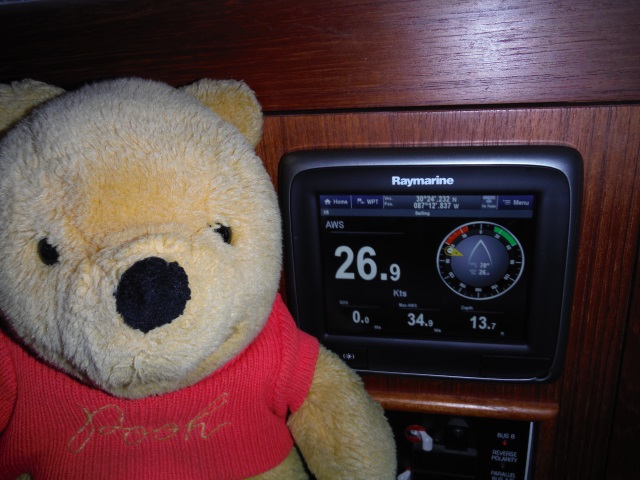 Only a peak of 35 knots here. We eventually measured 42.

He’s just the crewmember to help brighten the mood during a long, dark, and oh so very blustery day! We’ll have more to say in a future post regarding his role onboard Eagle Too.

But for now, may we have some sunshine please?