When it looked like our cruising season had been ended by my  recent injury, we began eating into our store of onboard provisions. But now that it looks like we’ll soon be on our way again, we’ve started restocking the pantry. Here are some provisioning tips we’ve learned for you current or soon-to-be cruisers out there.

First, before we leave the states we stock up on some essentials. We like to have plenty of shelf stable UHT milk (no refrigeration required until opened) onboard to make our morning lattes. While we’ve never had a problem finding bacon or some sort of breakfast sausage wherever we’ve traveled, we have had a hard time finding things like Spam and corned beef hash. Spam and hash can be scarce in the Bahamas, and when you do find them, they can run six to seven dollars a can, compared to about two bucks here at Publix. 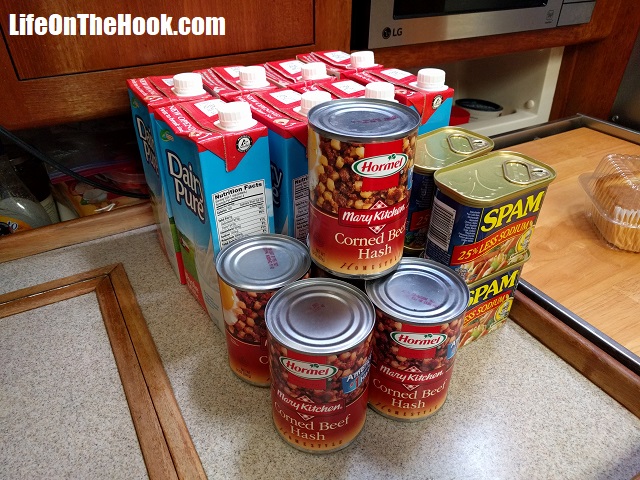 Refrigerator space is some of the most valuable space on a boat, so in addition to buying UHT milk, another way we’ve found to stretch the limits of our cold storage space is to stock up on canned butter. We usually get a confused look from people when we mention it, and you probably won’t find it on the shelf at your local grocery store, but it’s easy to locate online. This is really high quality creamery butter from New Zealand that tastes wonderful. Each can holds the equivalent of three sticks of butter, and can be stored in the pantry with the other canned goods. As we open each one, Rhonda transfers the contents to a small plastic storage container to keep in the refrigerator. 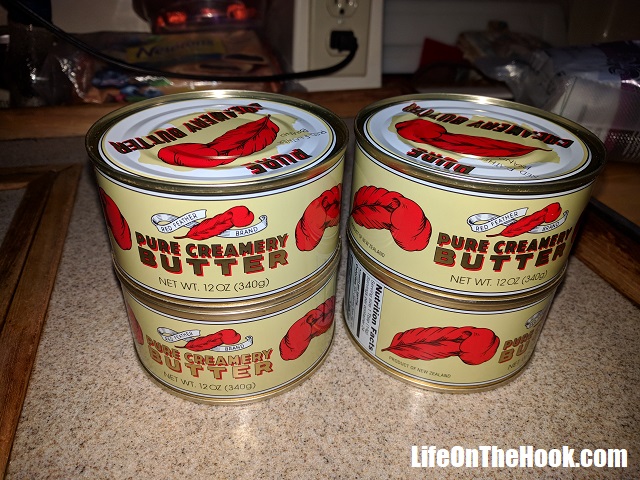 We’ve never had a problem finding flour and oatmeal wherever we’ve traveled, but all the flour or cereal products we’ve purchased in Mexico (even at major stores like WalMart and Sam’s Club) or in small groceries in the Bahamas have come with unwelcome guests in the form of weevils. It’s common in stores down in the islands to have to look for flour in the freezer, as it’s the easiest way to protect from infestation. A traditional cruiser’s way of dealing with this is to add a liberal amount of bay leaves to the containers used to store pasta, cereals and grains. Apparently there’s something about them that weevils just can’t stand. So we keep an ample supply onboard. It’s much cheaper to purchase bay leaves in bulk than to buy spice-sized bottles, and this gives us enough to let us throw a liberal amount in each container used for cereals or grains. Plus we have plenty onboard for soups or stews! 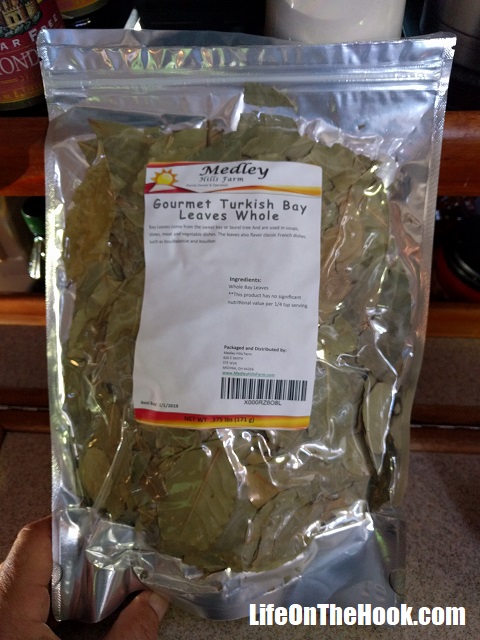 Believe it or not, mac & cheese is a major staple in the Bahamas. They serve it as a side for everything, along with a dish called peas & rice. Dicing a can of Spam into mac & cheese is an easy to make one-pot meal when underway that we’ve found is one of the few things that goes down easily and stays down when it’s rolly enough to start making us feel a little green around the gills. So when we saw this while doing some online provisioning, we decided to give it a try. 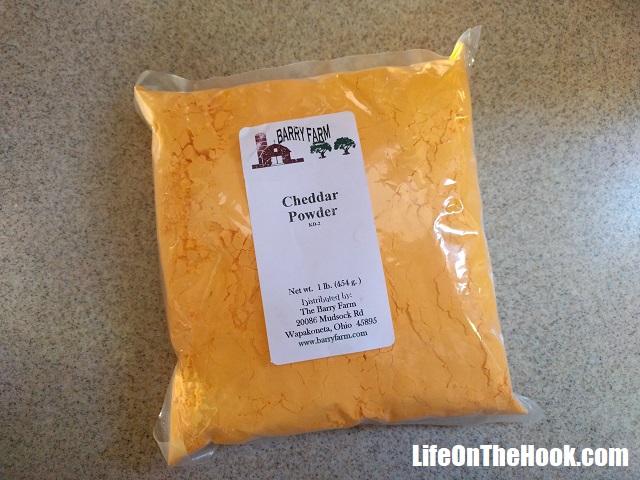 It’s apparently a whole pound of what’s in that packet of golden goodness that’s included in every box of Kraft mac & cheese. We always have plenty of pasta onboard, and usually have butter and UHT milk, so with this, we’ll no longer have to hunt for boxes of Kraft while we’re down in the islands. We’ll let you know how it turns out. Plus we’re all set if we decide to whip up some beer & cheese soup someday!