We first heard about Lee Stocking Island from some cruisers we’d met further up the Exumas. It was an odd place, they told us. It had been home to a large marine research station that had been suddenly and completely abandoned in 2012. The crew just got on boats one day and left, leaving everything behind. As recently as two or three years ago, they said, you could still find computers sitting on desks, outboard motors on skiffs, and equipment in the labs.

It sounded like an episode of Lost. This we had to see.

It was a short trip from where we had anchored at Rudder Cut Cay to see David Copperfield’s underwater sculpture The Piano. Only 12 miles or so.  Of course, we had to thread our way out Rudder Cut and then back in through Adderly Cut. Navigating cuts, which are the breaks between the Exuma Cays that provide passage between the Banks and Exuma Sound, is one of the most dangerous navigational challenges you face down here.  Huge volumes of water stream through the cuts, generating strong tidal currents. The tumultuous reversing seas and standing waves that sometimes arise, as well as numerous reefs and rocks, have ended more than one cruiser’s journey. We then had to ride a rising tide to clear a large shoal in order to get into the anchorage. But hey, it was only 12 miles or so.

It took a radio call to boats already in the anchorage for guidance on navigating our way in. An hour of seeing a foot or less under our keel left Rhonda craving a stiff drink by the time we finally dropped the anchor. But we obviously made it, or you wouldn’t be reading this. Three or four weeks ago, we would have just passed on by. But after dozens of Cays and weeks of navigating the shoals and channels of the Banks, I was sure we could do it.

So what did we find? Here, have a look. 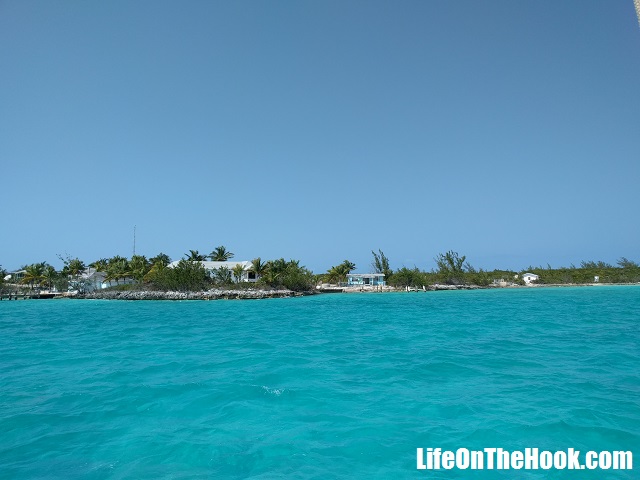 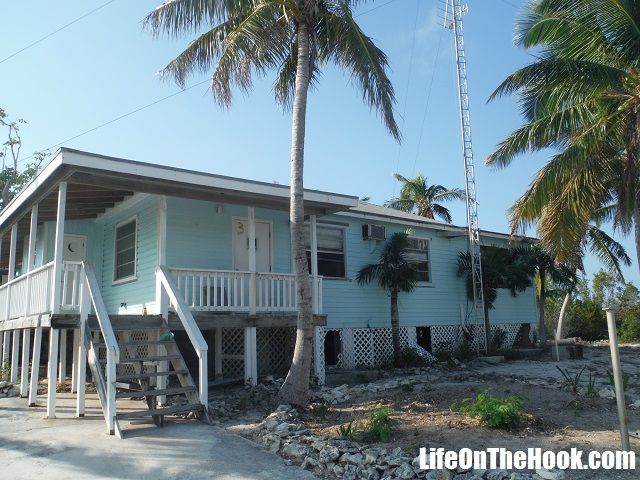 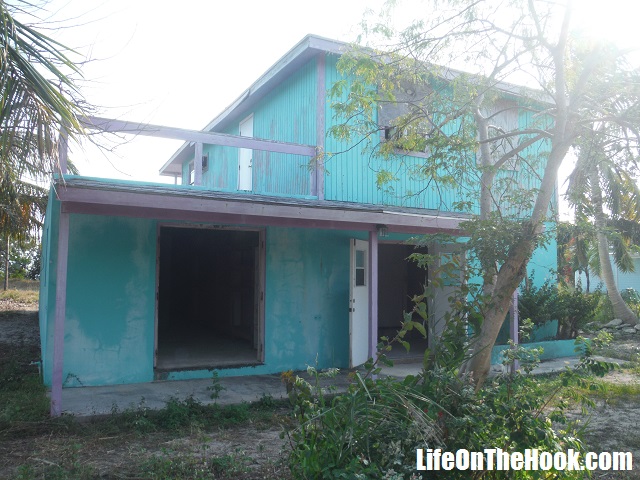 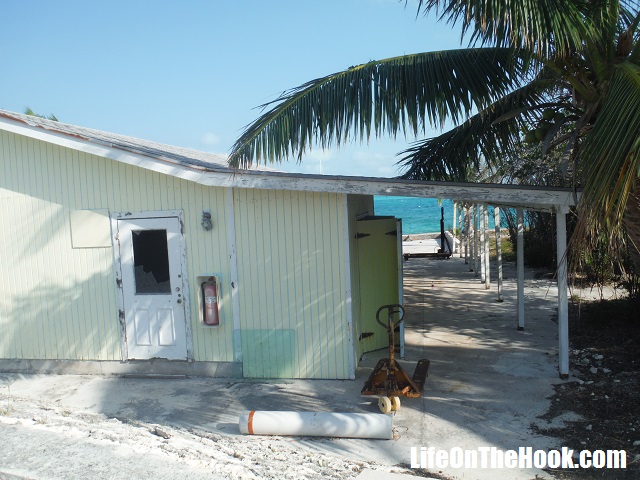 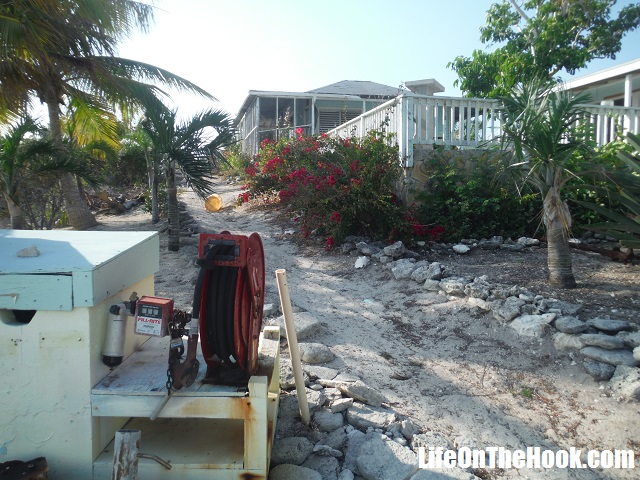 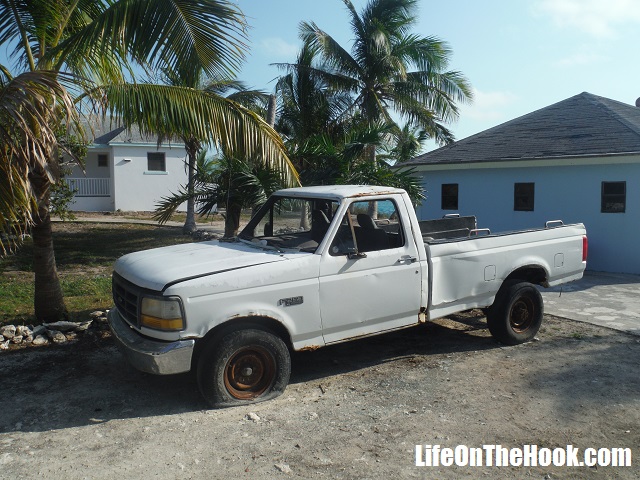 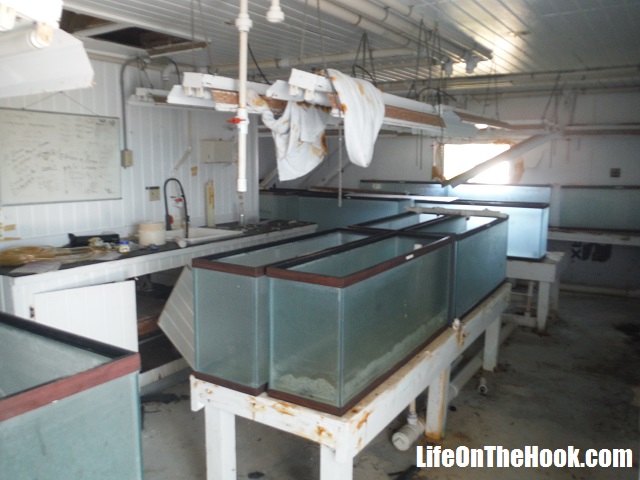 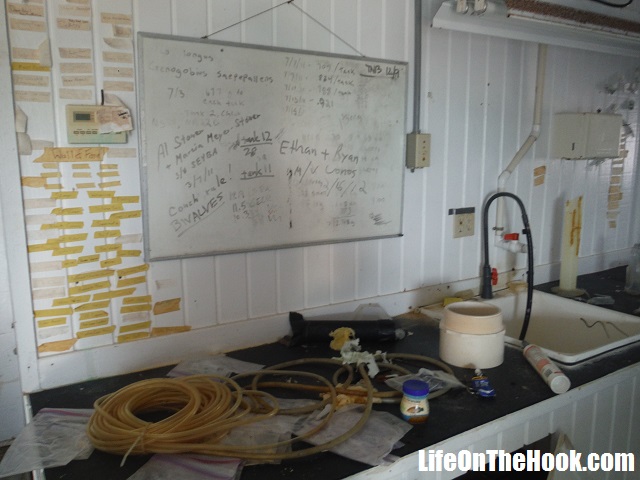 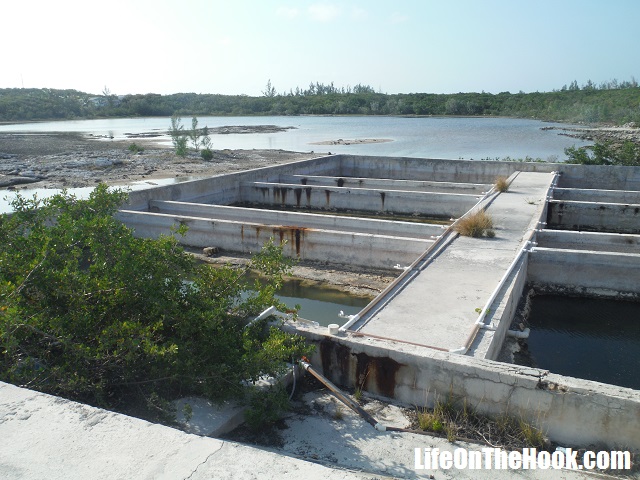 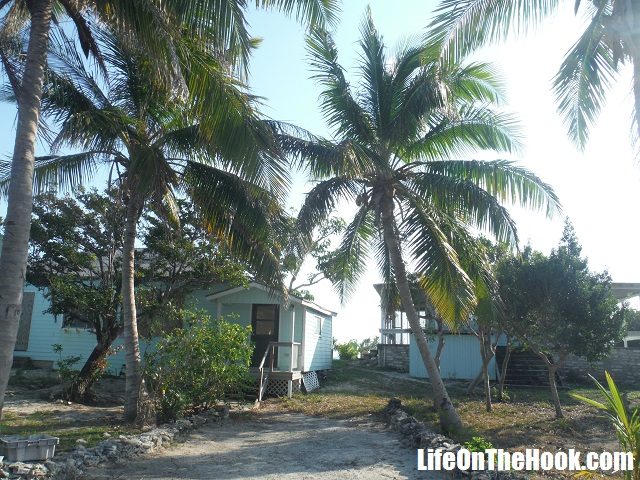 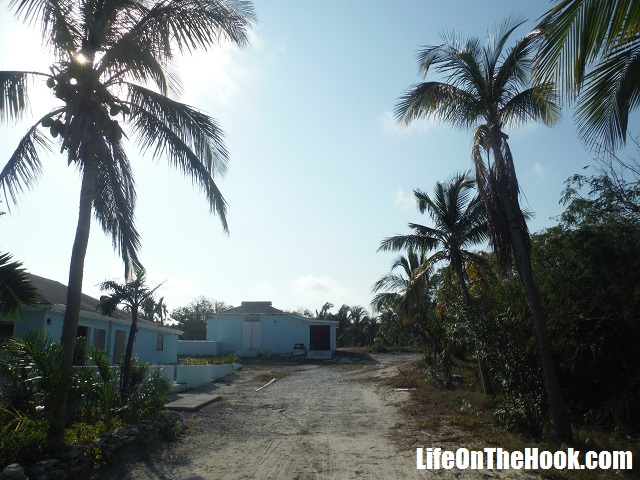 I can’t believe Hollywood hasn’t made a horror movie here. We walked about the property for an hour, the only people there, feeling a bit uncomfortable and out of place, as if we shouldn’t be intruding in this Bahamian ghost town. It definitely wasn’t your typical Exumas experience. But it’s a stop I’m glad we took the time to make.

And by the way, you may have noticed that it’s been darn near a month since we’ve updated our blog. That’s entirely due to how rare it is to find a decent internet connection here in the Exumas. While we’ve occasionally been able to get a good enough connection from a nearby BTC (Bahamas Telephone Company) tower to do a quick Facebook update and sometimes even upload a few pictures, it has been over four weeks since we’ve had WiFi with enough bandwidth to do a blog post. But we arrived today at Emerald Bay Marina on Grand Exuma Island, where it looks like we’ll be hanging out for at least a few days, maybe a week, to wait for some windy weather to blow through. We’ve seen and done some amazing things in the last four weeks, so maybe we’ll have to do a mother-of-all-update posts to catch everyone up!