It’s been three months since I placed the copper fittings in the air conditioning seawater strainer as described in Boat Hacks – Marine Growth Edition, and it’s time for an update. I’ve cleaned the strainer about three or four times since starting this experiment, and while the addition of copper hasn’t done a thing for the slime and soft growth that forms (nor did I expect it to), I haven’t found a single barnacle forming inside the strainer body since that time. Usually there would be a half dozen or so that I’d have to chip out at each cleaning.

I used my digital caliper to compare a new fitting to one that’s been inside the strainer for the last 90 days, and I found that the used one was uniformly thinner by about a thousandth of an inch. 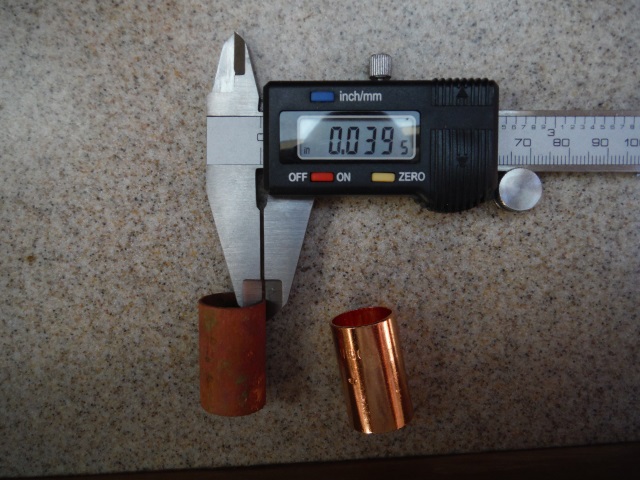 This tells me that copper is definitely dissolving into the seawater as it flows through the system. So with no apparent downside, a very low cost to implement, and good results so far, I’m going to call this hack a success!