It wasn’t much more than six or eight weeks ago that I was smugly telling my brother that I could count on one hand the number of rainy days we’d experienced since leaving Pensacola last November. While the folks back home were being soaked by an endless succession of cold fronts, we were living in a climatic bubble in St Petersburg, where some curious quirk of geography brings endless sun. In fact, at one time the St Petersburg Evening Independent, the town’s afternoon newspaper, offered copies for free after any day that the sun didn’t shine. Over its 76 years of publication, they only had to stand by their “sunshine guarantee” three or four times a year.

Even once we left St Pete and finally started heading south, good weather seemed to follow us. We were pinned a few times by some blustery days, but hardly ever had to deal with wet weather.

Everything changed on the 1st of May. The day after arriving in Salt Cay, Long Island, the sky turned cloudy and threatening, with occasional rumbles of thunder, and it’s stayed that way ever since. Four weeks later, we’re holed up at Bimini Sands Marina while heavy weather generated by TS Alberto blows through. During those four weeks, we’ve been dogged by squalls, chased by thunderstorms, besieged by blustery winds, and tossed about by swells and chop, forcing us to seek refuge in marinas to get some relief.  We’ve had a boat near us hit by lightning, ridden out 35 knot gusts, and sat at anchor trying to sleep while the boat pitched up and down at least five feet. I’m not really sure where my sunglasses are as I haven’t needed them in weeks, and I believe our tans are starting to wash off.

I think we’re experiencing weather karma. Some cosmic retribution for being so smug about how fabulous things were initially.

It’s currently blowing 15 knots gusting to 25 with occasional heavy rain, compliments of Alberto. Our best guess is that it will be another couple of days before things calm down enough to let us resume our journey homeward. Yesterday afternoon we walked over to look at the entrance to the marina, and watched breaking waves sweeping into the channel. 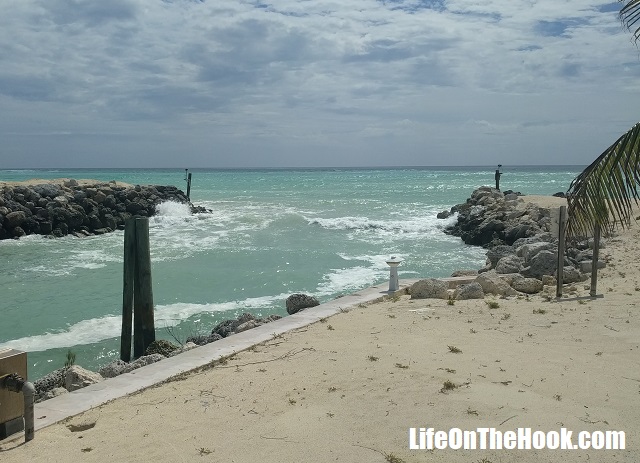 A center console fishing boat nosing its way out was launched at a 45 degree angle by the surf. Not a chance we’d try to push our way out through a swell like that. Today is Memorial Day, and the seas are supposed to be running 5 to 8 feet in the Gulf Stream. But they’re calling for two foot seas and 10 knots of SE wind by Wednesday, so we’re making preparations to head back across to Florida. I think we’ll try crossing from here to Fowey Rocks near Miami, and then hang a left in the Hawk Channel to start working our way down the Keys. It’s not the route we would have initially picked, but the weather has pushed us further north than we’d normally want to be for a Gulf Stream crossing. 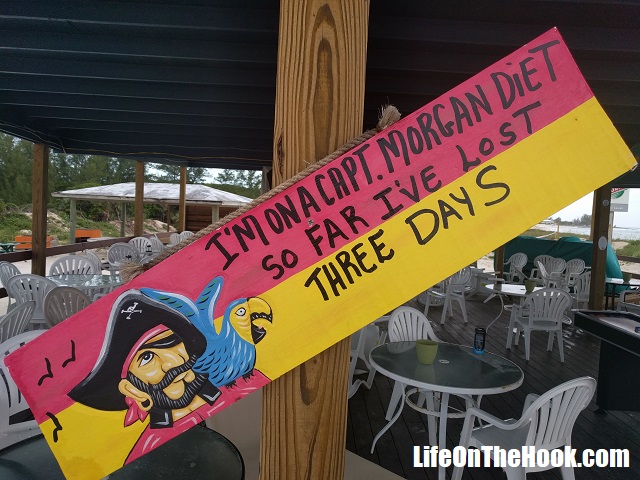 But that’s a concern for another day. For now, we have some good books on our Kindles, we can pick up TV and FM radio from Miami, and being plugged into shore power means it’s cool and dry onboard since the air conditioning is running, so I think we’ll just have a couple more fruity rum drinks, relax, and wait for the sun to come back out. I mean, it has to eventually, right? 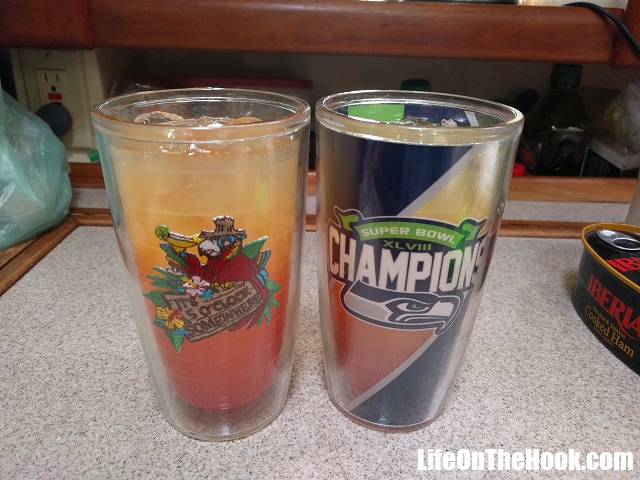