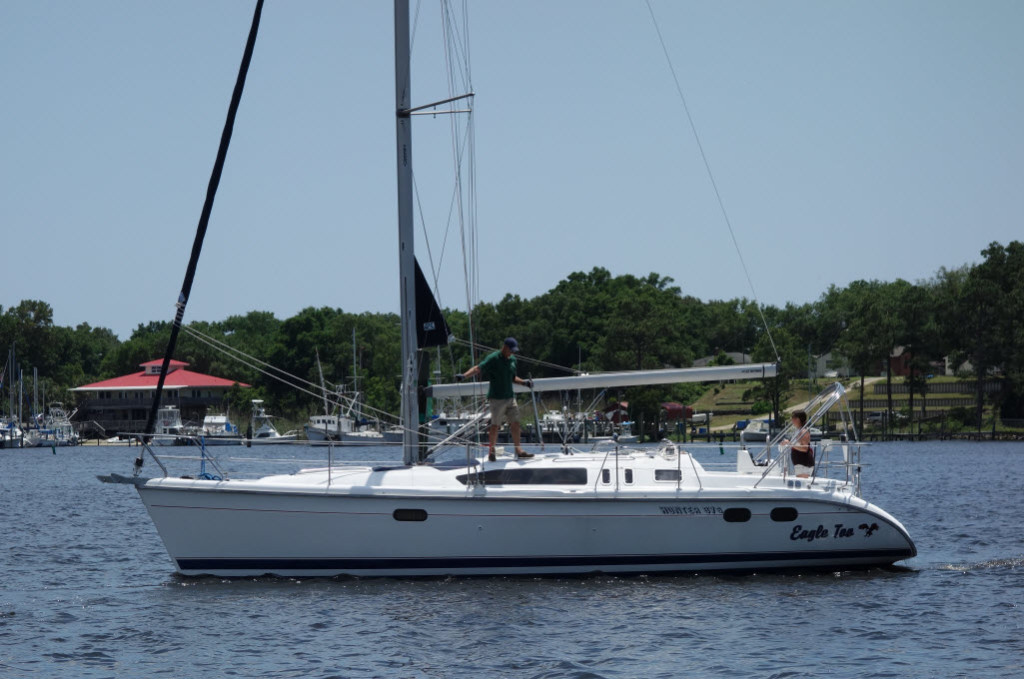 Eagle Too is a 1997 Hunter 376 that we purchased in April of 2014. We bought her from her original owner, who had purchased her new and kept her on Watts Bar Lake in Tennessee for her entire life. Her name is a tribute to our first boat, a Hunter 336 named Eagle. Since we already had so many items with eagle emblems, and our dinghy is named Eaglet, we decided it was easier to stay with the theme rather than try something different.

So what made us choose a Hunter 376 as the boat to take to the islands? In a word, comfort. Many people think or are told that when looking for a cruising boat, they need to find one that has been designed for blue water passagemaking. But most cruisers spend over 95% of their time at anchor, and in the Caribbean and along the east coast the vast majority of passages are 36 hours or less and can be planned around suitable weather windows. So it seemed to us that a spacious cockpit and roomy interior that provided ample space to live at anchor was much more important than a boat that was designed to handle conditions that we would most likely never encounter. Blue water boats tend to have deep, dark, cramped interiors and extremely small cockpits. Our 376 can easily seat ten in the cockpit, and has a separate shower area (important for civilized living when at the slip), a roomy two-person galley, and huge queen-sized berths in both cabins. We did at one time hope for a boat with a second head, but we found that it’s really not practical in a boat under 40 feet. 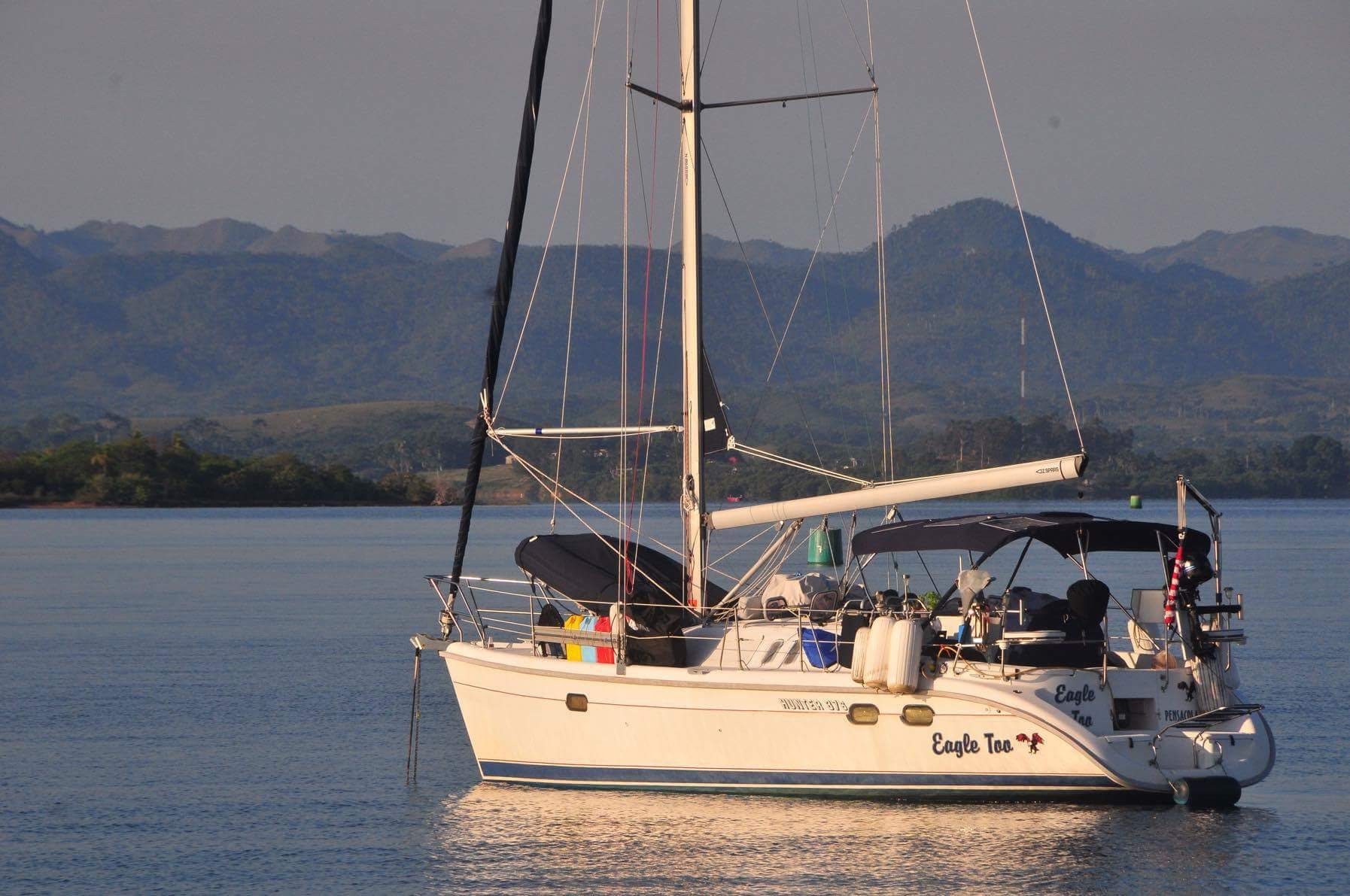 Eagle Too in full cruising trim at anchor in Bahia Honda, Cuba in May 2016

Next was the desire to have a boat that could stand up to trade wind conditions. Our previous Hunter 336 required a reef at 12 – 15 knots, and a second reef by 20 knots. In the trades, 20 – 25 knot winds for days on end are the norm. We knew we needed a bigger, heavier boat to handle those conditions. But the cost to operate and maintain a boat increases dramatically as the size increases. The 376 seemed to hit the sweet spot for us, being big enough to sail along all day in 20 knots of wind, but small enough to not require selling an internal organ to afford a bottom job.

Designed for ease of maintenance. Engine access is superb on the 376. The entire engine enclosure lifts up on a gas spring, and pulling the engine entirely (which we hope never needs doing) would only require removing the engine box hinges and hooking up a chain hoist. The hull is solid glass below the waterline, so there are no worries with wet hull core, and the major deck items are mounted to aluminum plates embedded in the deck mold to eliminate wet deck issues.

A swim platform and walk-thru transom. For both safety and convenience, it was very important to us to have a boat with a walk-thru transom and easy water access. Everything from cleaning fish to washing the dishes is easier with convenient water access, and we’ve absolutely hated the times we’ve dinghied up to a vessel with a conventional stern and had to shimmy up a skinny vertical ladder to climb aboard. And it doesn’t do much good having a Lifesling onboard if there’s no way the crewmember in the cockpit could lift a man overboard up over the transom.

Some people may have a poor opinion of Hunters. I strongly believe that since the early 1990’s their boats are every bit the equal of any other production boat built. All the gear onboard is Harken, Garhauer, and Schaeffer. The Yanmar diesel is bulletproof. And I was quite impressed when we drilled a hole to install a new transducer and found the hull forward of the keel to be almost an inch and a half thick!