As you may know, there’s an old superstition that says that celebrity deaths always come in threes. For example, did you know that Ed McMahon and Farrah Fawcett both died in the same week as Michael Jackson? Spooky, eh? It’s a common enough occurrence that whenever we hear of the death of someone famous, we wonder who the next two will be.

Apparently, this evil juju has now extended its influence to include the pieces and parts that make up a sailboat. Maybe this sinister cosmic force was just looking for something new to dabble in. Who knows.  But I’ve written before about how when you’re developing your cruising budget, you should plan on annually spending 10% of your boat’s purchase price on maintenance and repairs. As things would have it, this month was looking like a pretty good one for us. Probably due to the fact that we’re really just sitting in the marina while I recover from knee surgery and thus not using the boat much, I thought we were actually going to get away with no broken things needing expensive parts to fix, which definitely helps the financial bottom line. Not that we haven’t been paying to fix things lately. It’s just been money spent on doctors and physical therapy to fix my broken kneecap, rather than parts of the boat.

But then Rhonda noticed some water in the bilge. Not too much, just a few pints, but since we keep a dry bilge, any water down there means something is wrong. It’s the biggest reason why we encourage people to try and create a dry bilge. Not only does it help with odor control and keep the humidity down, it also gives you a clear warning when something starts to leak.

The good news was that the water was fresh, which meant a plumbing or rainwater leak. Finding saltwater in the bilge means your boat is slowly sinking, and the bilge pump is the only thing keeping you afloat.

I suspected I knew the source, and pulling the settee apart so that I could access the freshwater system revealed a leaking freshwater pump gasket. I jumped on the Defender site to order a replacement. While I was at it I also ordered an inline shutoff valve from Plumbingsupply.com that I’ve been wanting to install upstream of the pump so that I can easily isolate our water tank if I want to do some maintenance on the freshwater system. 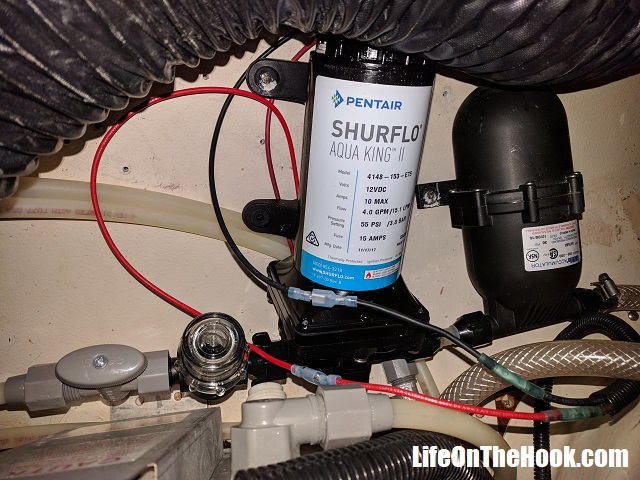 New isolation valve on the left, and quick disconnects installed in pump wiring to make a future replacement easier.

Next, it’s that time of month when I like to run our outboard motor and generator to make sure the gas in the carburetors doesn’t go stale. It’s a precautionary routine maintenance task that we try to regularly do to ensure they’ll both easily start when we need them. But apparently we were now caught up in the rule of threes, because when I inserted the motor safety key in the stop switch so I could start the outboard, the red kill button fell off in my hand. It’s really not supposed to do that. While you can disconnect the switch and still start the outboard, it’s a bit hard to shut the motor off without this little piece of safety equipment. So I was off to Boats.net to order a replacement. I’m just glad this happened here at a dock in St Pete during a routine check, rather than somewhere down in the islands. 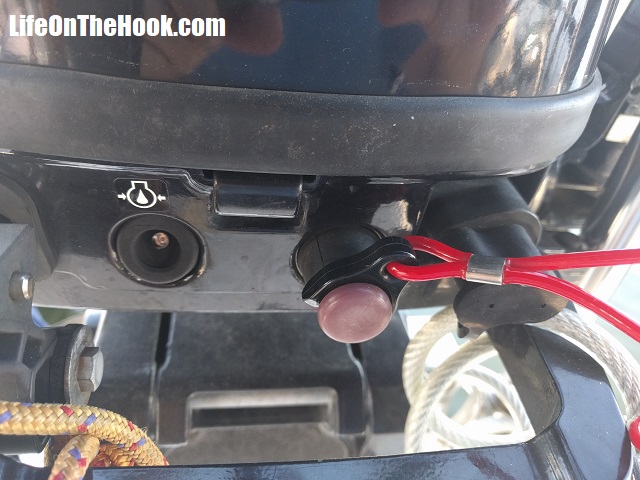 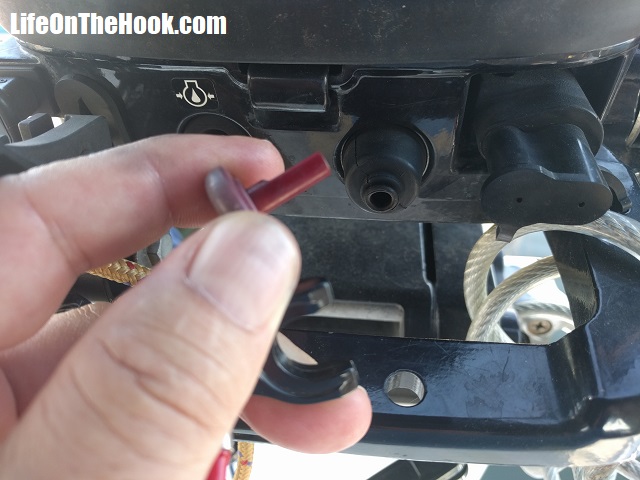 And then the discharge connection on the air conditioning pump got broken, meaning no more A/C or heat until we installed a replacement. So back to Defender I went to place another order. 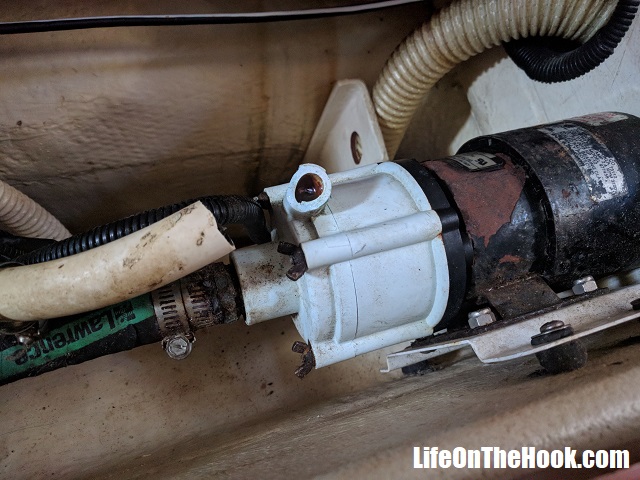 So in less than 48 hours, we went from thinking we’d have a surplus in the monthly maintenance budget line to suffering three equipment failures requiring over $500 in parts. This naturally puts us right on target to maintain that 10% annual repair expenditure, but at least the law of threes is appeased, and order and balance has apparently been restored to the cosmos.

Rhonda and I were pleasantly surprised to open our February issue of Southwinds magazine and see that I had not one, but two articles published in the issue! With some of the bumps we’ve encountered along our cruising road this past month, this put a smile on our faces, and will even add some dollars to the cruising fund.

“A Cellular Plan for Cruisers,” our explanation of why and how we chose Google Fi as our cellular carrier for cruising, appears on page 48 of the February 2018 issue. 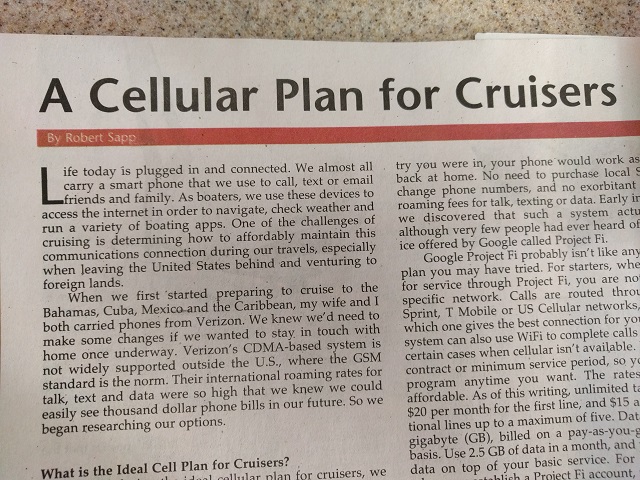 And “What’s In A Name,” a humorous look at picking a good name for a cruising boat, is on page 70. 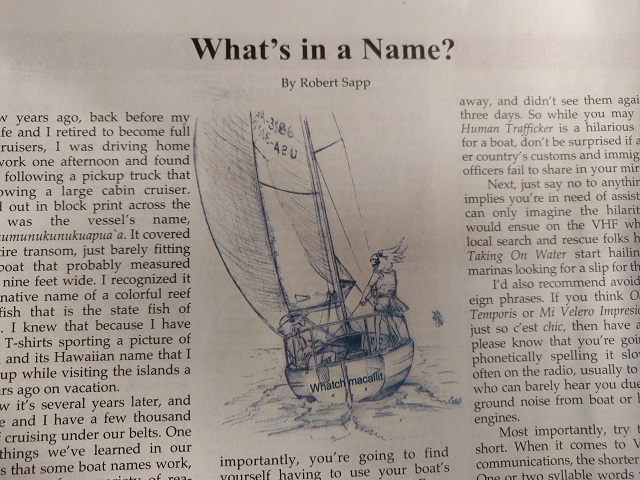 If you’re interested, check your local marina or favorite marine store for a copy, or you can read them online at the Southwinds Magazine site:

And don’t forget, if you enjoy the articles and would like to sample more of my writing, my science thriller Lunar Dance is still available on Amazon in hardcover, paperback and Kindle versions! 🙂 Check the page margins for a link.