Some say that for cruisers, the voyage is the destination. But I guess we’ve never really thought like that. As we approach the start of our third year of cruising, we’ve definitely learned that for us, getting there is usually just something we endure in order to be there. We put up with cold food, fight seasickness and suffer the physical and mental fatigue of a 24 to 36 hour passage so that we can spend weeks exploring an interesting new town, drop anchor in a pristine cove, or immerse ourselves in the culture of a different country. Maybe if we had more idyllic, balmy tropical crossings under the light of a full moon we might feel differently, but it very seldom turns out that way. Our overnight passages have generally been cold, dark, unpleasantly tiring experiences. 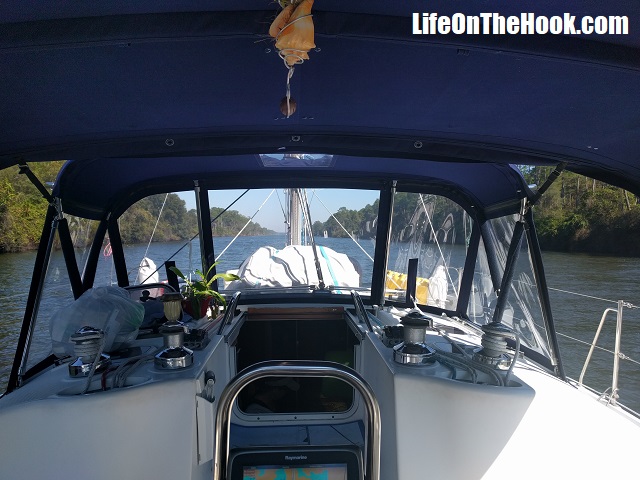 Cruising Up The Gulf County Canal

We call Pensacola, Florida home and spend the summers there waiting out hurricane season. Unfortunately, because of its location, when the time comes to head south, our only choice is to do a pair of overnight passages, the first from Pensacola to St Joseph Bay, and another from Apalachicola to Clearwater.  These legs are by far our least favorite parts of voyaging, and we always approach them with reluctance and a touch of anxiety. It probably has something to do with the fact that when passing through these waters, we’ve either just departed Pensacola for what we know will be at least half a year away, and the sweet sadness of wishing friends and family farewell still weighs heavily, or we’re on the last leg of a long trip back home, and we’re generally suffering from a major case of “are we there yet?” 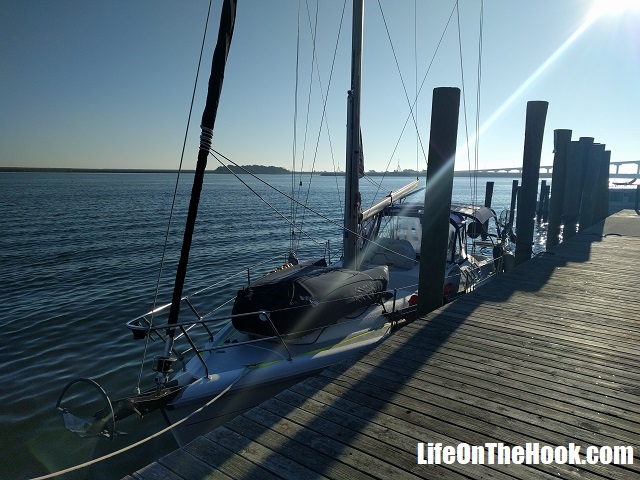 Tied To The Wall In Apalachicola

Contributing to our dislike of these legs are the short, choppy seas common in the northern Gulf in anything but the calmest conditions.  In order to have smooth seas, there has to be virtually no wind, as it only takes 10 to 12 knots of breeze on the shallow northern Gulf to start stacking up the waves.  No wind means 24 to 30 hours of motoring for each leg, and the constant drone of the engine can really wear a person down. 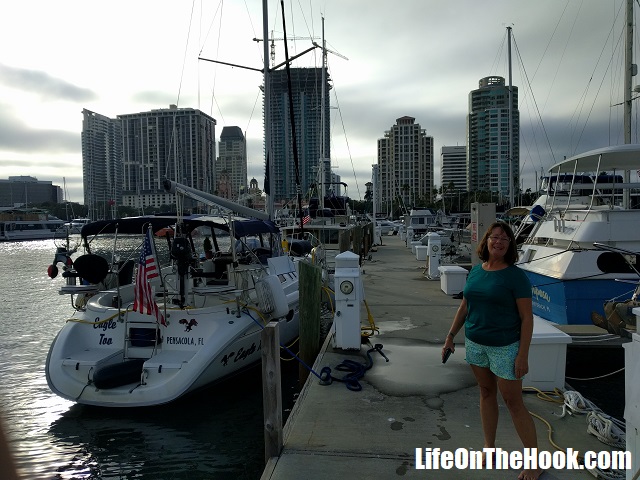 With a rest stop for a 5 hour nap in St Joseph Bay and a night spent tied to the wall in Apalachicola, we managed to make Clearwater about 76 hours after leaving Pensacola, and motored over to St Petersburg Municipal Marina, our home for the next six to eight weeks, the following day. We had been pushing to take advantage of a three day weather window that would allow us to cross the Gulf in advance of an approaching cold front bringing rain and higher winds, and we made it to St Pete just as the window slammed shut. 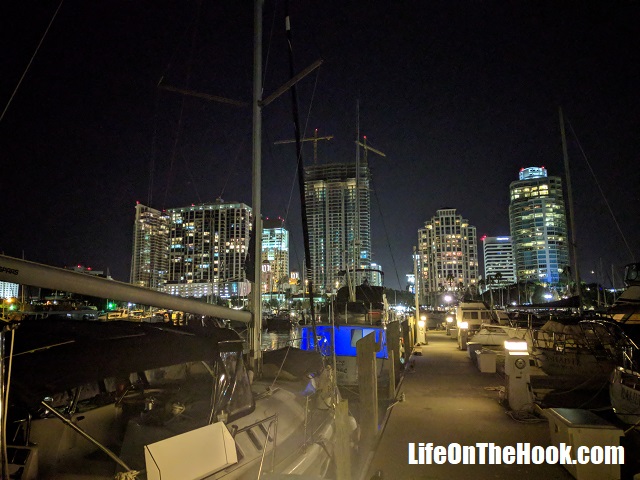 After spending the holidays here in St Petersburg, a town we really enjoy, we’ll once again start working our way south. But for now, we’re just happy to be here, the trip from Pensacola to central Florida now comfortably behind us. 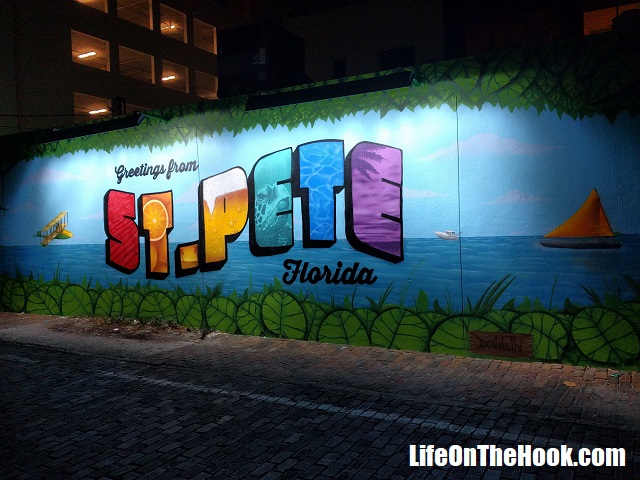