After four long days, the winds have finally stopped howling, and Rhonda and I are getting ready to make our next move. It’s about time, as 96 hours of listening to the rigging hum and feeling the boat rock and rub against the pilings was just about all we could stand. It’s a little over 30 miles from Palm Cay Marina to Allen’s Cay at the northern end of the Exuma island chain. Our plan is to settle our tab and throw off the lines in the morning and skirt Yellow Bank as we head southeast. The charts say the Bank is 12 feet deep with numerous coral heads that reach to within 3 to 4 feet of the surface (our keel is 5 feet deep). It requires visual piloting, which means we have to make sure the sun is high and the sky is clear so that we can read the water and dodge the keel munching stacks of coral. We’re thinking we’ll probably take the scenic route, skirting the edge of the bank rather than cutting straight across. It will add a few miles to our sail, but it should be quite a bit easier on our nerves.

To prepare, we spent the day giving Eagle Too a much needed bath. I also ran the water maker to fill the tank, and turned on the battery charger to top off our house bank with plenty of fresh electrons. With everything full, we’re basically ready to go.

So I mentioned in my previous post that Palm Cay Marina has a little car available for running errands. Your use is limited to two hours, and since it takes 20-25 minutes to get into Nassau and the same to get back, you have to plan your trip to make the most of the just-slightly-over-an-hour that’s left to do whatever it is that you need to do. On our grocery/pharmacy/liquor store runs, we literally plot our movements in advance and head into town with lists in hand to make the most of every minute. But the other day we had an idea. We wanted to spend an afternoon just sightseeing. More than you could fit into a two hour window. But we didn’t want to have to rent a car. So when we found out that Bob and Wendy on S/V Journey also wanted to play tourist for a while, a plan was hatched. We signed up to take the car from 11AM – 1PM, and they took the 1 – 3 PM. And like that, we had a ride for half a day!

We headed for The Queen’s Staircase, which was hand-carved by slaves from a hill of solid limestone in the 18th Century. 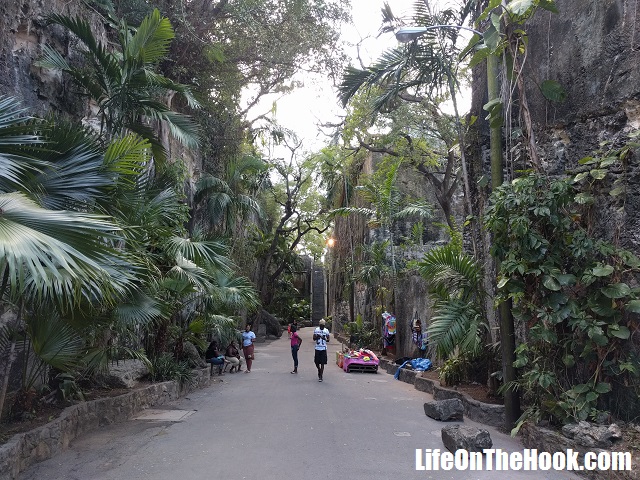 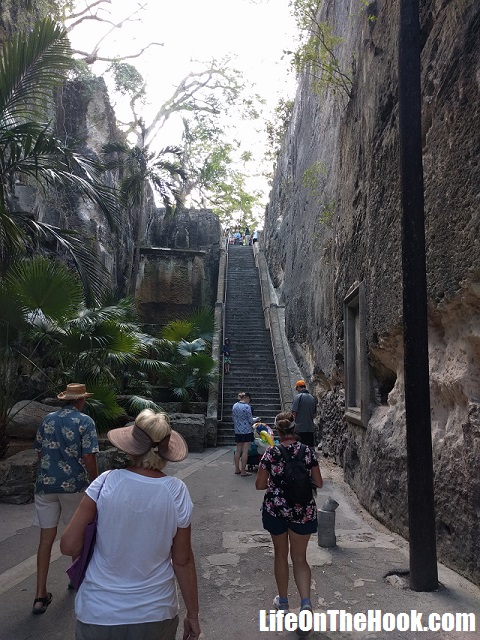 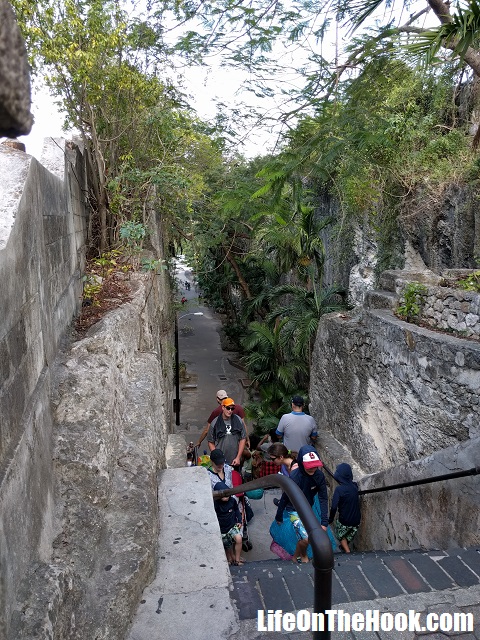 We hiked up to Fort Fincastle, with its commanding view of the cruise ships in the harbor. 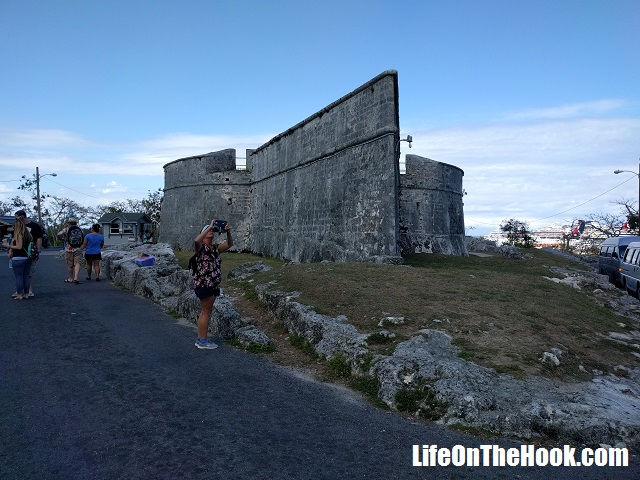 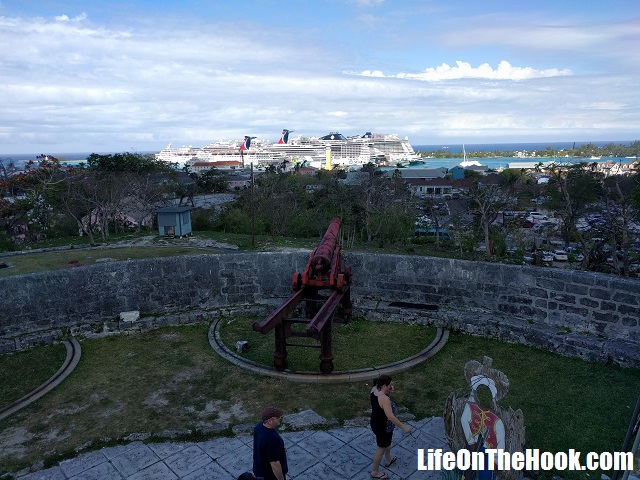 We wandered through the grounds of the government buildings. 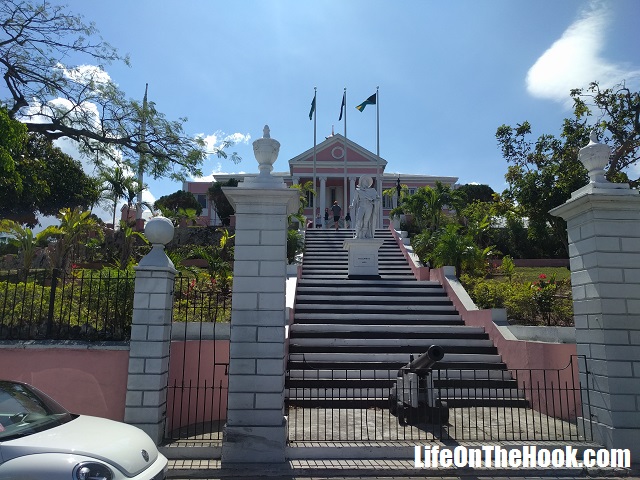 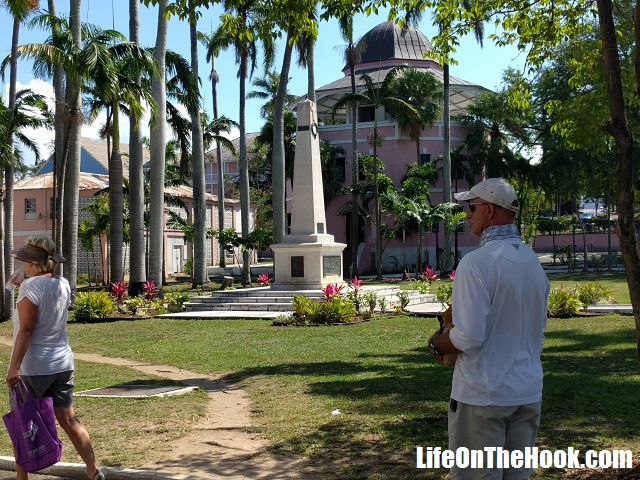 And stumbled upon a rum distillery. 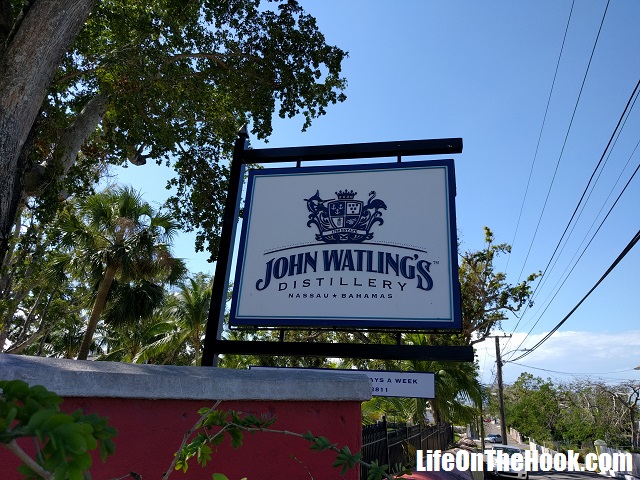 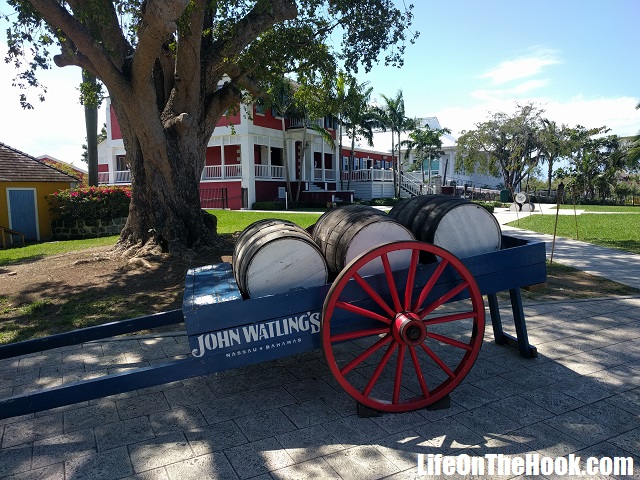 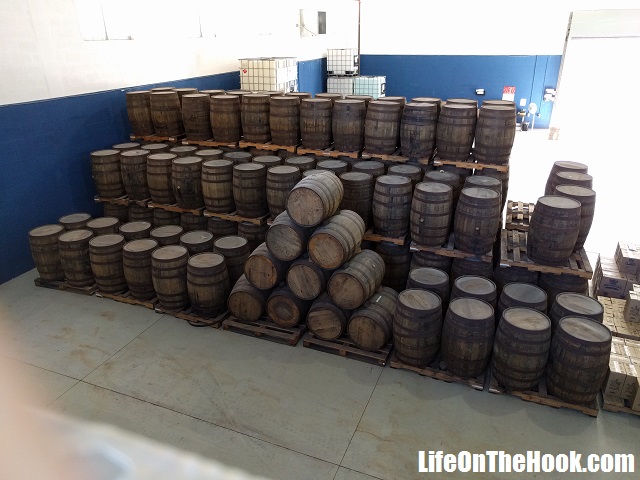 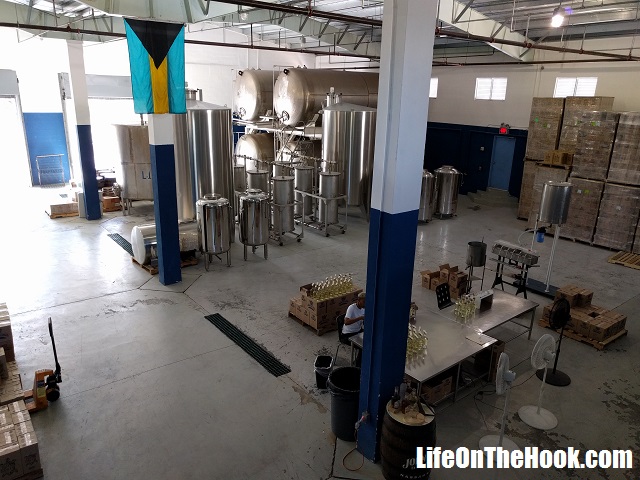 We explored the former gracious manor home Graycliff, now operated as an exclusive hotel. We were in awe of their lobby “tree” made entirely of wine bottles! 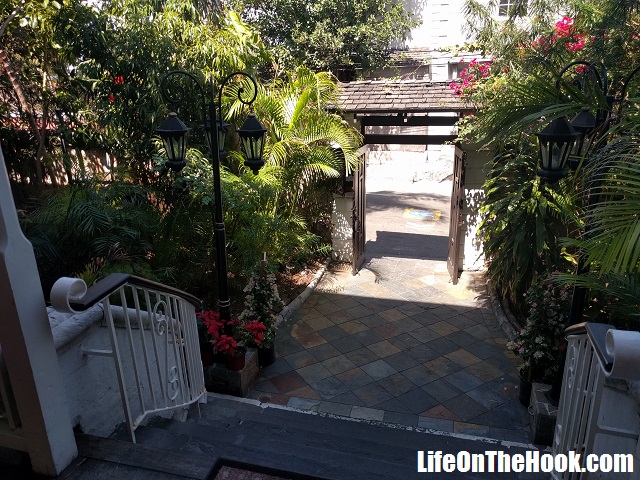 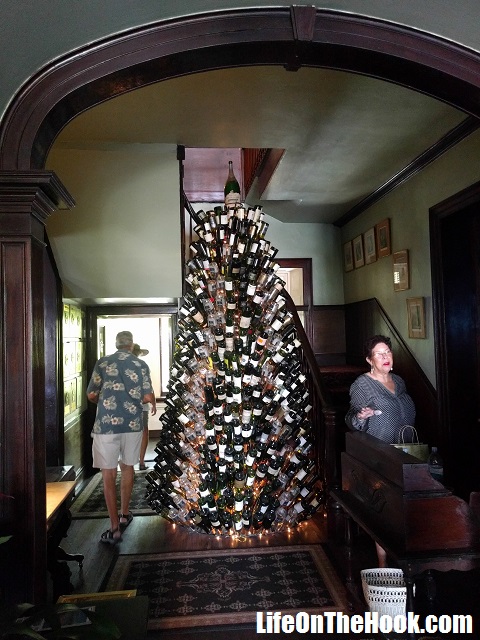 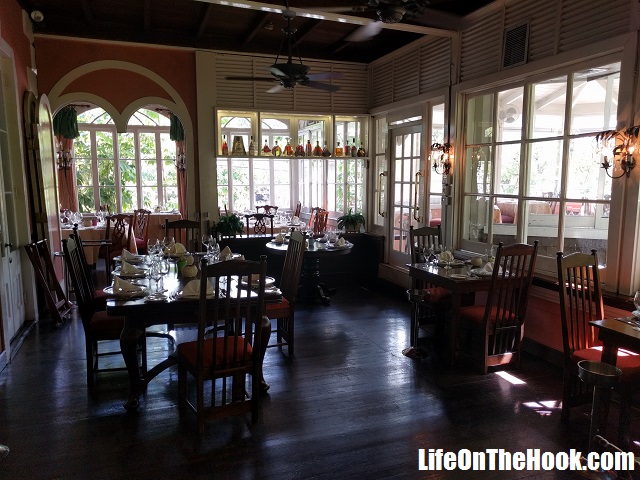 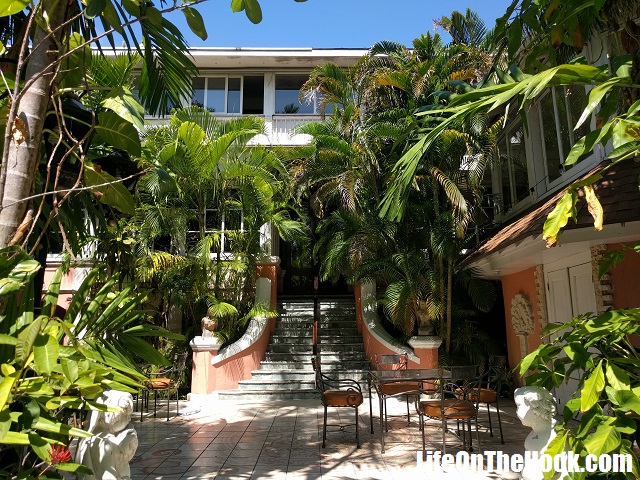 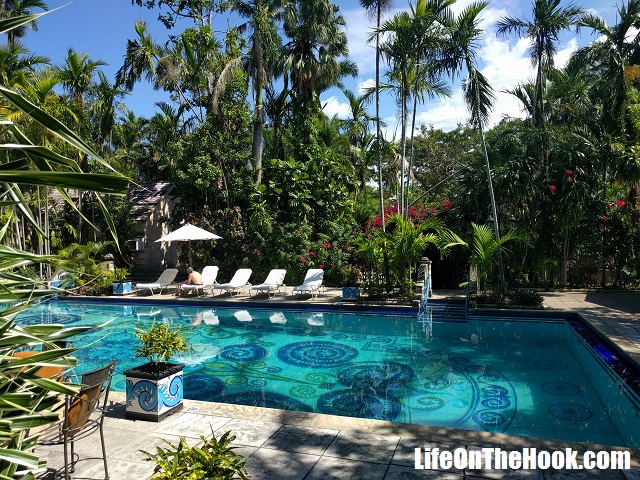 Graycliff has its own cigar factory, which I had to see (and sample the wares). 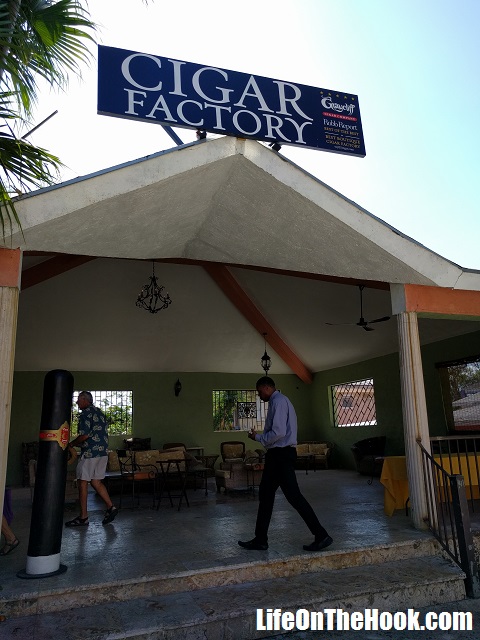 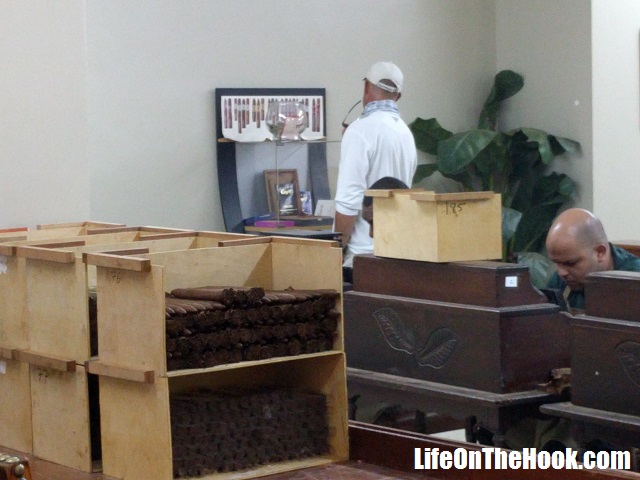 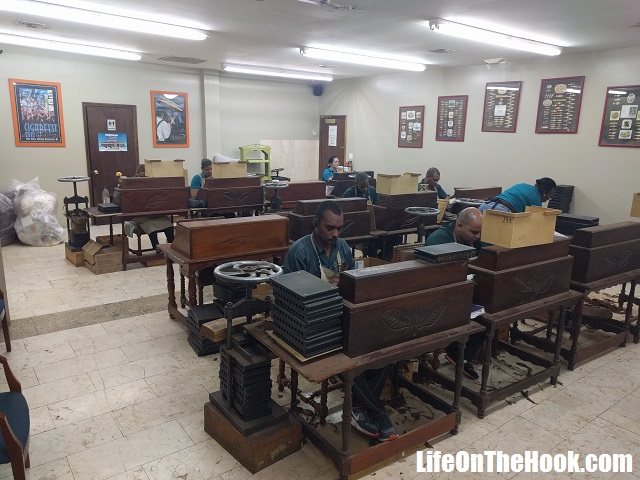 We took in the general sights around town. 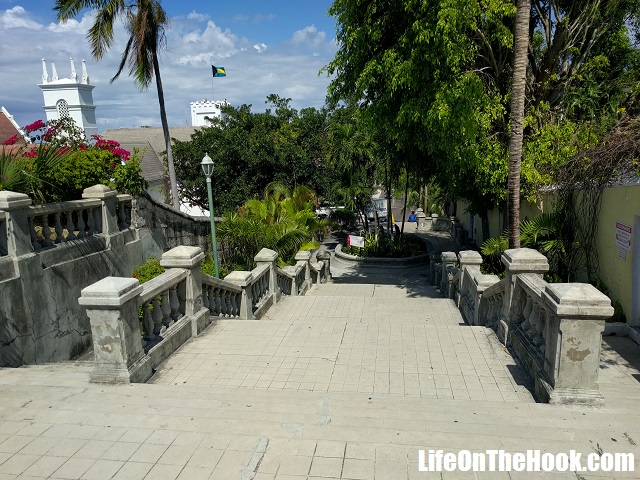 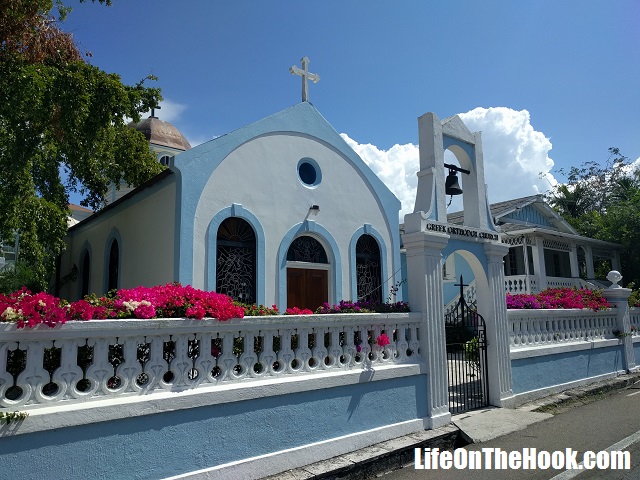 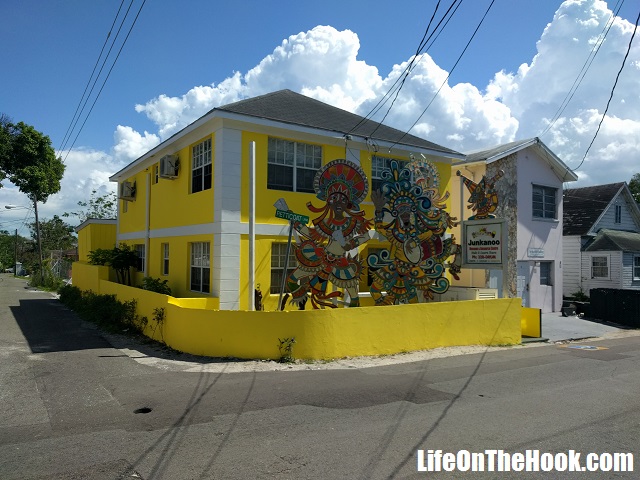 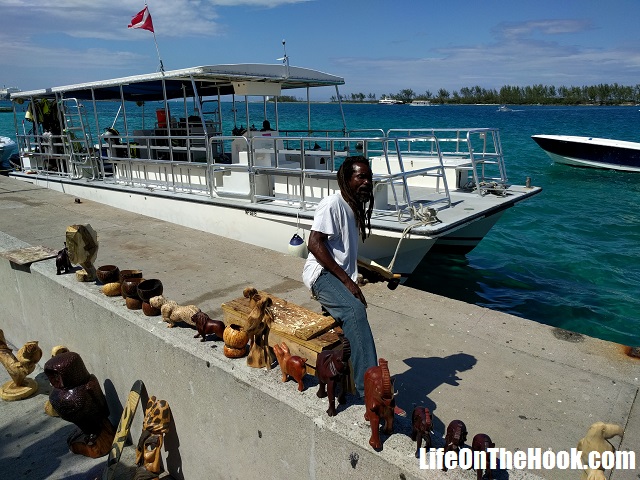 And then stopped by the Rum Cake Factory, where they sell absolutely amazing cakes for only $5 each. They were better than Tortola Rum Cakes for a third the price. 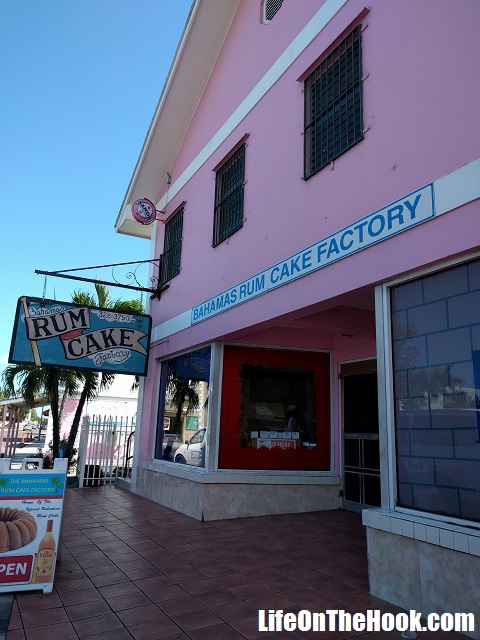 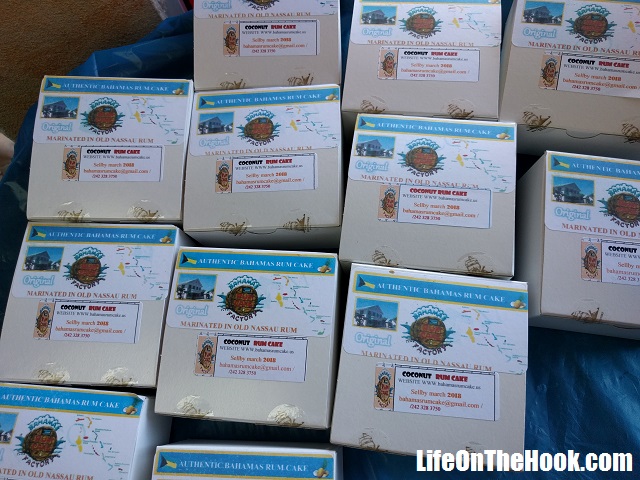 A quick stop to pick up some “takeaway” street food to bring back to the boat for dinner later. 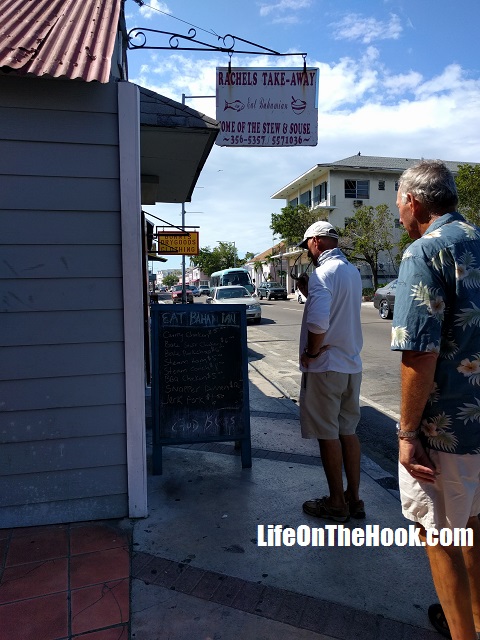 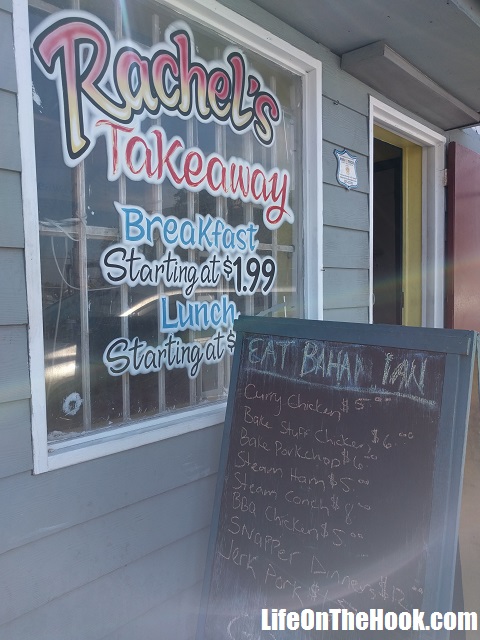 And then our time ran out and we had to return to the marina. But we packed a lot of the sights, sounds and feel of all that is Nassau in four short hours!

6 thoughts on “Amps In The Bank, Water In The Tank, And Spending A Day In Nassau”