After an overnight passage from Pensacola, Eagle Too is securely tied to the sidewall at Port St Joe Marina in St Joseph Bay. 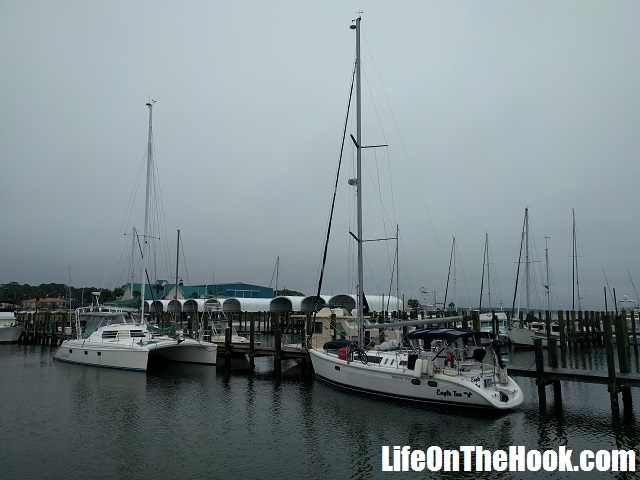 Like seven of our previous eight overnight passages, it was not a fun trip. Even though we picked a window that promised warmer temperatures, it was still bone chillingly cold out in the Gulf, which only confirms our decision to go when the air temperature was supposed to be in the 70’s rather than the 50’s. Add five to six foot seas and winds from every possible direction, and it added up to a pretty miserable night. 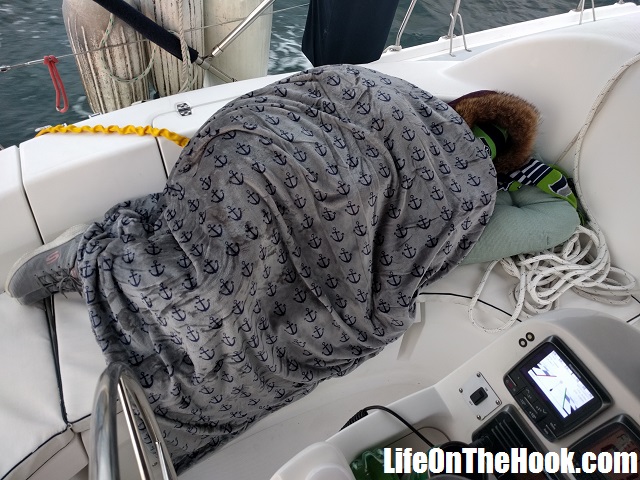 But as is always the case, once we arrived, that all fell away, and we are now just savoring the moment. It was an odd arrival, because up until the minute we pulled into the marina, we were in cold fog and cold temperatures, with moisture dripping from us and everything onboard. 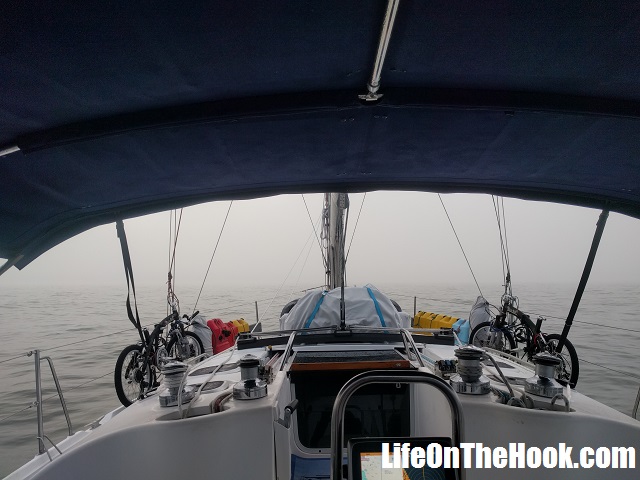 But as we cleared the final marker and made the turn into the marina, the fog vanished, the sun appeared, the temperature climbed into the upper 70’s, and people met us on the dock wearing shorts and T shirts. I’m sure we made an odd sight in our wet foul weather gear, hats and gloves. We quickly shucked our wrappings and hung everything in the cockpit to dry. And I just had to laugh when I got power hooked up and turned on the heat, only to have it start running in air conditioning mode. Twenty-four hours of shivering, waiting to get heat back onboard, and when we finally had power again, it was warm enough to trip the air conditioning on!

We’ve been to Port St Joe before, but it’s been a few years, so we decided to take a walk around to see what’s changed. Not much, apparently. The town in many ways reminds me of the mythical Bedford Falls in the movie “It’s A Wonderful Life,” with its single street business district composed of storefronts from the 1940’s and 50’s. It seems like the type of place where life peaks in high school, with its social drama and school events and Friday night lights and Prom queen. Then you graduate, and life becomes about hoping to land a job in the meat department of the Piggly Wiggly or wait tables at Castaways, or if you’re really ambitious, open your own insurance business, repeat daily for the next 50 years.  Is the town really like that? I can’t say. It just feels that way to me. A nice place to visit for a few days, but I couldn’t imagine living here. There’s just too much adventure in our souls.

The cold front that chased us as we left Pensacola has now caught up with us, and it is about 50 degrees outside, with a chill north wind blowing. It’s a good night for warm comfort food, so we’ve spent all afternoon cooking up a big pot of sauce for a nice spaghetti dinner. Some red wine and a pile of fresh garlic bread also, naturally. Meanwhile, our Storm app tells us it’s 80 degrees in Clearwater, FL, a mere overnight Gulf crossing away. So our plans are to move to Apalachicola in the morning, and take advantage of a predicted good weather window on Wednesday and Thursday to jump over to central Florida. It should be about a 30 hour crossing. With luck, our plan to be in St. Petersburg by Christmas should play out perfectly.

It was hard to say goodbye this time, probably harder than when we originally headed out last April. But I have to admit, after five months of being tied to the dock, it feels really good to be moving again, out in the big blue, with exciting destinations and adventure ahead! 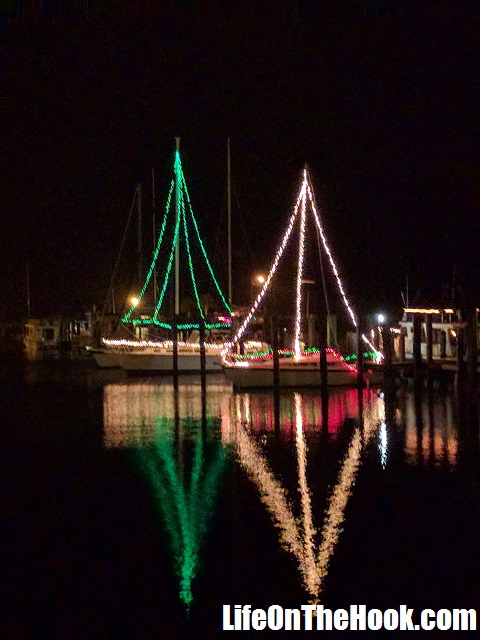 One thought on “A Good Day For A Pot Of Spaghetti”