Before moving south to St. Petersburg, we spent a couple of days at the Clearwater Harbor Marina. Our first impression of Clearwater was that it looked like a pretty nice town. It had a cute little downtown with clean streets and outdoor art works and a collection of bars and restaurants. There was a Starbucks three blocks up the street and a Publix supermarket within a 15 minute walk from our pier, and on the day we arrived there was a waterfront festival going on in the park adjacent to the marina. We thought it looked like a place where we could hang out for a couple of days and relax.

It was toward the end of our first walk around town that we noticed that there was something very odd going on. I think Rhonda noticed it first, and then I started picking up the same vibe. Almost everyone we passed on the streets were all wearing the same outfits. Black pants, white shirts, gray vests. The women all had their hair pulled back, and the men all sported short haircuts. It looked like we were wandering around the campus of an airline flight attendant academy. No one would make eye contact. No one would say hello. Once they came to our attention, we started noticing them everywhere. On every street, walking about, apparently all needing to be someplace other than where they currently were since they were constantly moving. It started to feel like we’d wandered into the Twilight Zone. We were in a giant ant hill. Welcome to Androidville. 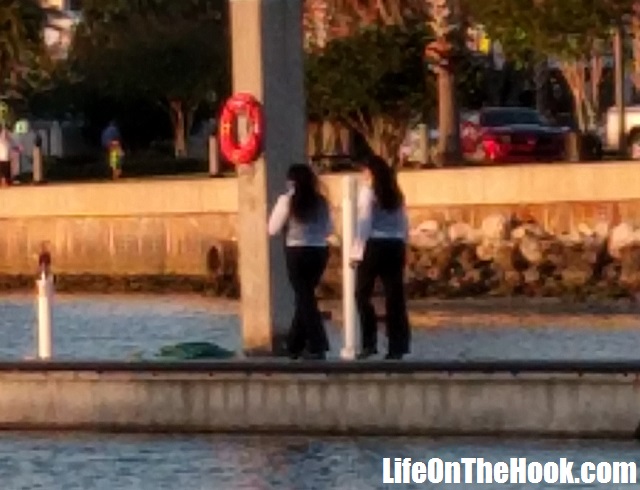 “What is going on?” we asked ourselves. So we pulled out our phones and started Googling. That’s when we found out that Clearwater has basically been taken over by the Church of Scientology. Back in the 70’s, their founder L. Ron Hubbard declared it the spiritual center of their universe, and they’ve apparently been working ever since to take over the town. Once we learned what was going on, we really started noticing what was happening around us. They had their own bus system, separate from the municipal busses. 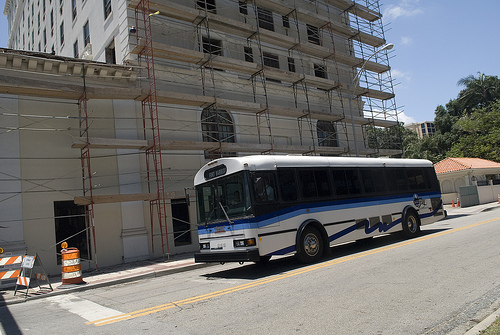 They had their own security force separate from the city police, outfitted with utility belts and radios. 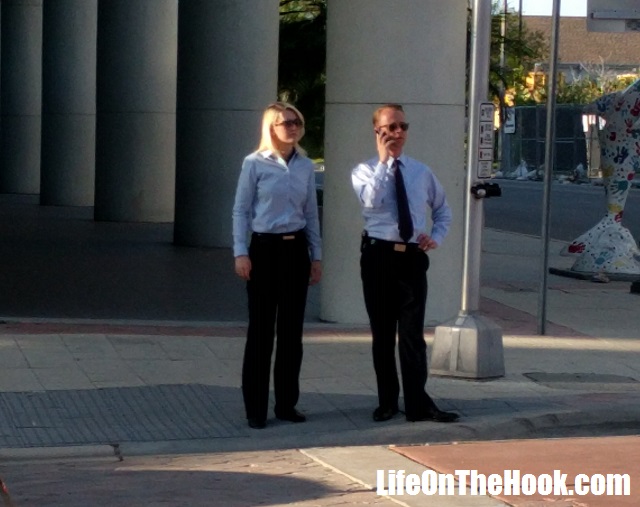 They wandered around looking in the windows of businesses and writing things on clipboards. After a while, it started totally creeping us out.

Cruising is about experiencing new and interesting things. This was all that and a bag of chips. I guess nowhere does it say that we’ll actually enjoy everything new and unusual that we encounter. We were glad to put Clearwater behind us.

Here’s an interesting article if you’d like to learn more about what’s going on in Clearwater.

The Town That Scientology Built

On a lighter note, we now have a fully functional outboard. The old carburetor turned out to be a lost cause, but once I installed the new one our little kicker was back to her old self again. I can now swap out a carburetor in less than 10 minutes thanks to all the practice! I also spent an hour hanging over the bow swapping out our bow roller so that the anchor will pay out better, and didn’t drop a single tool or part overboard. Rhonda used the time to catch up on her journal and get some laundry done. And we were successful in finding a Yanmar dealer within biking distance where we could pick up a few odds and ends for our diesel. So all in all, it was another Good Day.