They say if you put off your departure until your boat is completely ready, you’ll never leave. There will always be something undone that will keep you at the pier. We’ve given up on the notion that we’ll have all the things on our list completed before we point our bow south. Even after 15 months of preparation, there are still some things that we know we’re just not going to get to before the tides and weather say it’s time to go. We’re in the midst of the last mad dash, trying to at least complete the projects that we’ve already begun or have parts onboard for. In no certain order, here are some of the things we’ve recently finished. In a calmer time, each of these would have probably been the subject of a separate post. But there just aren’t enough hours in the day anymore to deal with boat projects, personal errands, legal and health tasks, provisioning, and keeping up with the blog.

Our Wirie AP+ lets us connect to WiFi networks from a distance. For example, when I open the WiFi tab on my laptop, I can currently only see about a half dozen local wireless networks. The Wirie on the other hand pulls in over 80! Several times when our local marina WiFi has gone dark (which seems to happen way too often), we’ve been able to continue feeding our need for data by connecting to more distant options, like the public WiFi at the local baseball stadium or the city’s waterfront park. 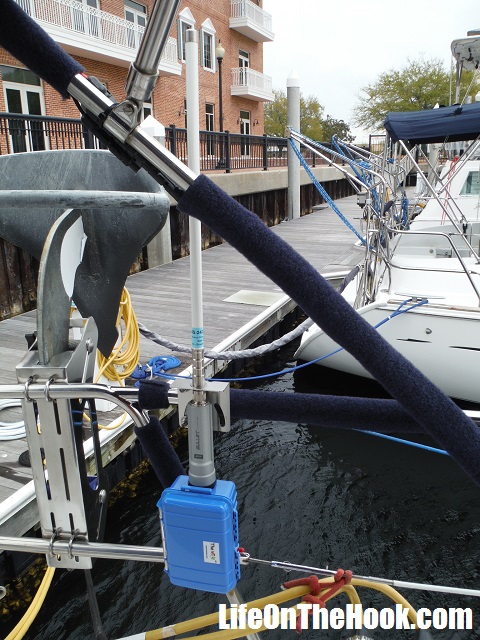 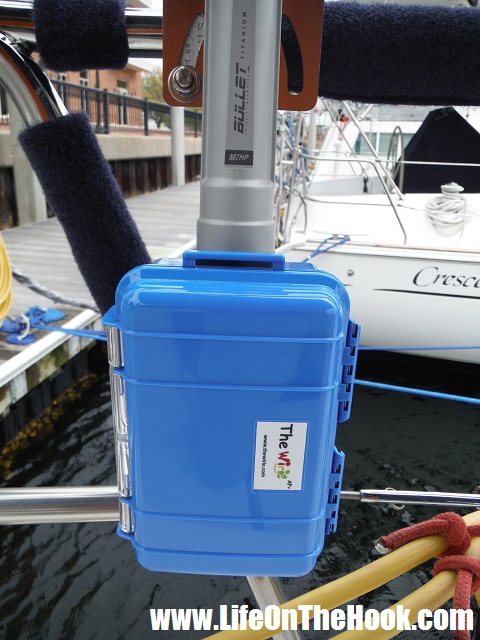 The Wirie uses the top-rated Ubiquiti Bullet amplifier, and has its own internal router. Once set up, it creates a wireless LAN aboard your boat. You connect all your WiFi devices to this network, and then point the Wirie to an external internet connection via its web-based management page. So Rhonda and I can now both sit and surf the web on our laptops, download updated charts to the tablet, run apps on our phones and wirelessly scan from or print to our onboard Epson WF2660 printer in a most civilized manner.

I actually don’t know what these things are really called, I just know that they are the true hallmark of a serious cruising boat. They’re your on-deck storage racks for lashing down extra fuel cans, bicycles, water toys and any other miscellaneous gear which you just can’t live without but for which there is no good storage space below. Normally, these will typically be a set of wooden planks fastened to the stanchions on the port and starboard sides of the boat. But we’re quite happy with the fact that our Hunter 376 has virtually no wood topside (and requires none of the associated maintenance that comes with it) and the last thing we wanted to add to our boat were two large wooden planks to weather in the sun. So we came up with what we thought was a better idea. Our canvas guy had a couple of spare lengths of 1″ stainless steel railing, which we attached to span between adjacent stanchions with bimini fittings. We then U-bolted (stainless bolts, of course) a pair of Trex composite decking planks that we found at Lowe’s for only $15 each to the rails . They came in a pleasant gray color that didn’t clash with the boat, and had a scalloped bottom surface that mated to the stainless rail like they were destined to be together. The resulting structure is at least as solid as the 5/4 by 6″ pine plank that you typically see used, but which will resist weathering in the harsh tropical sun. 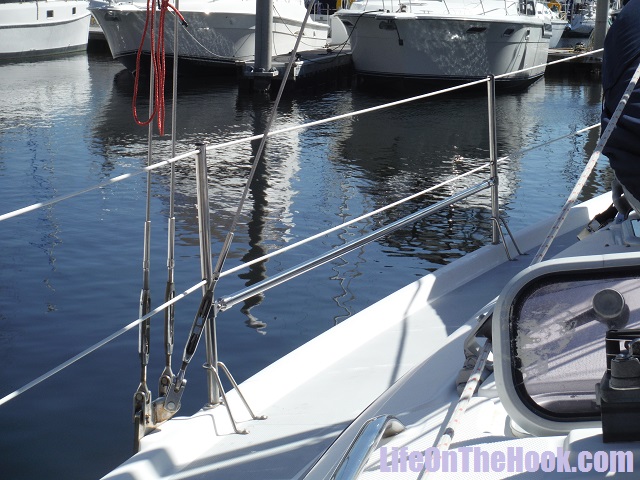 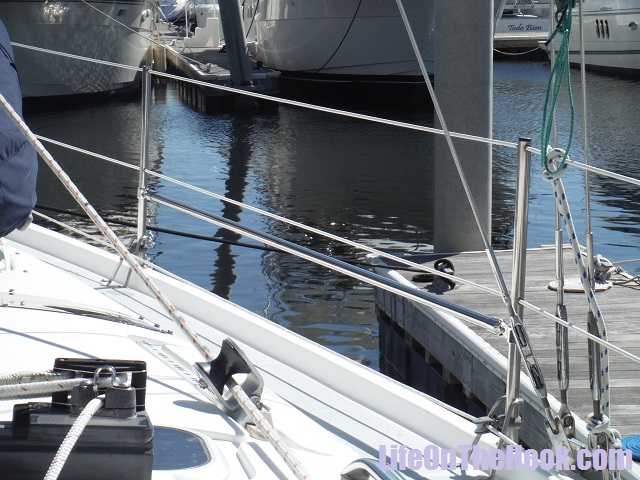 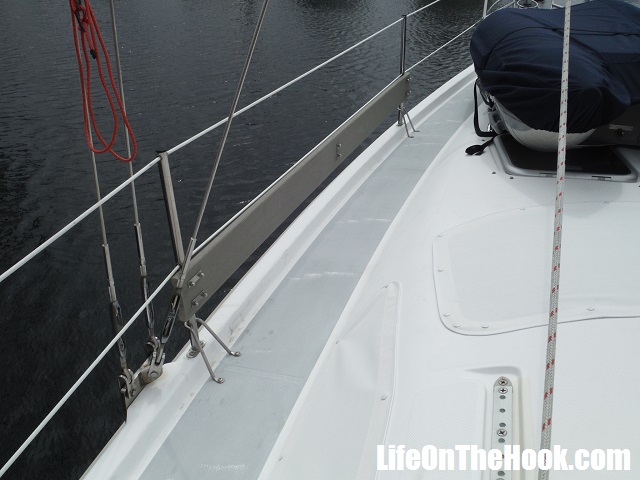 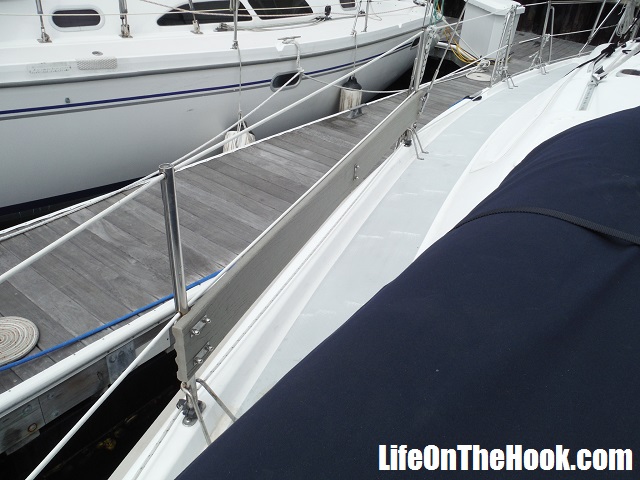 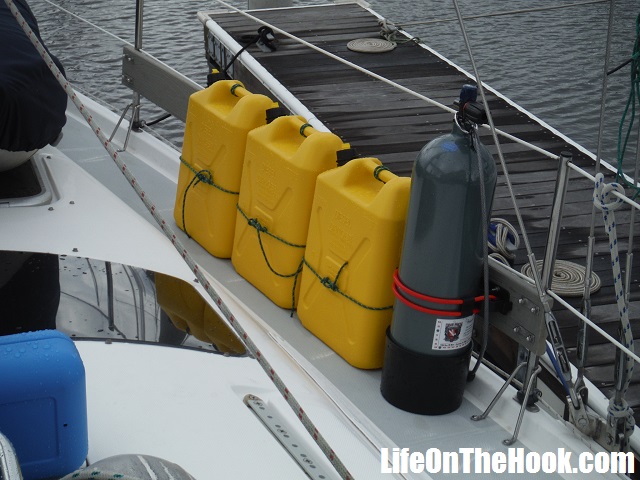 Our Hunter has the large “windshield” and long fixed side ports typical of late-90’s production cruisers. Made of deeply tinted acrylic, these ports get almost too hot to touch when in direct summer sun, and throw an enormous amount of heat into the cabin. Eagle Too came with a Sunbrella snap-on cover for the windshield, but while it would help shade the interior of the boat, it was such a dark navy color that it absorbed just as much heat and radiated it into the boat. So we placed another quick call to our canvas guy (we have him on speed-dial) and had him make some new port covers in a white vinyl fabric. 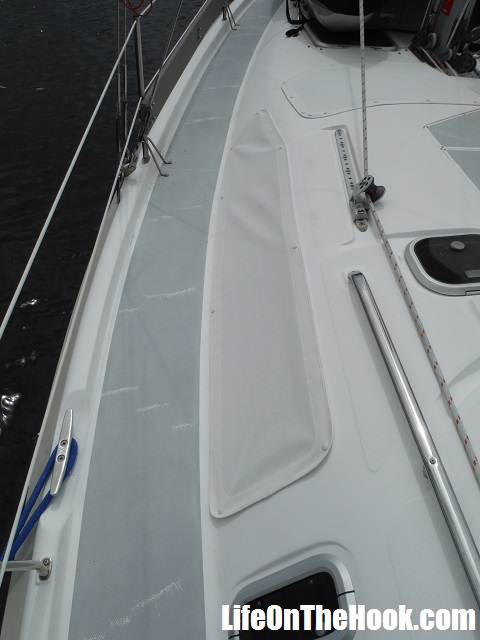 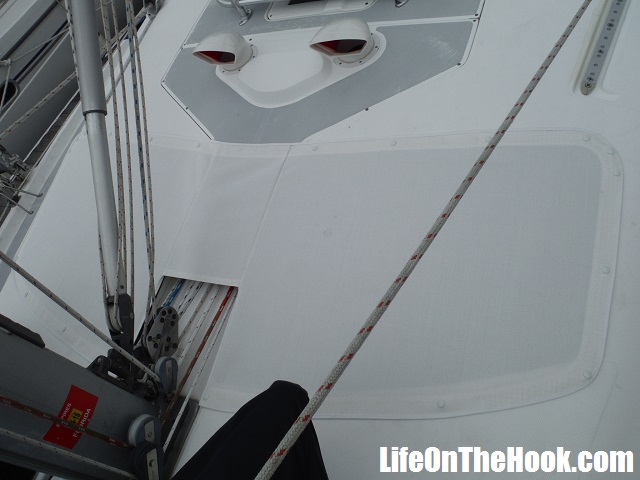 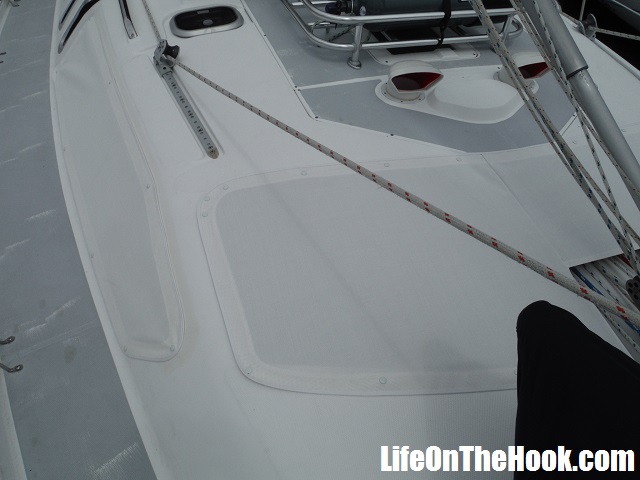 They reflect virtually all the heat away from the boat, while still allowing enough light in to brighten the interior and allow us to look out. 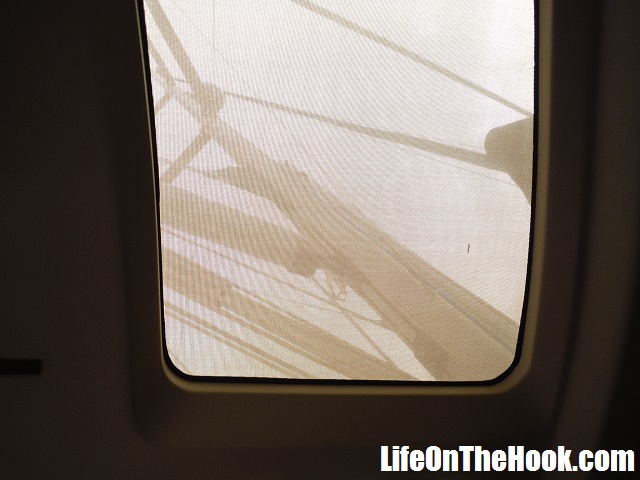 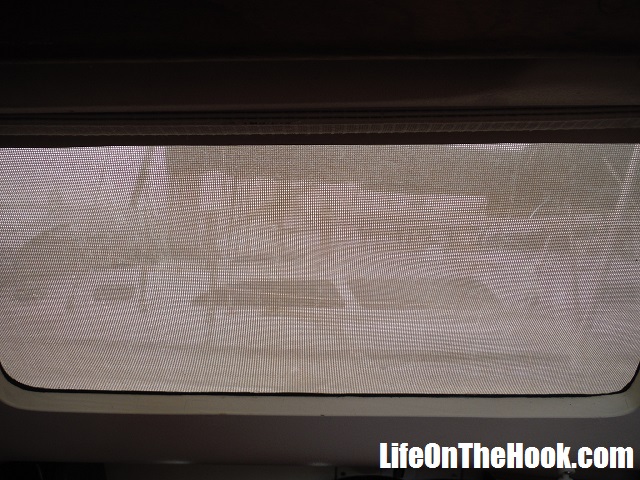 We’d posted a while back about the Back Bay folding bicycles that we wanted to take with us on our voyage. I knew both bikes needed some tweaking before we departed, so we dropped them off at the local bike shop for some TLC. Today, we took advantage of a brief break in our April showers to pick them up at the shop and ride them back to the marina. They’ll soon take up residence tied to the barge boards on either side of the boat. 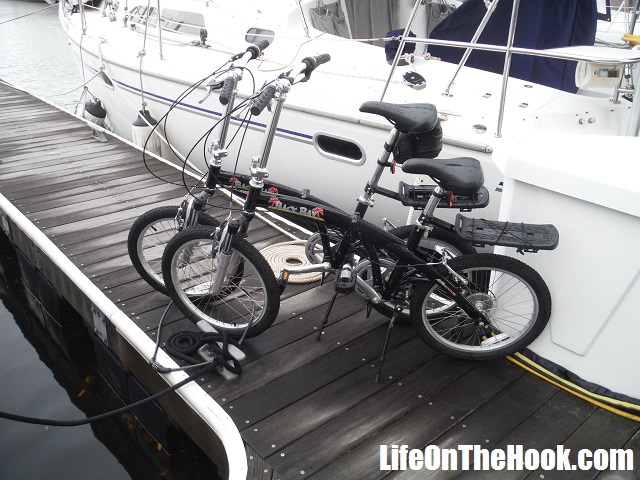 We’ve loaded our Navionics 3XG chart pack into our chartplotters (Central and South America) and have loaded the accompanying chart app on our tablet (which seems like such an excellent tool that it will get its own post soon). Meanwhile, we’re almost done with clearing out of the storage unit we hoped to be done with by departure time. And apparently we’ll be renting a car tomorrow, as we’re supposed to be delivering my truck to its new owner on Monday. And next Thursday is our final round of vaccinations.

Yes, it has been quite a hectic month since Rhonda retired. But it’s the last dash to departure, and we can almost stretch out our arms and reach the finish line. Now if you’ll excuse me, I have a new set of cockpit speakers to install…