Today’s post focuses on one of the less glamorous aspects of embarking on a cruising life—the epidemiology of it all. Now that Rhonda is retired and our breakneck sprint to our departure date has begun, the first item on the agenda was a visit with our family physician to obtain prescriptions for the drugs we wanted to have onboard and discuss the vaccinations we would need. If you’re preparing for extended overseas travel, the Centers for Disease Control has an excellent website that tells you exactly which vaccinations are recommended for the countries you intend to visit. You can find it here:

Plugging in our planned itinerary, it recommended that Rhonda and I receive inoculations for Hepatitis A and Typhoid, along with ensuring that our tetanus and measles/mumps/rubella shots were current. Our doctor also advised us to get the Hepatitis B shot as well. The CDC says it’s only recommended for people who may be exchanging bodily fluids with others, and I pointed out to our doctor that that wasn’t really part of the plan. But he replied with, “It doesn’t matter, if you get in an accident and need blood, you can contract Hep B.” Apparently one of his patients had had just that very thing happen on a trip to Egypt.

So the following morning, we found ourselves at the Escambia County Health Department, shirt sleeves rolled up, performing our best impersonations of human pincushions. 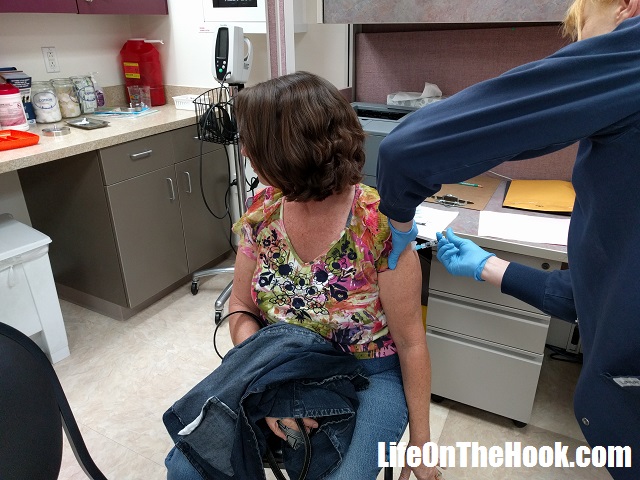 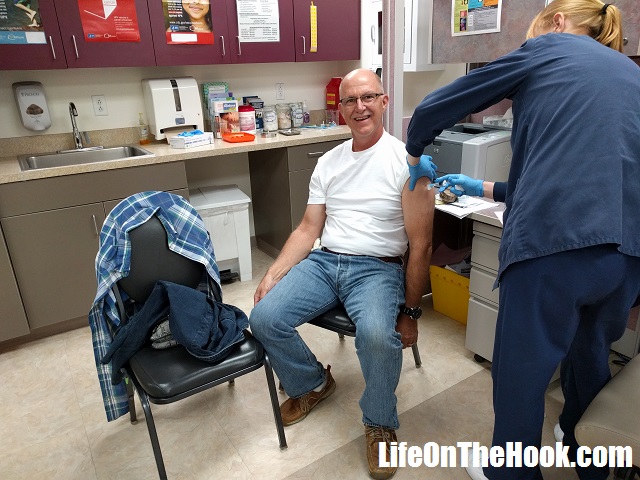 It could have been worse. They have a combined Hep A/Hep B vaccine that covers both with a single shot. And Rhonda was current on her tetanus, so she was able to skip that one. When it was time for the typhoid vaccine, they gave us a choice. We could either have a shot, which is good for two years, or an oral vaccine, which is good for five.

“Wait, you mean we can just swallow a pill instead of getting stuck again? Sold!”

The oral vaccine was even $20 cheaper than the shot. The only (minor) downside is that it’s not one pill, it’s four, taken every other day on an empty stomach. Which is why we found ourselves getting up to an alarm at 0700 today to have a typhoid pill and a glass of water for breakfast. And then we went back to bed for an hour, since we’re both retired now and we can do things like that even during the week… 🙂 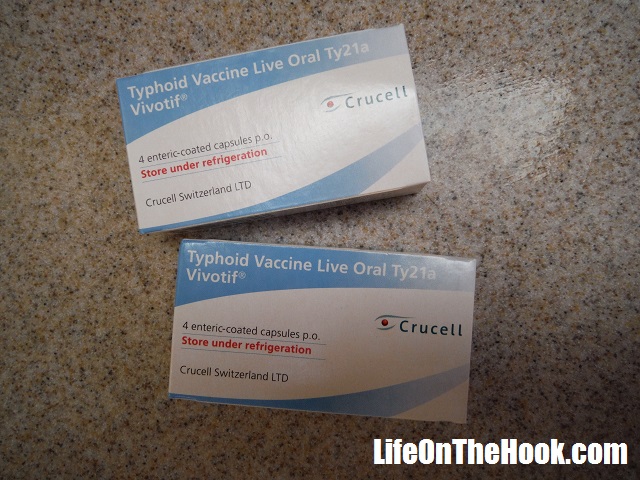 Total cost for both of us ran a little under $350, which should be reimbursable as routine preventative care through our health insurance.

It’s a good thing we went when we did. As it turns out, the Hepatitis B vaccine is a series of three shots. The second has to be administered 28 days after the first one, and the third one six months later. Twenty-eight days means our return visit to visit the puncturist  will be on or about March 30th, which is just a couple of days before our planned April 1st departure date (weather dependent, of course). And both our doctor and the clinician said that the third shot isn’t really that important, it’s the first two that build your immunity. So we’ll just get Hep B number 3 sometime later this year or early next year when we’re home for a visit.

Finally, there are a few places in the Caribbean where Yellow Fever is still a concern, and some countries require that you’ve had a vaccination if you’ve visited one of those areas (check the CDC site for more info). Since I’m former US Navy and Rhonda grew up a Navy brat, we’ve both been previously vaccinated for the disease and it’s reflected in our shot records, so that was one less needle we had to endure. 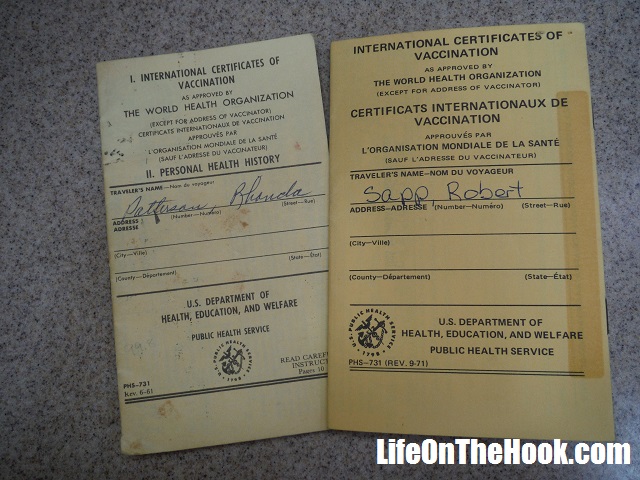