If you happened to read our post Protecting What Matters Most, you know I sometimes obsess over little things like staying alive in the event we accidentally fall overboard. Believing the matter is important enough to merit a belt-and-suspenders approach, I recently added another tool to our “so you’ve fallen overboard, now whatcha gonna do?” kit. They’re signaling devices called rescue lasers, which you use to attract attention if you’re in the water and would really rather be someplace drier. 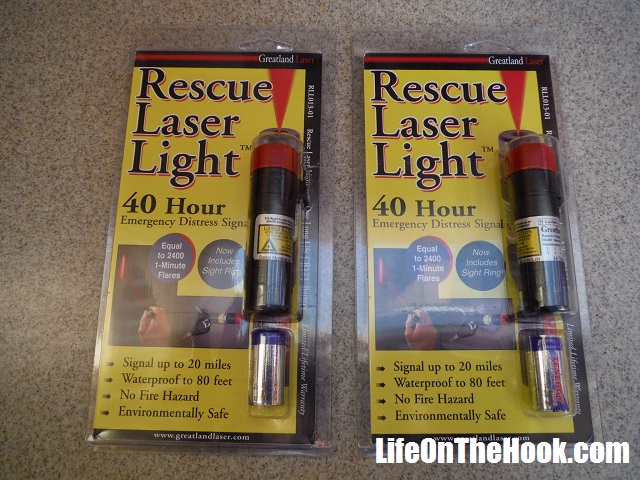 I just assume that if one of us is going to fall overboard, it’s naturally going to be at night. And not just any night, but a pitch dark, the moon has already set and the clouds are blocking the stars kind of night. Having a light with you to attract attention under these conditions would therefore be a pretty good idea. So when I received an email recently advertising a sale for these units, I ordered two. Unlike a flashlight or vest-mounted beacon, you are supposed to be able to reach out and touch someone up to 20 miles away with one of these lasers. So that passing aircraft that you can see five miles above you? Just go ahead and light him up and get his attention.

Now I had a self appointed Internet expert tell me in a sailing forum that this would be a really bad idea, because if I shine a laser at an aircraft I might blind the pilots and they will turn around and leave me. But the folks at Greatland Laser, having apparently given a little bit of thought to this issue, designed the unit to emit a fan-shaped beam. This diffuses the laser energy so that it’s eye-safe beyond a dozen feet. And I really don’t see a possible scenario where I’m lasering a rescuer who I can pretty much just reach out and tap on the shoulder.

The lights are small enough to fit in the small zipper pockets on our inflatable lifejackets, which is where they now live. One thing left to do is find some clip-on lanyards so that if we do ever need to use them, we can clip them on our jackets or loop them around our necks instead of having to clutch them. Because I don’t want to end up watching the pretty red light sink into the abyss because I fumble-fingered it while swimming. Now that I think about it, maybe this would be a good use for some of those foam keychain floats we’ve collected… 🙂 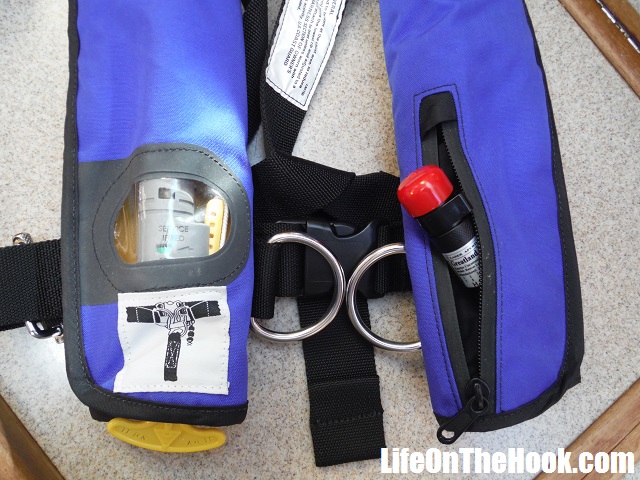 One thought on “(Not) Blinded By The Light”