As a menacing storm bears down on Pensacola, rescuers frantically search for a missing sailor who mysteriously vanished from his boat at Palafox Pier…

If we weren’t actually living it, I would have thought it was the plot for a television drama. But a truly epic storm did have us dead in its sights: 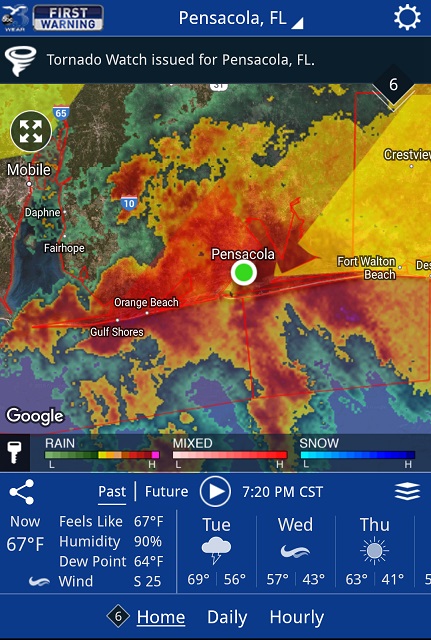 Everyone went nervously about their preparations, one eye on their boat, evaluating its readiness, the other on the ominously threatening sky. Hail and damaging winds of up to 60 mph with the possibility of tornadoes was the prediction. Just a week earlier a similar storm had wrecked havoc on the town of Century in the northern part of the county, a funnel cloud carving a 16 mile long swath of destruction through the center of town. This storm was predicted to be worse.

That alone would have put everybody on edge. But then there were the dozen police and Search and Rescue personnel walking the piers of the marina, scanning the waters for signs of what everyone hoped they wouldn’t find—the body of one of our dockmates. When he had failed to show up for work the Sunday before, his friends thought it odd. It became even odder when they arrived at the marina the next day to check Painkiller, the catamaran on B dock that he called home. They found the boat unlocked, his wallet, keys and cell phone all onboard. No signs of foul play. He was just gone, having vanished from the face of the earth. There was some murmuring that he drank heavily. Rumors that he had last been seen at The Oar House and Pensacola Bay Brewery on Saturday night. Was it true? I don’t know. But it pointed to an obvious supposition. Perhaps he had returned to his boat late Saturday night, possibly drunk, and somehow gone overboard. If so, he may still be somewhere in the marina…

Was it plausible? Well, it had only been the week before that I had fished another sailor out of the marina waters who had staggered home drunk and fallen in while trying to board his boat. He’d split his chin open when it hit the swim platform of his boat as he went in, and was bleeding so profusely that I called EMS once he was fished from the water and laid out on the pier. If he had knocked himself out (and it’s a miracle he didn’t), then he probably would have drowned. So yes, I think it’s entirely possible.

It was now 48 hours since the man failed to arrive at work, and searchers began the grim task of searching the surrounding waters. 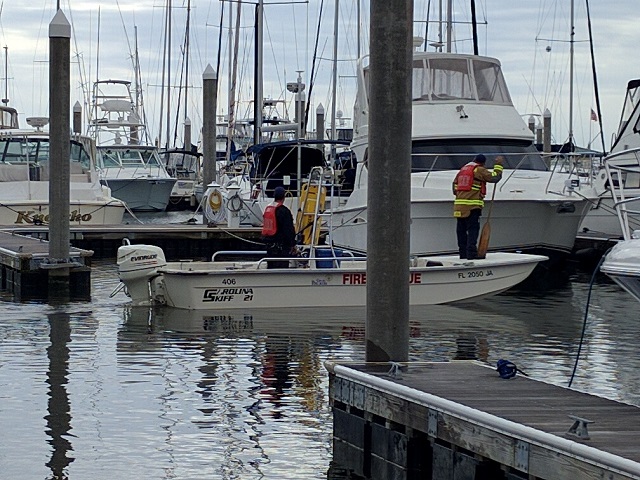 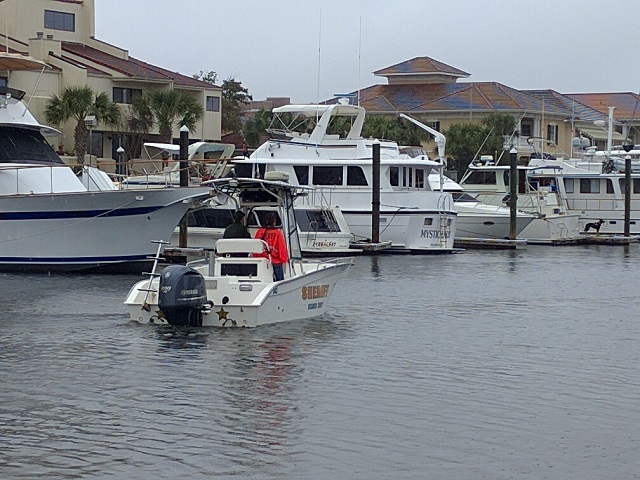 Divers arrived to investigate under the boat, and a cadaver dog was lead through the marina. They searched for hours, while the missing man’s mother stood quietly watching from the patio of the restaurant that overlooks the marina. I don’t imagine I’ll ever again complain about having a bad day after watching what she had to endure, standing for hours in the cold west wind while they searched the marina waters for her son’s body.

The storm finally grew too close. The divers were called from the water, and the search boats returned to their slips. Resolution would have to wait for another day.

That night a tornado touched down on the northeast side town, just blocks away from the apartments where our youngest son lives. Over 70 homes were severely damaged or destroyed. The good news is that no one lost their lives. To the surprise of some, we rode out the storm onboard. But we had six stout lines securing us tightly to the pier, and other than a great deal of rocking and rolling, we did just fine.

And first thing this morning, the missing man’s mother resumed her vigil as the search for his body resumed…