I love the creative destruction that free enterprise can bring about. Properly operating free markets (i.e. free of excessive government regulation and control) can produce unanticipated destabilizing products or services that can change the world in an instant. An industry that I think has been badly in need of being turned on its head for a very long time is cellular communications. And I think the world just shifted under the cellular industry’s feet.

First, how does $20 a month for unlimited talk and text sound? How about with international texting included?

Then, it’s $10 per gigabyte for  4G LTE data, and you only pay for what you use each month. Only use 1gb one month, your data bill is $10. Need 4.5gb the next month? Then you’ll pay $45. And there’s no additional charge for using your phone as a WiFi hotspot or tethering.

And here’s why I think it’s going to save cruisers a bundle. Your data is the same price in 120 countries, including the entire Caribbean! I know there are still some of you out there with old unlimited data plans, but they usually only work for domestic data. Head to another country, and you’re stuck paying international roaming data rates, or you have to purchase a local data package. With Project Fi, you can be setting in the Rio Dulce or anchored off Georgetown in the Bahamas or yes, even in Marina Hemingway in Cuba, and you don’t pay any extra for your data. How cool is that? Plus, you can take your phone number wherever you want, because international calling is just 20 cents a minute. So no need to be constantly changing SIM cards (and phone numbers) as you go from country to country to avoid Verizon’s $1.79 a minute international roaming rates.

Now some of you may be thinking, “That’s great, Robert, but it just looks like a really cheap rate plan with some cool features. I don’t see anything that will really shake up the industry.” But here’s where Google is blowing up the current cellular model. When you make a call or send a text on Project Fi, your phone will jump to whichever network currently offers the best connection and bandwidth, including WiFi if available! The system currently uses both the Sprint and T-Mobile 4G networks, but if I were a betting man (and I’ve been known to visit the occasional Blackjack table), I’d bet the list of carriers that join the system grows. So you’re not tied to any particular network.  In fact, you probably won’t even know how your connection is being routed when you make a call, because it’s designed to seamlessly pass off between cellular (currently Sprint or T-Mobile) and WiFi. And oh by the way, when WiFi is available, your calls are free and your data usage doesn’t count, even internationally! (some local fees and restrictions may apply)

There’s a bunch of other cool features as well, such as being able to link any device that can use Google Hangouts, like a tablet or laptop, to your Project Fi account so you can send and receive calls and texts on those as well. And some other stuff that you really should go visit the site and read about.

So what’s the catch? Well, in order to sign up for the Project Fi service, you have to have one of these: 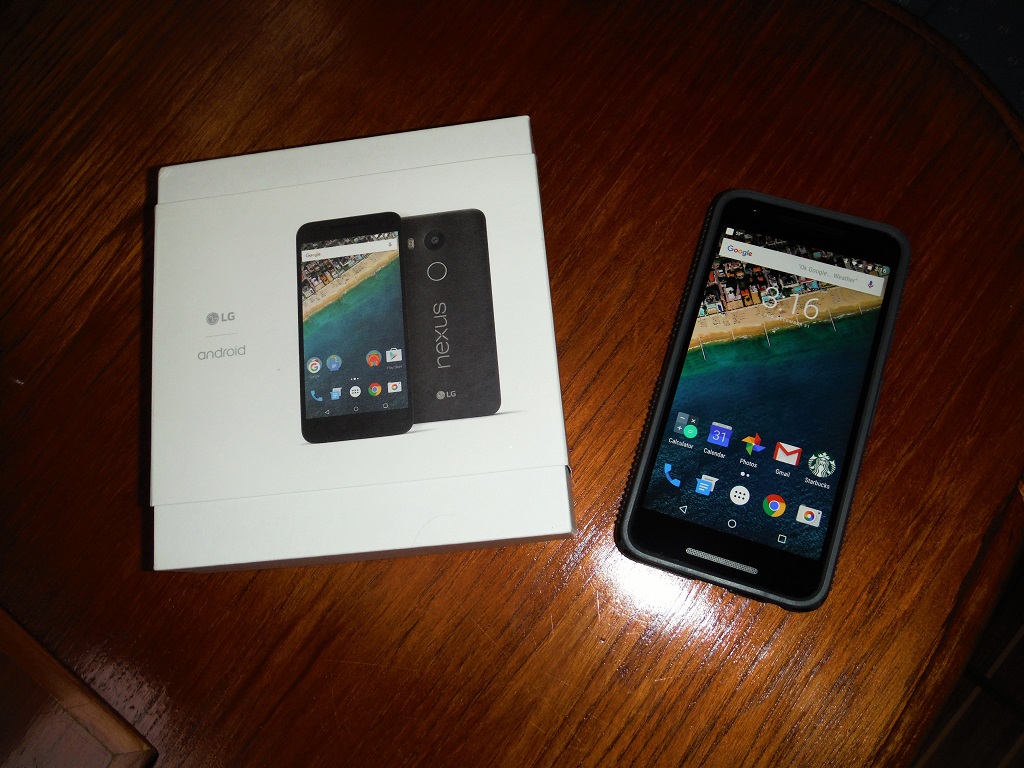 The Google Nexus 5X, 6 and 6P are the only phones currently available that include radios for every cellular system on the planet. You see, that’s another destabilizing innovation. Cellular companies want to sell you phones that will only work on their networks. But Google has built a new generation of unlocked phones that will run on any GSM or CDMA network and with any carrier. Boy, let me tell you how much I enjoyed taking my new Nexus 5X to the Verizon store to pick up a nano-SIM and upgrade from my three year old locked-to-Verizon Samsung Galaxy S3. They treated it like they were Dracula facing a wreath of garlic dipped in holy water. It absolutely made my day!

So even if the thought of trying something so revolutionary doesn’t appeal to you, if you’re in the market for an unlocked GSM phone to take cruising (that can also work on CDMA networks!), I strongly suggest that you give the new Google phones a look. Unless you belong to the cult of Apple, of course. Then you’ve made your pact with the Devil when you signed on to a closed, proprietary system instead of an open platform like Android, and you must suffer the very expensive consequences for the rest of time.

So have I switched yet? Truthfully, no. I knew Rhonda and I wanted an unlocked GSM phone to replace our old, tired Galaxies when we head for the islands, and I’d already decided one of the new Nexus phones was the way to go. A $50 off offer just before Christmas made the decision even easier. It wasn’t until after I’d started using the phone that I found out about Project Fi. So I’m still thinking about it. But I’m leaning more and more toward “Yes!”

Two last things you should know. Project Fi isn’t like Cricket or Straight Talk. You can’t walk into the local cell phone store and sign up. You have to apply on Google’s Project Fi site, and then they have to approve your application. This is considered a trial program to test the market, and everyone who signs up is basically a beta tester for the service. I signed up, and had my approval within seconds. Which leads to the second point. Like Google Glass, they could decide to pull the plug on this at any minute, and then you’d have to go crawling back to your old carrier. So if you do switch, try not to go all smug and righteous on your old cellular provider. Because there’s a chance you just might have to mend fences with them later. But how cool will it be if the future is a totally network agnostic phone that just works wherever you are with no outrageous roaming rates?