We take pride in the fact that everything onboard Eagle Too works. When you’re talking about an 18 year old boat, that’s really saying something. It comes from her having had a previous owner that was meticulous about maintenance, and our obsession with fixing anything that isn’t doing what it’s supposed to do when it’s supposed to do it. There’s one item onboard though that requires way too much of our time and attention. And dealing with it is beyond a doubt one of our least favorite things.

One of the challenges of a life afloat is managing the level in our holding tank. That’s the tank that holds the discharge from the toilet, in case you weren’t aware. When the tank gets full, you have to have it pumped out. If you don’t, then it will overflow out the vent. Letting your holding tank overflow into the marina violates a bunch of environmental laws, and additionally makes you very unpopular with your marina neighbors. So we have to keep an eye on the level gauge, and plan to periodically move to the fuel pier for a pumpout. This planning can actually get a bit complex. We don’t like trying to maneuver our 37 foot, 18,000 pound craft around the close quarters of the marina if the wind is too high, and we’ve learned that if it’s blowing from the west, we can get pinned to the fuel dock, making it hard to get free and make it back to our slip. So it’s more than just saying, “The tank’s full honey, let’s go pump out.” We have to have one eye on the level, and the other on the weather forecast, and try to predict a day and time when we’ll both be available and the wind is favorable, before we get too full.

Now this gets really complex if your level gauge doesn’t work. When we bought our boat last year, we noticed pretty quickly that the holding tank gauge always read “empty.” Since we were pretty sure we didn’t have a tank with infinite capacity, this was something that had to be fixed. Having had a little experience with holding tank level sensors on our previous boat, I knew exactly what we needed. This unit from Wema is rugged and reliable, and once you have it installed, it’s easy to remove for cleaning.

Now you might be thinking, “Remove for cleaning? Are you serious?” Unfortunately, I’m afraid so. We’ll notice that the gauge has been reading the same level for a couple of days, which tells us something isn’t right. So the level sensor has to be pulled to be cleaned. And it’s probably our least favorite job. But we have to do it. A lot. Way more than I think we should have to. Like once a month or so. Why so often? Two words. Toilet paper. But more on that in a bit.

Here’s the holding tank sensor. Notice the quick disconnects we installed in the wires. This lets us unplug the sensor and unscrew it from the tank. 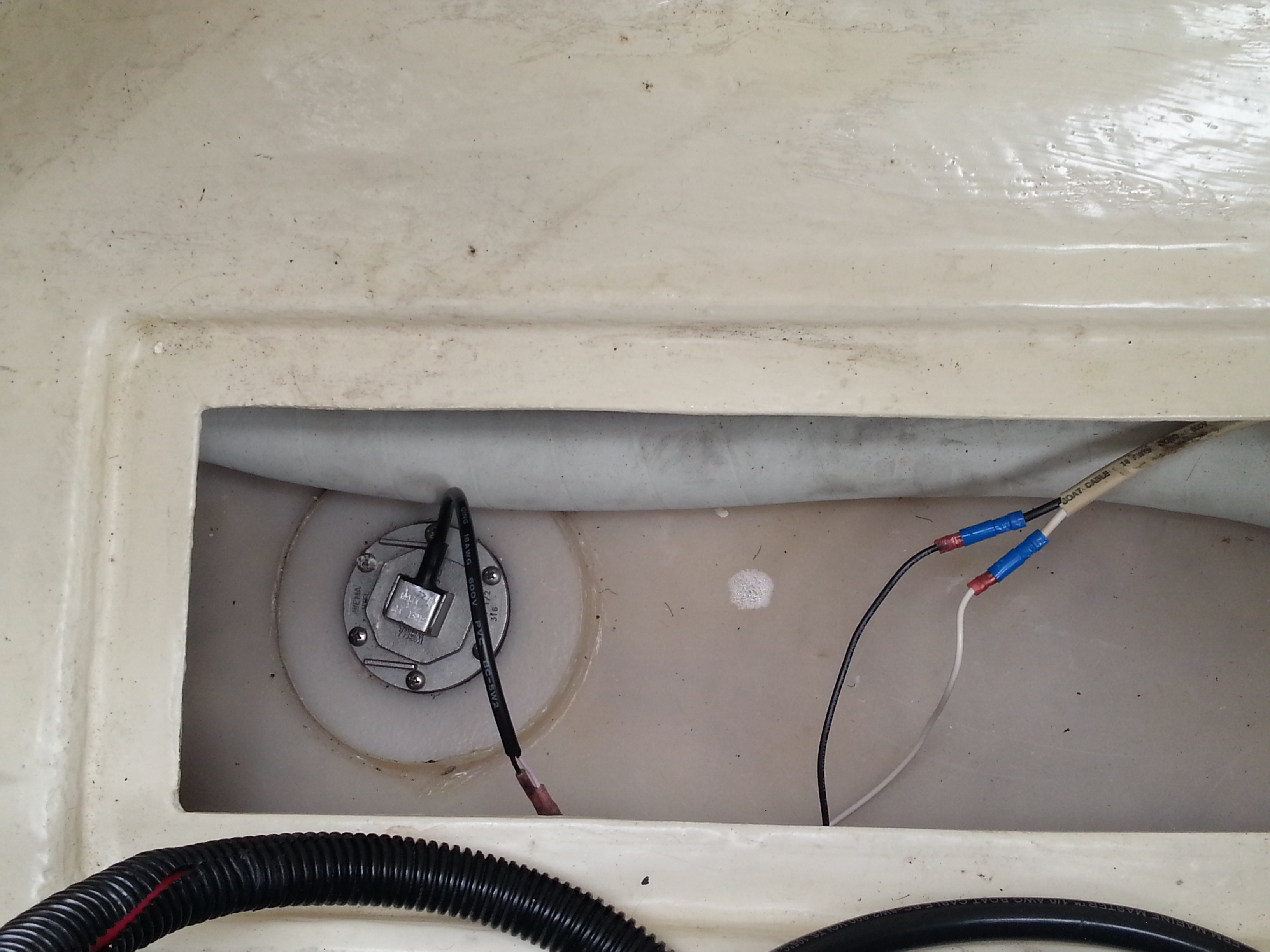 I fix up a bucket of warm water with bleach and drop the sensor in to soak. 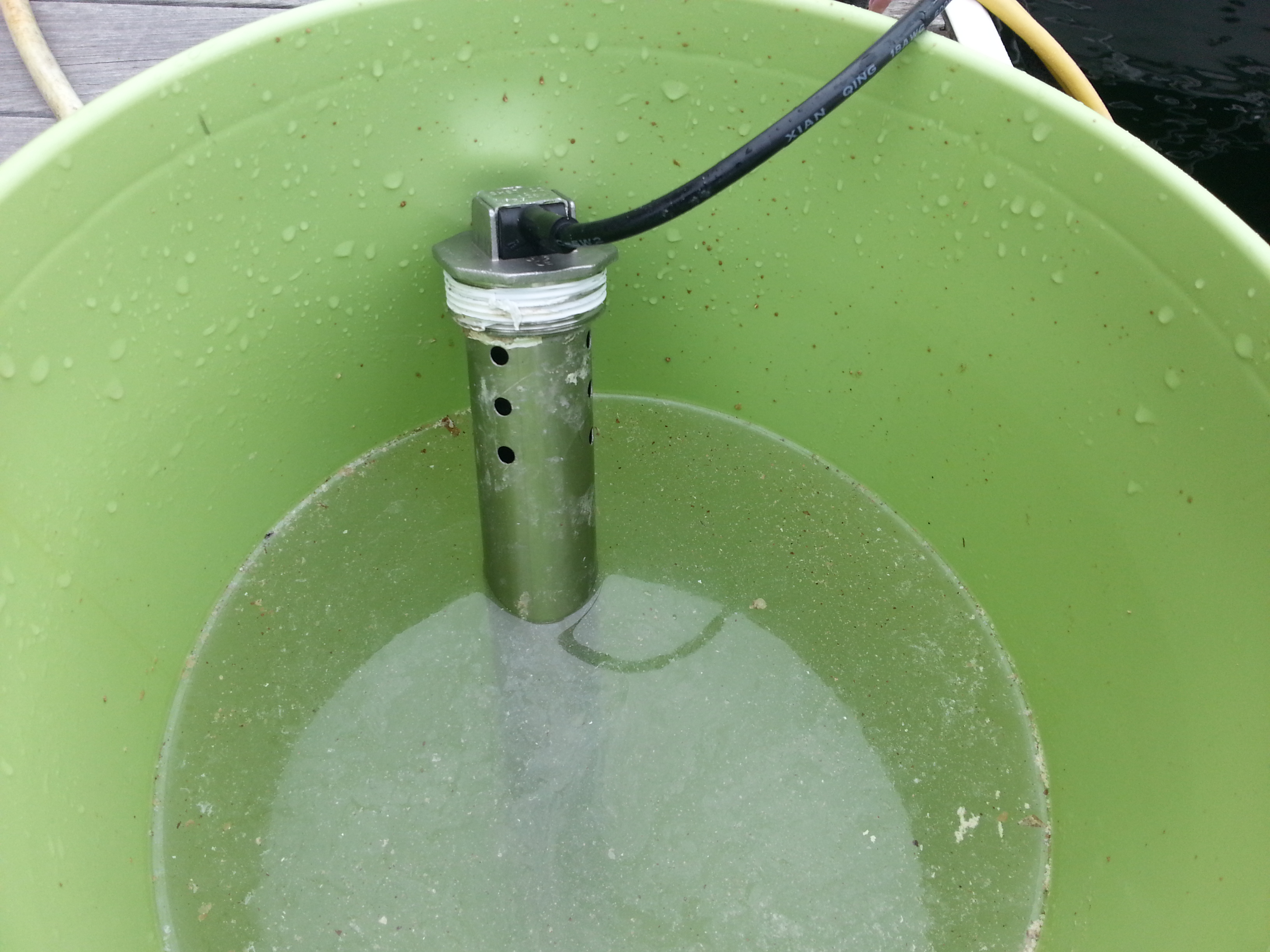 Remove the retaining clip from the end and slide off the sensor body, and you can immediately see the problem. 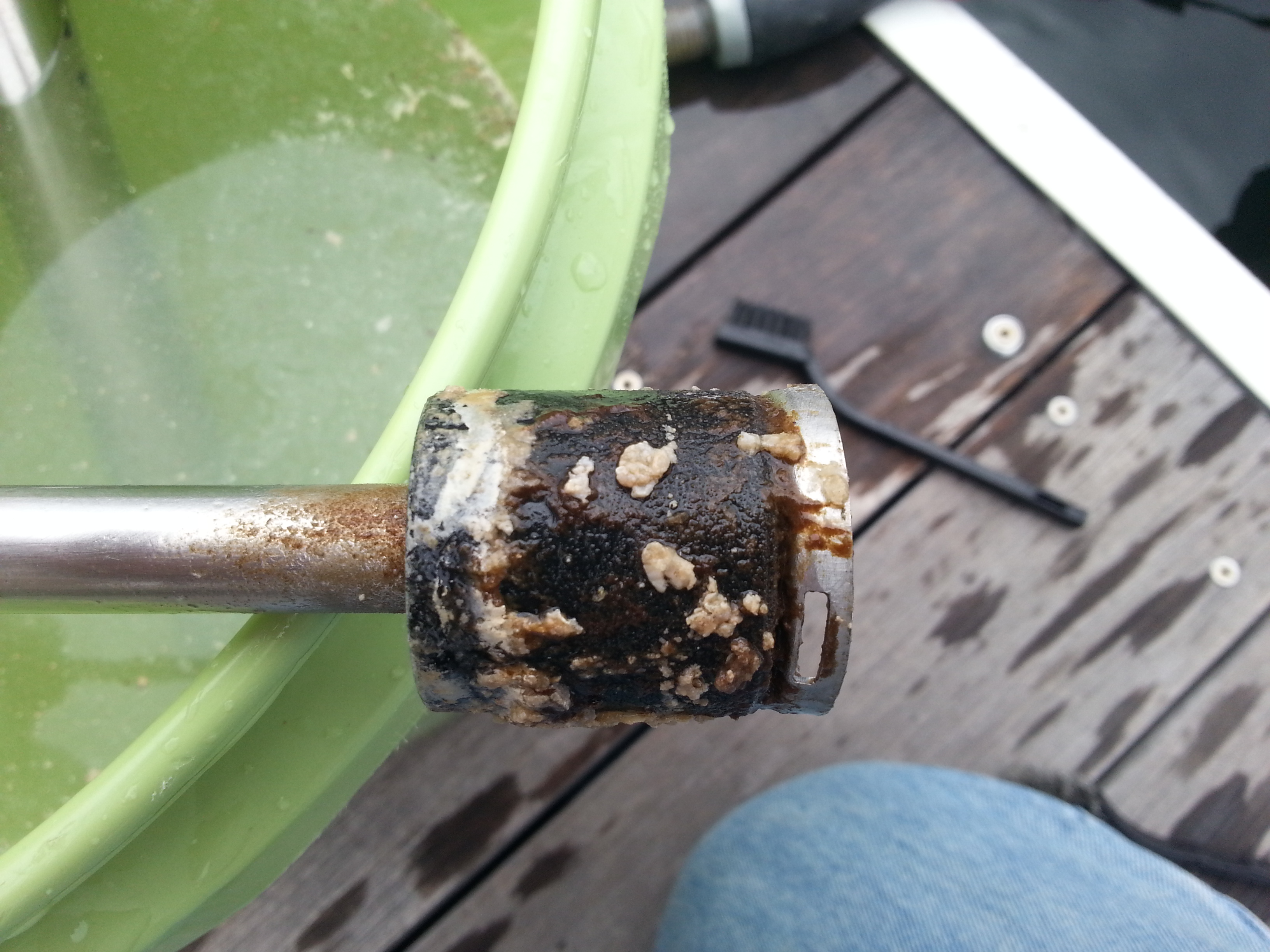 You see, when you flush toilet paper down the toilet, it turns into pulp in the holding tank. It basically becomes paper mache. Foul, odorous glop. It gets inside the body of the sensor and glues the float in place. You then have to take the sensor apart and clean off the glop. A job I’m getting pretty good at, and can now knock out in about 15 minutes.

A quick scrub with a nylon brush, and everything is ready to be put back together and reinstalled. 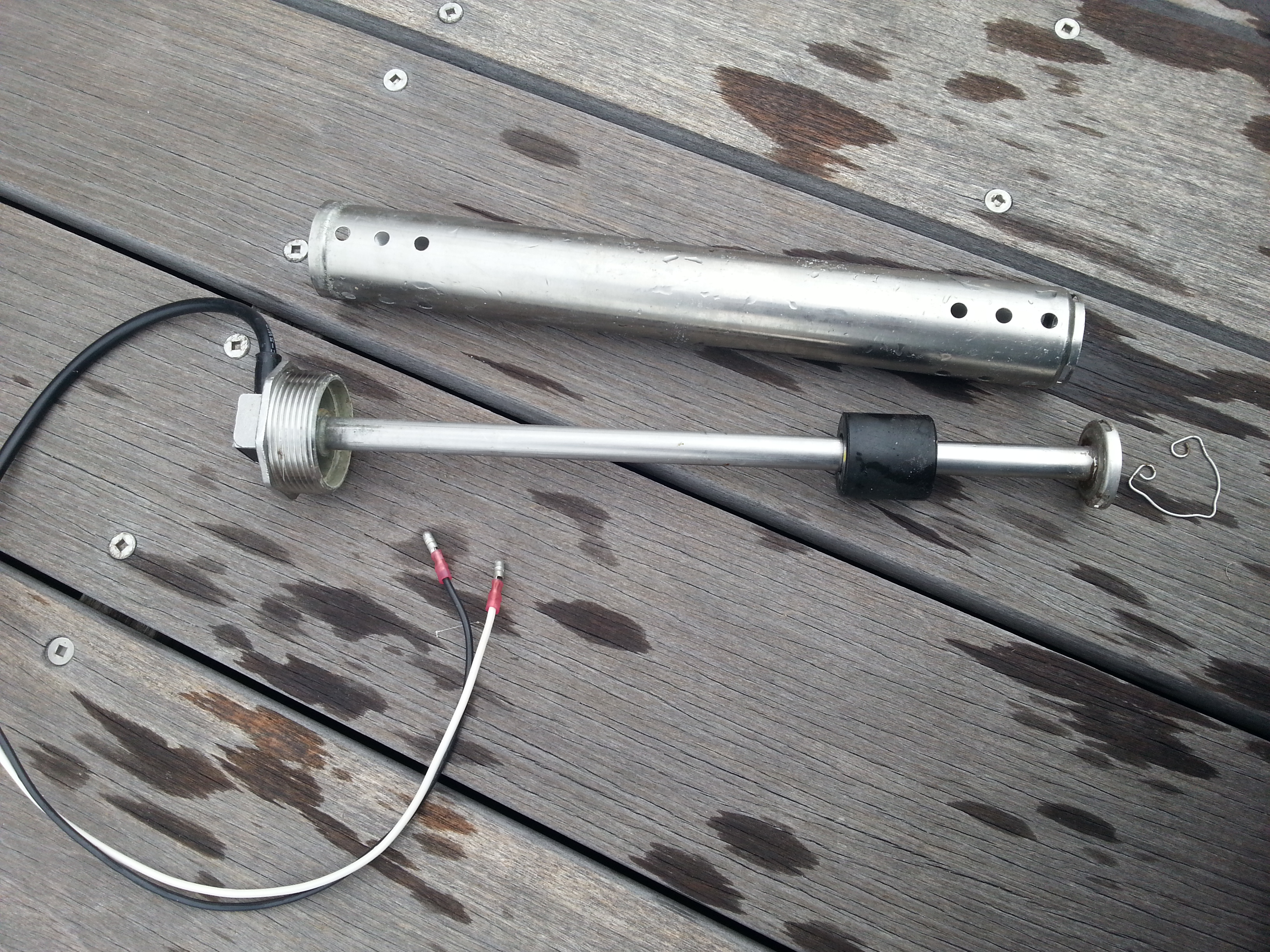 Now I’d really like to not have to do this job so often. But there’s only one solution to the problem, and it can be somewhat controversial. There’s little middle ground on this issue.

You don’t put toilet paper in the toilet. It goes in a small trash can instead.

If you have a boat with a marine toilet (head), I’m sure you’ve heard the instruction that “nothing goes in the toilet that hasn’t first gone through your body.” Since we typically don’t eat toilet paper as part of a healthy diet, then it is obviously excluded. But I’d guess most people would probably think it’s pretty icky to put it in a trash can, so they flush it. And your boat might be fine with that. Ours obviously isn’t. So we don’t.

Now we actually have quite a bit of history with this issue. When we did a sailing charter in the British Virgin Islands a few years ago, we were specifically told during our pre-departure briefing that there will be “no toilet paper put into the toilets.” When our lips curled with mild disgust, we were told, “it washes up on the beaches. And it clogs the heads. And there’s a $500 fee if we have to disassemble the head to unclog it.”

OK then, no toilet paper it is. We even found that on some of the islands, where the sewage treatment systems are very rudimentary, when using a perfectly normal toilet at a beach bar or resort there would be a sign in the stall that said “deposit toilet paper in receptacle” and a can to toss it in. So we are familiar with the drill. And we’ve adopted it as a practice onboard Eagle Too.

We do hope that someday, some of you may be guests onboard our vessel. If you do spend a few hours or a few days with us and you hear nature’s call, we will pass on to you the instruction not to put anything in the head that you haven’t first digested. We’ll point out the convenient receptacle. It’s a request you’re under no obligation to observe. If you just have to flush the paper, we’ll be glad to patiently walk you through the process of removing and cleaning the holding tank sensor. Since it will be your first time, it probably shouldn’t take you much more than an hour. 🙂

2 thoughts on “Our Least Favorite Chore”