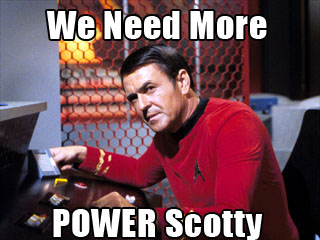 In More Power Scotty! Part One, we outlined our plan for transforming the DC electrical system on Eagle Too from one designed for weekend cruising to one more suitable for a Life On The Hook™. In Part Two of the series, we selected our new batteries, and in Part Three, we showed you how we installed them. Now we’ll take a look at how we reconfigured the operation of our electrical charging system, and the new battery chargers we chose to maintain our house bank and starting battery.

To begin, here’s a diagram of what the electrical system on Eagle Too looked like when we bought her.

Now my degree is in Engineering Technology, not Graphic Arts, so please cut me some slack on the diagram. But while crude, it gets the point across. Our electrical system was originally pretty basic. One house battery (a single 4D), one starting battery,  and one 30 amp battery charger feeding both batteries. When the engine ran, the alternator fed current back through the cable from the starter to the starting battery. Whenever the engine key was in the Run position, it closed a solenoid I’ve called Paralleling Relay above to allow the alternator to charge both batteries. The 150 amp fuses were there in the event that you severely depleted your house bank before starting the engine. They are intended to stop a massive rush of current from the starting battery to the house battery when the paralleling relay closed. Those were the only fuses in the system. Note that for clarity (actually, because I didn’t want to bother drawing them), the two battery isolation switches were left out.

As we outlined in Part One, we had a specific set of criteria we wanted our electrical system to meet. What we ended up with looked like this:

The biggest differences are that we’ve increased the house bank to four times the original size (from about 150 amp hours to over 600 amp hours), and we’ve taken all charging sources to a common bus. Once again, I’ve left out the battery isolation switches. Some specifics: 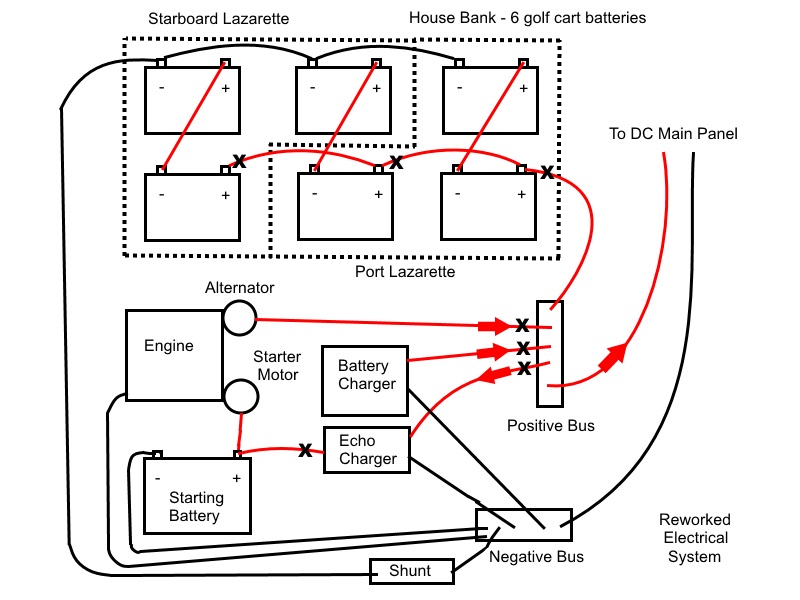 We have a stash of spare fuses onboard in case something blows.

I didn’t show it in the diagram because it was just getting too busy, but I left the paralleling relay circuit intact. But I disconnected the wire from the engine key switch to the relay, so it will no longer engage when the engine is started. My plan (I haven’t gotten to it yet) is to put a simple on-off switch in the lead to the relay. It will probably always stay in the “off” position, but just in case we ever find ourselves with a dead starting battery and power remaining in the house bank that could be used to start the engine, we can push the switch to “on,” allowing the relay to engage when the engine key is turned, feeding power from the house bank to the starter.

A nice advantage of this new electrical configuration is that as we add additional power sources, like solar (500 watts of panels are already on their way!) or a wind generator, all we have to do is wire the output from the appropriate controller to the positive and negative bus to integrate the new power source.

So here’s the info on the chargers we selected. For the primary battery charger, we used a Sterling Power ProCharge Ultra.The 50 amp model. Retail price is $520, but by shopping around online we were able to find it for $400. The same model is also sold under the ProMariner name, available through West Marine and other marine retailers (at a higher price, of course). Why did we choose this model? Primarily due to this review. In fact, there’s so much good info in that article, and it explains so much about what we did on Eagle Too, that you should probably go ahead and read the entire thing. Go ahead, we’ll wait. La-la-la-la-la-de-da… 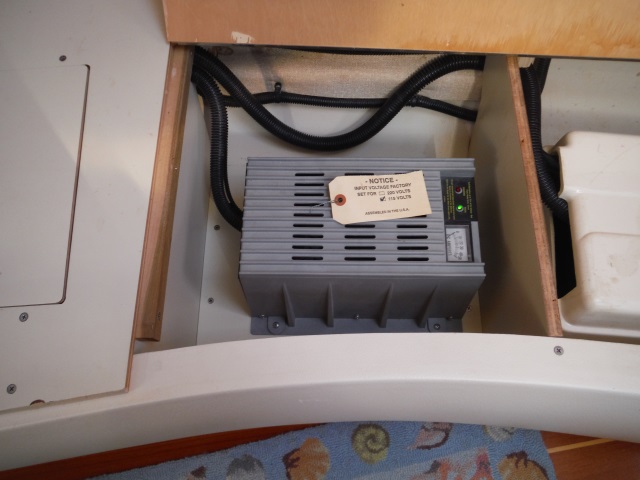 And here’s how it was wired up, with two outputs run to the two batteries, and the unused output jumpered: 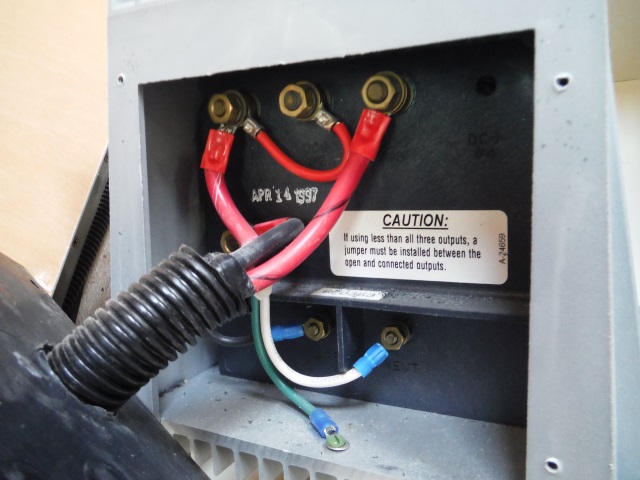 And how we wired it up, using one output to the house bank and jumpering the other two: 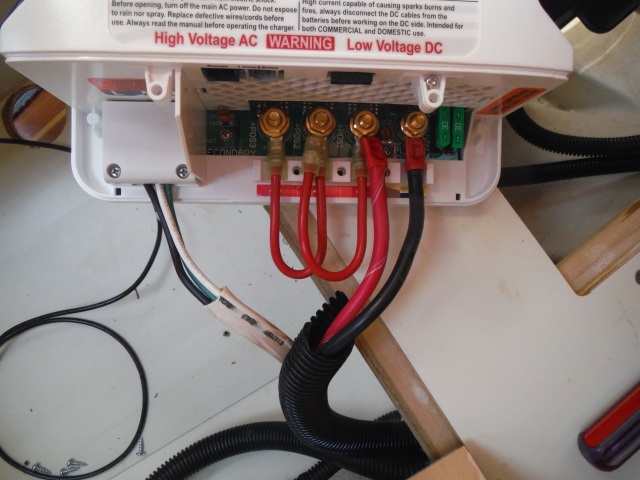 It then fit very nicely in the space formerly occupied by our old charger: 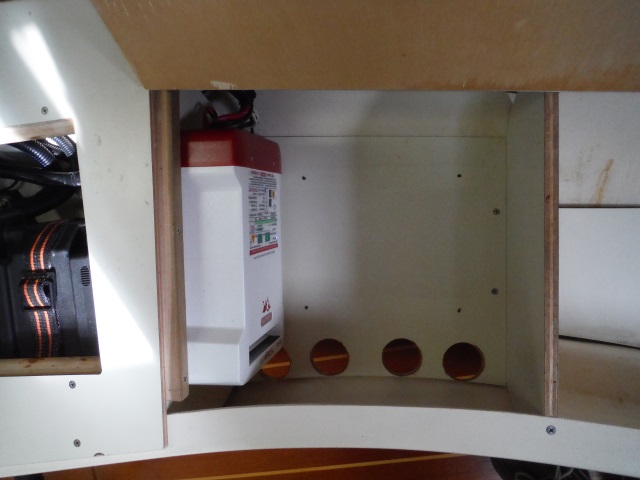 And since we also removed the old 4D house battery, we freed up this much storage space under the port settee: 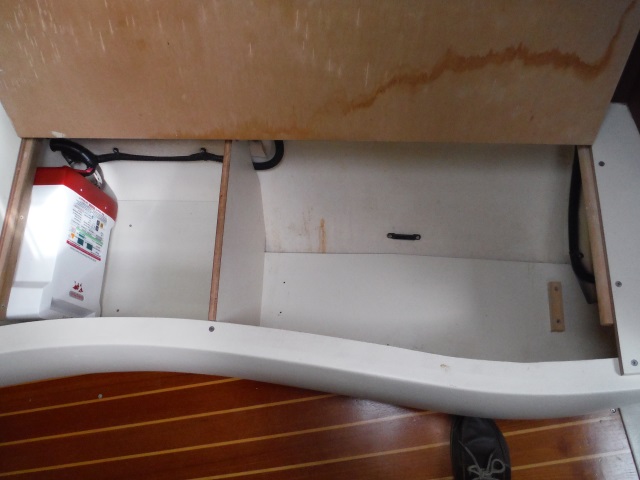 Which naturally got immediately filled with provisions and fishing gear.

As for the echo charger, we used a Xantrex Digital Echo-Charge: 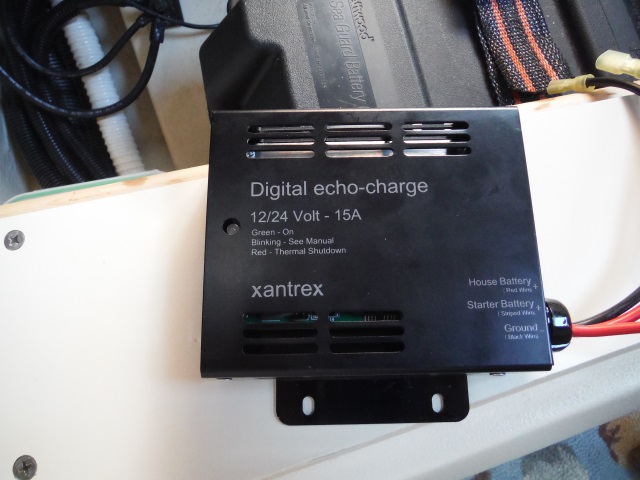 Which we mounted to the inside of the compartment where the starting battery lives under the port settee: 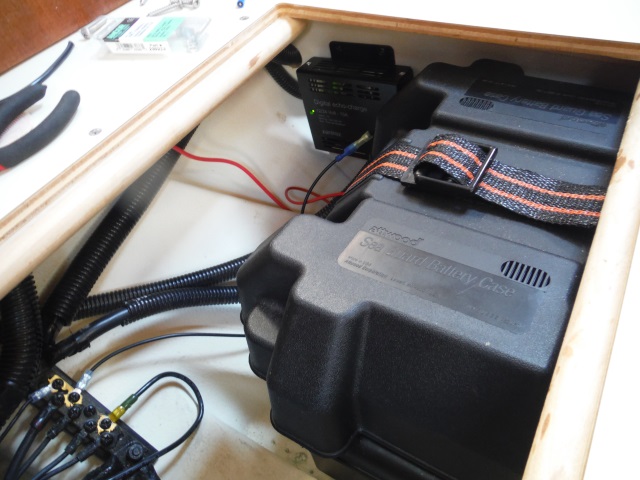 Everything has been in place now for four or five months, and it’s all working exactly as envisioned. Our primary charger can pump out maximum juice when needed to our house bank, without overcharging our starting battery as it did formerly. Meanwhile, the starting battery is completely isolated and protected, maintained by its own charger that feeds it a steady diet of yummy juice whenever some is available. And we’ve gained the ability to regularly equalize our bank, a feature our old charger did not support.

In the next installment of More Power Scotty!, we’ll talk about the monitors we installed to keep track of how our electrical system is performing. And that’s a wrap for this installment. Any questions?