If you have a boat of a certain age (built prior to 1998) there’s a good chance you have a few Lewmar ports onboard, of the design they call Old Standard. They appear to have been the go-to port for production boat builders in the 80’s and 90’s, probably because they were aggressively priced. For reasons known only to Lewmar (but probably related to hitting that aggressive price point) these ports were designed with a two piece aluminum frame, which were fitted together to form the completed port. 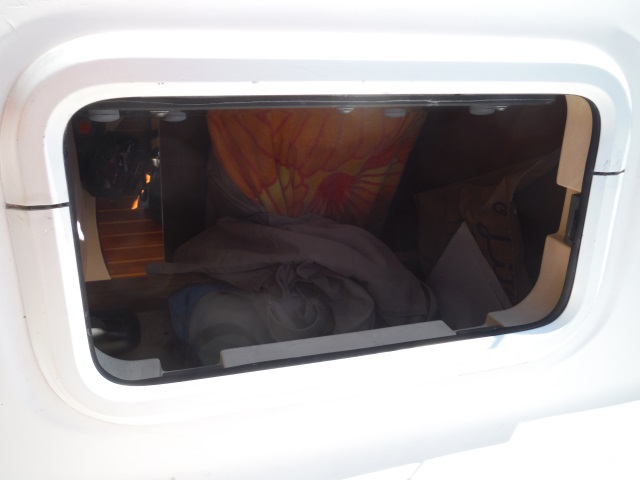 The problem with the ports and the reason I say it was a bad design is that Lewmar used a gasket or separator strip of some kind between the two frame pieces. A part that only appears to have had a lifespan of five to ten years before crumbling to dust due to UV exposure. 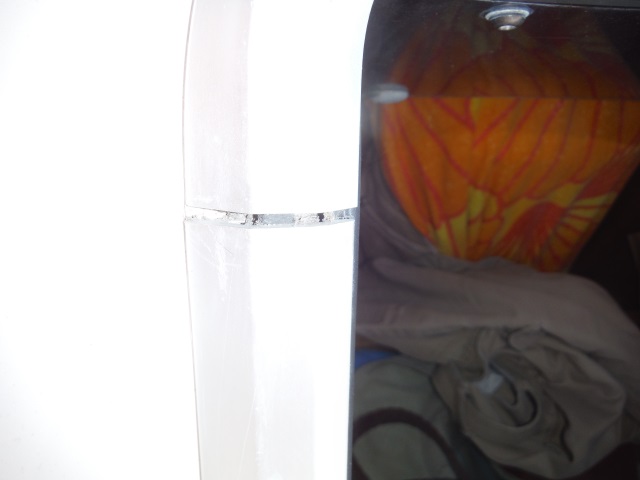 Once these separators finally crumble away, a direct path opens for water to leak past the port seal and enter your boat. Consequently there are hundreds, probably thousands, of boats out there with ports that drip, dribble or pour whenever it rains. Here’s one on Eagle Too where the previous owner tried to “fix” the problem with some silicon. 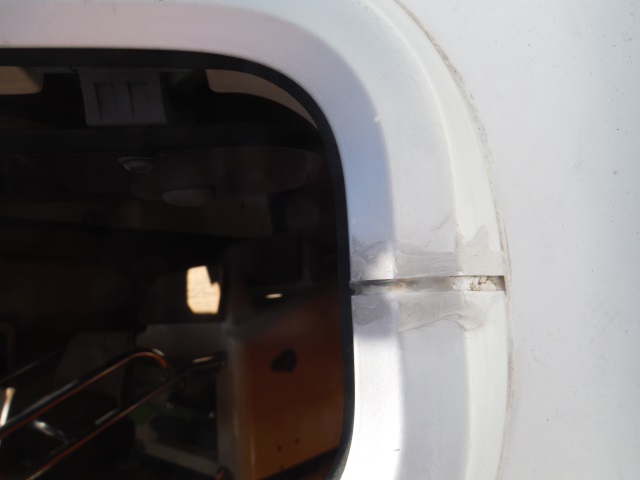 If you have this problem on your boat, you can do something about it without having to yank the ports out and replace them. If you’re tired of having to place pots and bowls to catch leaks whenever the skies threaten, then try this fairly simple and inexpensive fix.

First, pull together the following tools: 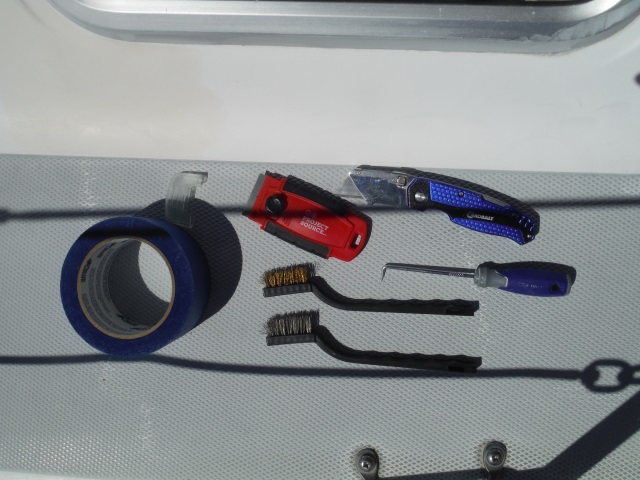 Use a scraper to remove any silicon or other caulk that may have been applied in a previous (probably futile) repair attempt. Then use the pick (or similar tool) to pick out all the decaying little remnants of whatever used to be in those slots. Next, use a small wire brush to scrub the slots clean and get every little last bit of crumbly old seal out, and follow up with a good wipe with an acetone soaked rag. Don’t use alcohol, as it can interfere with the curing of the caulk that’s to follow.

Then mask the now clean slots with painter’s tape. 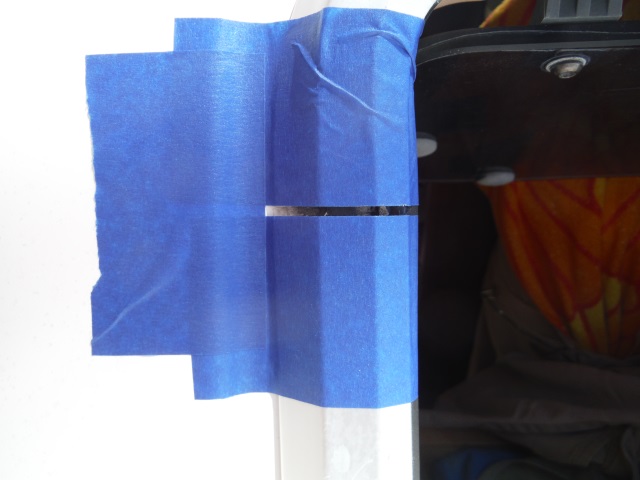 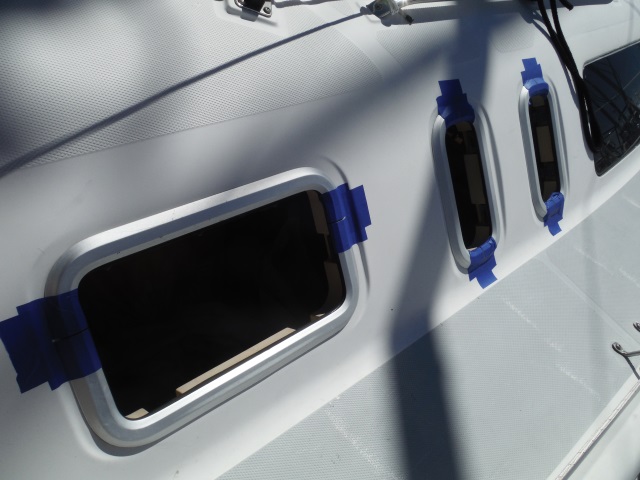 Next, use a black polysulphide caulk to completely fill these slots. You could probably use silicon if you must, but I’m one of those people who think silicon should never be allowed on a fiberglass boat. Plus if you use silicon you’ll probably be doing this job again in a few years.

Fill the slots full, and then use a tool of some sort to force it down into the slots and trowel it smooth. I find the little black plastic stirring sticks that West Marine sells for mixing epoxy work well. 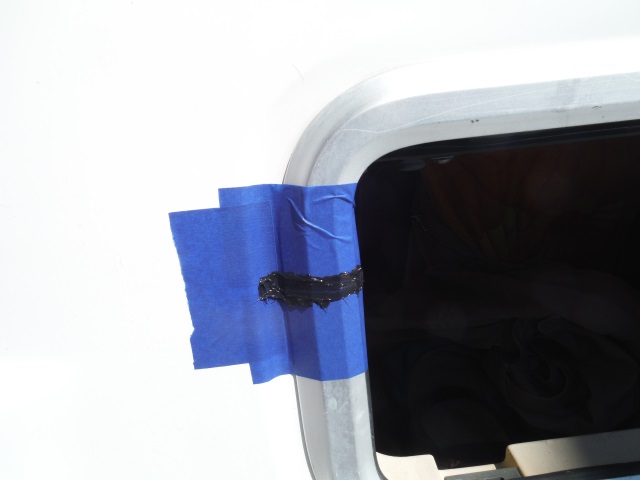 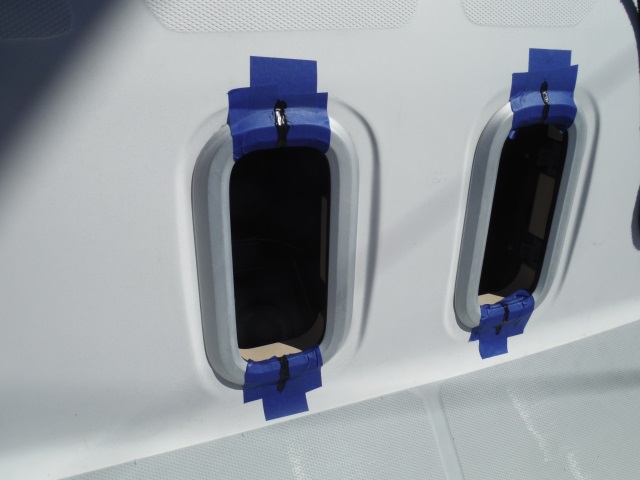 Allow the caulk to cure until it has started to set, and then carefully peel away the painter’s tape. If you take your time with it, you’ll be rewarded with port frame seals that look factory new. 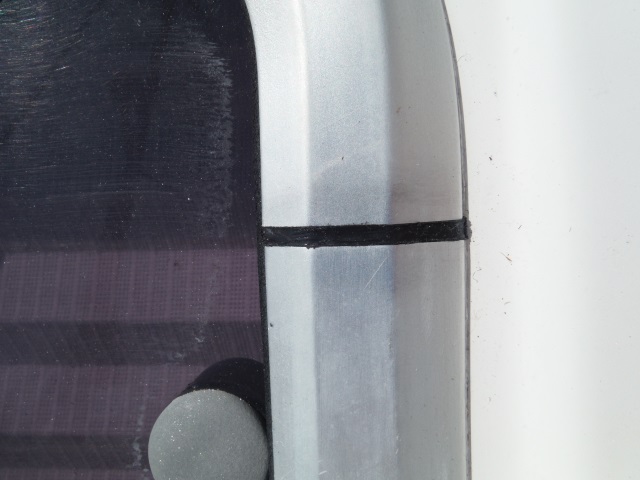 Will this stop your ports from leaking? Not necessarily. They are still 20 year old ports, afterall. But at the very least it should help significantly, and it could possibly fix the problem completely for the price of a tube of caulk and a couple of hours of your time. Plus they’ll look so much better when you’re done!