We previously outlined the proposed path for our upcoming sail-about in the post The Beginning Of A Possible Plan. Since writing that post, we’re still pushing pins around on the map, but it looks like the plan is solid to jump from the Keys over to Cuba, then westward to Mexico, followed by a turn south to Belize for the Placencia Lobster Fest in June. Then we’ll tuck into the Rio Dulce in Guatemala for hurricane season. But when we poke our heads back out in November, rather than head further south as originally proposed, it’s looking more like we’ll pop over to the Bay Islands of Honduras, and then shoot back up to Cuba, the Caymans or Jamaica depending on the wind, and then work eastward to the Virgin Islands along the south shore of Cuba and Hispaniola. Once there, we can turn south and head down island, arriving in Grenada for the following hurricane season, where we’ll be south of the major storm tracks.

We still plan to visit Cartagena, Columbia eventually, but everything I read says it’s much easier to get there by heading west from Grenada than to try to work eastward from the Rio Dulce. If we do that, then we can continue on to the San Blas islands off the coast of Panama, then a stop in Costa Rica (because who doesn’t want to see Costa Rica?) and then work our way back around to Honduras, where we’ll have completed a circle of the entire Caribbean. 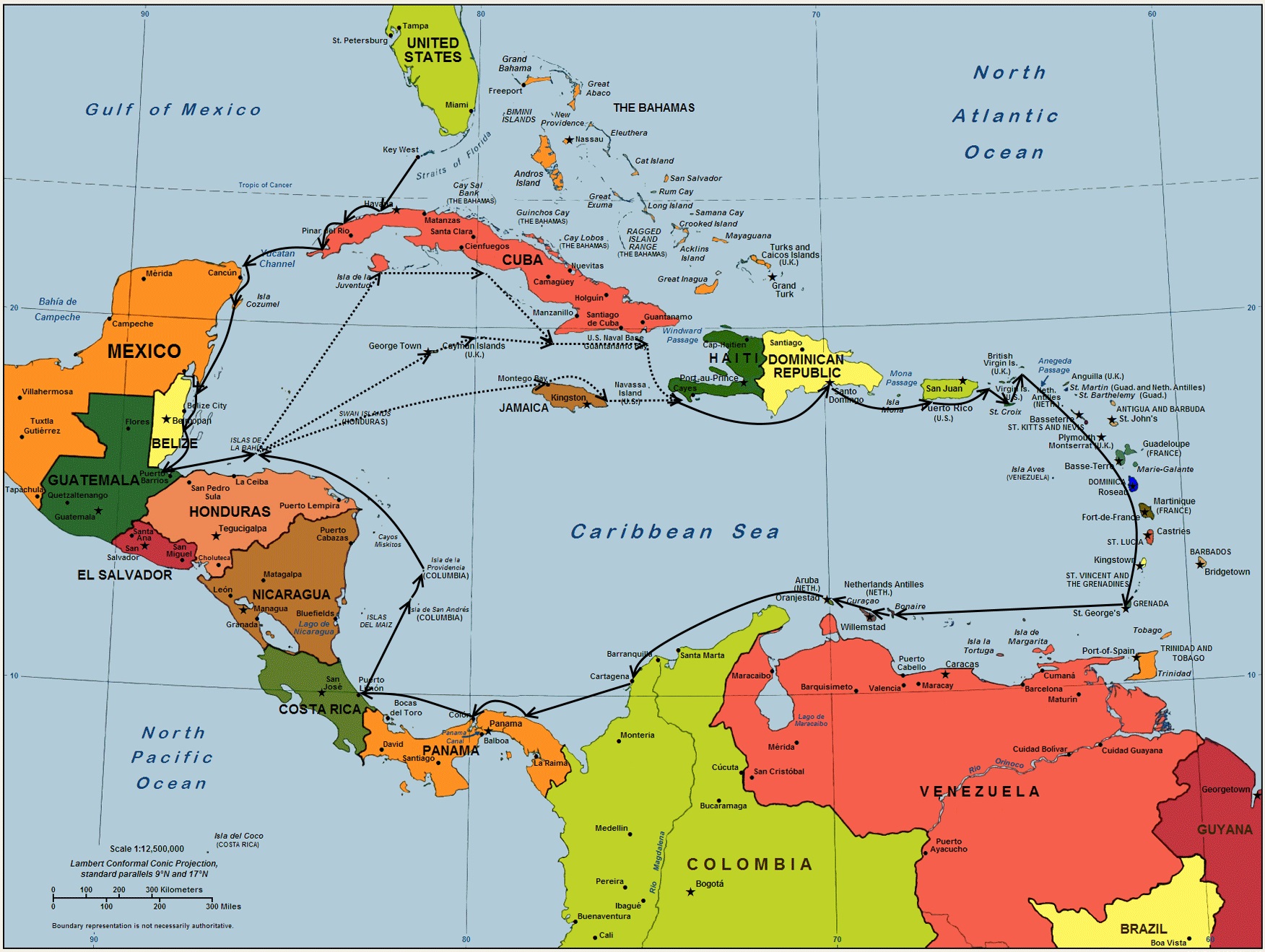