I finally had the opportunity to try out the ATN Mastclimber we purchased earlier this year. While I can’t exactly say I was flying through the air with the greatest of ease, this daring (not so) young man on his flying trapeze (or set of ascenders, actually) had no trouble attaining the highest of heights. 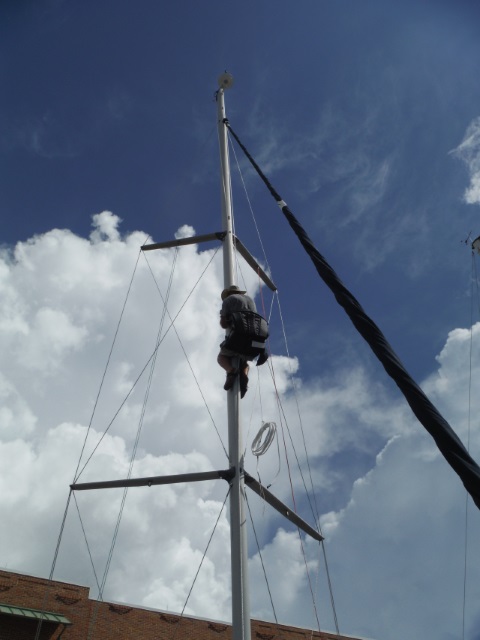 As advertised on the ATN site, you simple clip the ascenders onto a taught halyard, and start climbing. In this case, I clipped the spinnaker halyard to a block at the base of the mast, and then tensioned it with a winch. Once at the desired height, it’s easy to just settle down into your bosun’s seat and get to work. 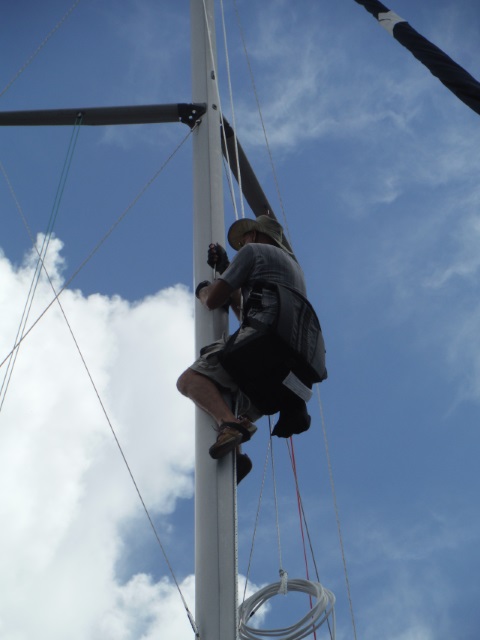 The video on the ATN website shows someone working without a net (i.e. no safety line), and I suppose that would probably be OK since it’s a redundant system using two ascenders. Unless your running rigging is total crap, it’s very unlikely that your halyard would pick that exact moment to exit the scene. But because I’m Navy trained, I usually take a belt-and-suspenders approach to safety. So I clipped the boom vang to the chair as a safety line, took it to a winch, and had my brother tend it while I went aloft. It was just one less thing to worry about while I was up there.

I’d received a tip from a reader about using gloves to avoid finger pinches, so I donned some sailing gloves before starting to climb. I did learn that next time, I’ll want to put some knee socks on. I felt more stable with the loop stirrups under the arches of my feet rather than the balls, but this caused the nylon loops to chafe and cut into my lower shins, which were pretty raw by the time I descended. 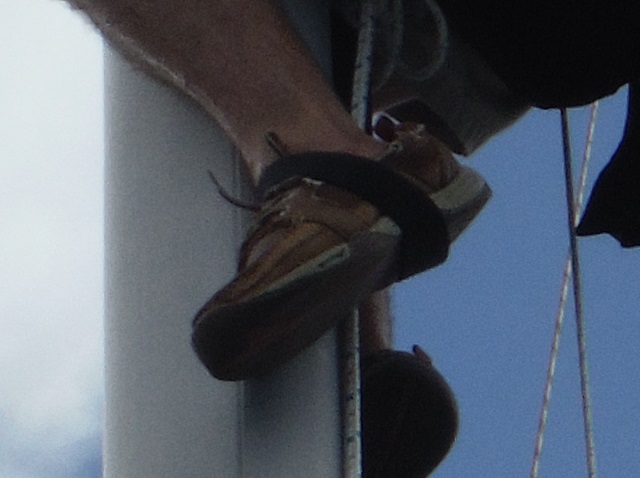 While it might have been a fashion faux pas, I think a pair of tube socks would have helped immensely.

I always felt this device was a bit pricy for what you got, but I discovered that they make it in two flavors, one with and one without a bosun’s seat. Since I already had a really nice seat, I went with the “bring your own seat” version, which was significantly less expensive, and then bought it from Defender on sale. At about $225 total, I figured it would pay for itself after just one or two uses. 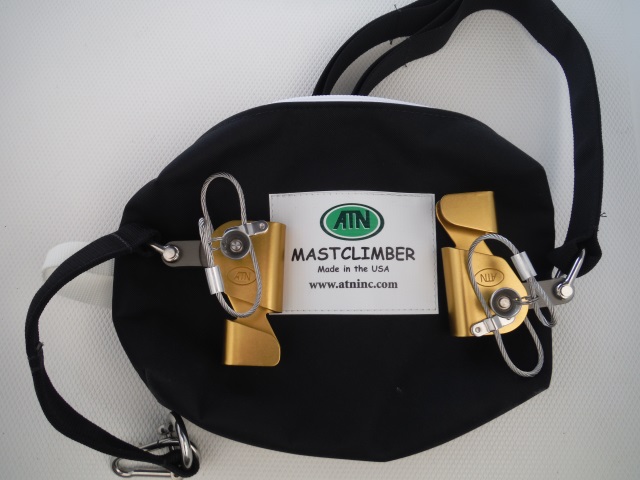 It’s a solidly built tool that lets you confidently climb the mast in reasonable comfort, and we highly recommend it as essential maintenance gear on any cruising boat out there. We give it the LOTH™ Seal of Approval.