People have often asked us what our plans are when we head out. Our answer has always been something along the lines of “sail the islands.”

“Which islands? Where will you go first?” they ask.

“We’ll see…” we’d say. Because we really haven’t had a definite plan.

We very much want to visit the Bahamas and then spend time more thoroughly exploring many of the Leeward and Windward Islands that we’ve briefly visited in the past,. But I really haven’t been relishing  the long and difficult upwind slog to get there, the so-called “thorny path.” The primary procedure for taking some of the thorns out of the trip, the one detailed in Van Sant’s “The Gentleman’s Guide To Passages South”, involves primarily traveling at night when the trade winds lay down in order to work the offshore flow from Hispaniola and Puerto Rico. But neither of us are big fans of sailing at night unless it’s way offshore. And the whole part about setting out at midnight and sailing until 5 or 6 AM for days on end sounds more like a chore than a joy. 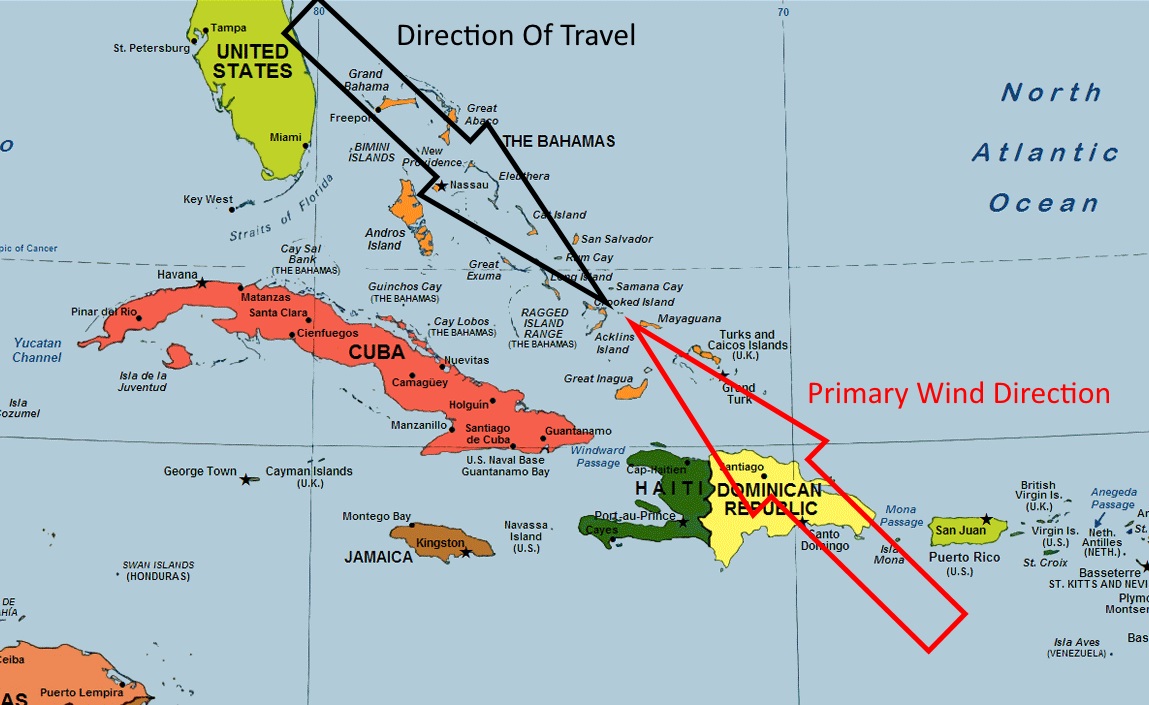 I was looking for another way. And we may have just found it.

I’ve been thinking for a while about possibly working around the Caribbean counterclockwise, which for some reason seems opposite of the way it’s normally done. But we’ve heard from several sailors who have made the trip that crossing the Gulf from Pensacola to Mexico in the spring can really suck, with contrary wind and currents. Then I started studying the pilot charts, and discovered that the southern Caribbean really isn’t a fun place to sail. High winds and 10 to 12 foot seas off the northern coast of South America are quite common, and very experienced sailors have broken their boats there.

But after studying the pilot charts some more and reading some discussions on the Seven Seas Cruising Association’s website, I think I may have come up with a plan.

We’d first sail from Pensacola to Key West. Probably not directly—we’d follow the coast down unless we get an ideal wind.

After the Keys, we’ll shoot across to Havana, Cuba. Rhonda and I both want to see it, and since no one seems to care anymore, we figure “why not?”

From Cuba, we’ll head west to Isla Mujeres, Mexico. We’ve been following the blog of the crew of S/V Sundowner, and they loved the island so much they almost never left.

From there, it would be a short trip south to Cozumel, which we’ve been to so many times it almost feels like a third home. Then further south to a little town called Mahahual, which we’ve always enjoyed and would like to see again.

It’s an easy trip down the Mexican Riviera from there to Ambergris Caye, Belize. Then Caulker Caye, and if all goes well, we should be able to drop the hook in Placencia just in time for their Lobsterfest in June.

Maybe we’ll tuck into the Rio Dulce in Guatemala for the peak of hurricane season, then southeast to the Bay Islands of Honduras, Costa Rica, the San Blas Islands of Panama, and ultimately, Cartagena, Columbia, which I’ve heard is just an amazing place.

But afterwards, instead of continuing east, bashing into the high winds and seas to continue the counterclockwise circuit, we’ll turn back north, and shoot across to Jamaica. According to the pilot charts, the prevailing winds generally make this a broad to beam reach (i.e. a pretty easy sail for you non-nautical types). From there you can shoot straight east to Hispaniola, Puerto Rico, and the Virgins, with a much better angle on the wind than you have if you follow the Bahamas down.

Once in the Virgins, we’d have the run of the place, with good sailing from St. Marteen all the way to Trinidad and back. 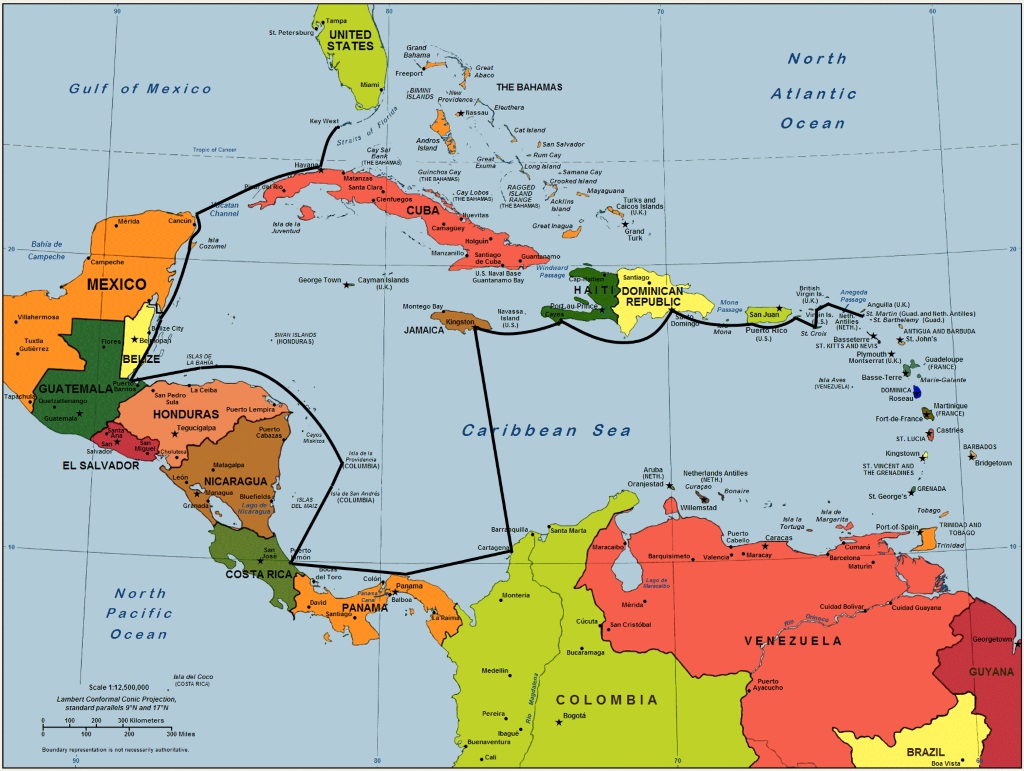 So that’s our plan. Maybe. We’ll see. But there’s just something about it that quiets that nagging little anxiety I was feeling about taking the thorny path. And we can catch the Bahamas another time, on a trip north back to the States. When it will be a nice downwind sail, rather than a grueling bash to windward.

I’m getting excited just thinking about it! Now I’m off to fly it by the Admiral and see what she thinks.