You may remember Eaglet. We introduced her back in The $400 Solution. She’s a Mercury 270 Air Deck, and she’s our trusty tender. 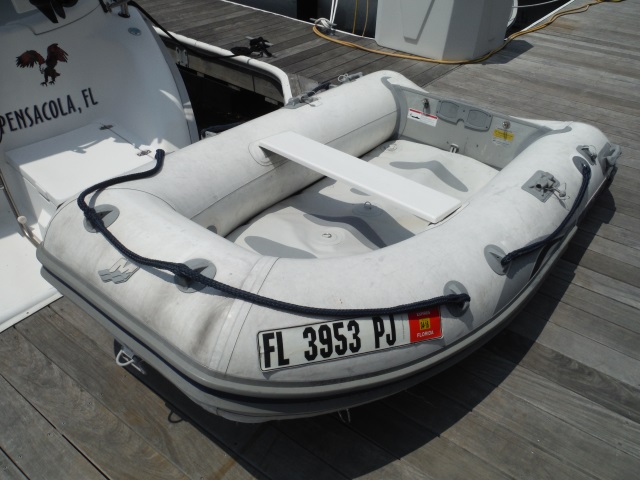 She’s been transporting us back and forth from our boat to our favorite beach bars for four years now, and has never once caused us to miss a happy hour.

Unfortunately, when we climbed in her a few weekends ago to make the trip to shore, we discovered her floor had developed an extremely severe case of Droopidus Non-Erectus. The air deck lost its stiffyness (yes, I’m making up words. I’m a writer, I’m allowed to do that!). 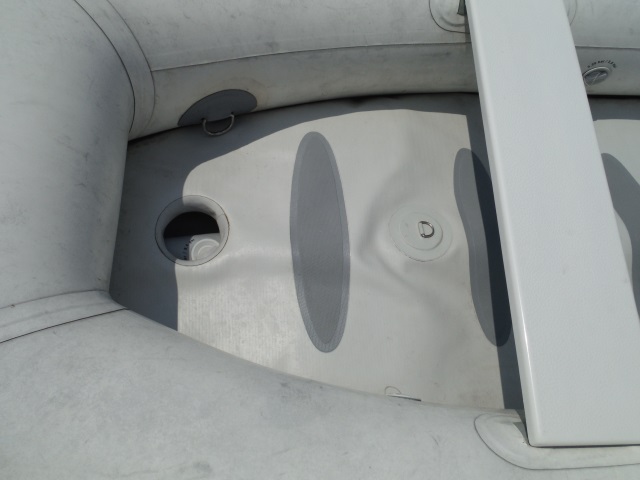 When we bought Eaglet back in 2011, we sprang for the CSM model (i.e. Hypalon, which is actually a trademark owned by DuPont, which no longer makes the material so technically there are no Hypalon boats anymore) rather than the PVC version. We’d read that PVC dinghies (which are actually the majority of inflatable boats out there) only last about four or five years in the hot tropical sun, while CSM boats can go 20 years. SInce we had plans to head for the tropics eventually (and let’s face it, Florida in the summer would meet anyone’s definition of tropical), we figured it was money well spent.

We also decided to go with the air deck model. The high pressure floor was supposed to offer the same firm footing and smooth ride of plywood or aluminum floor models without the weight. Light weight was important, since we intended to hoist the dink onto the foredeck between  uses. It also has the added benefit that you can roll it up when deflated, which we commonly do in the off season.

Interesting thing though about Mercury CSM air deck boats. The boat is made of CSM. But the air deck is PVC. That’s the only way they make them. Which is a little detail that they seemed to have forgotten to mention in the sales literature.

So here we are, a little over four years later, and our floor wouldn’t hold air anymore. Fortunately, it was easy to buy a replacement on Defender. Unfortunately, it cost almost $400. But it’s hard to put a price on good Mojitos at our favorite beach bar, so our water taxi had to be repaired.

Interestingly, air decks infected with Droopidus are apparently a common enough problem that Defender even offers its own knock-off version for those looking to save a few bucks. But we opted for the OEM model rather than going aftermarket. Next time, maybe not. We’ll see.

It turned out to be a pretty simple job to swap out the floor. There are just two little mounts attached to the stern that had to be removed so that the new deck could be installed. 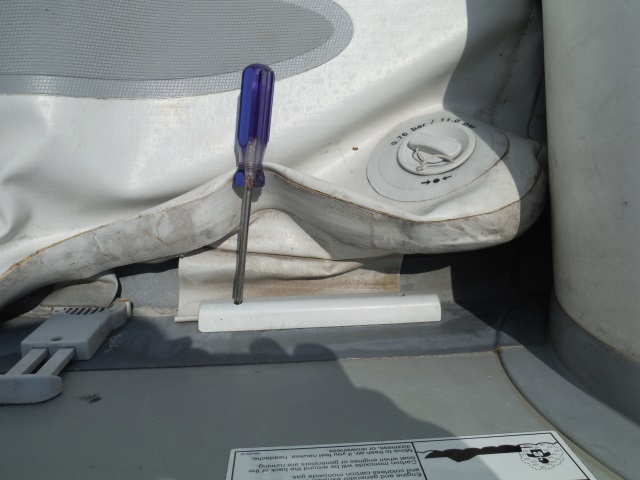 Once pumped up to the 11 PSI called for, it gets super rigid and wedges itself tightly between the boat’s tubes and bottom. 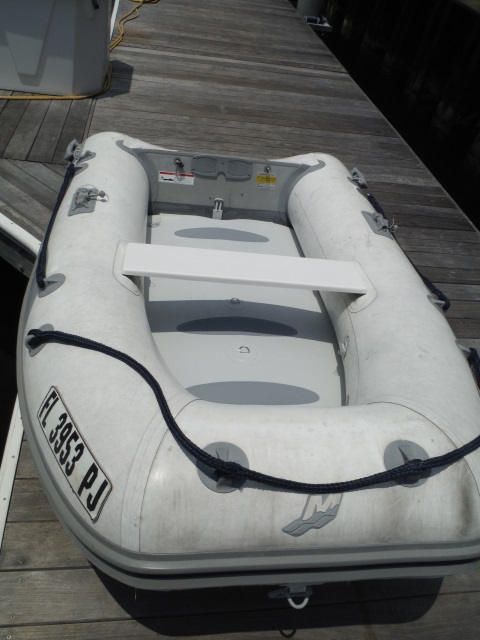 I think I remember that the air deck came with a five year warranty, so provided I can find the receipt (we should still have it somewhere around here), maybe we’ll see if it’s possible to get it repaired. Or I have this crazy idea that it might be possible to shoot it full of expanding foam. It wouldn’t roll up anymore, but it would never go flat again.

(Update: I later learned that the air deck was only warrantied for 12 months.) 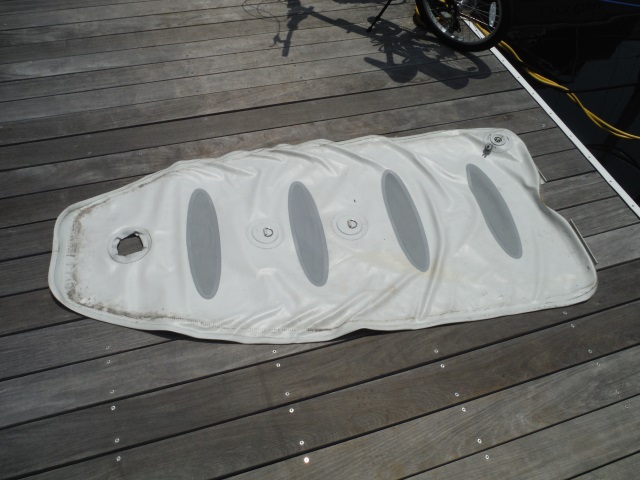 If nothing else,  in addition to keeping it as a spare, it might make a really odd and interesting paddle board!