Rhonda’s maternal grandfather Byron Woodside taught her to sail. He would take her out on Chesapeake Bay in his Cal 25, where he showed her basic boat handling and how to use a chart to maintain a plot. He called her Skipper. Thanks to his efforts, when Rhonda and I met, she already came equipped with a basic understanding of port and starboard, range and bearing, a feel for the wind and an eye for depth, and the ability to tell when there was too much or too little of either.

Mr. Woodside passed away a long time ago. Rhonda and I were newly married, and decades away from having our own boat. So he never got to see what an accomplished sailor she grew up to be.

Rhonda’s mother also passed away six or seven years ago, and Rhonda’s connection through blood to her grandfather was irrevocably severed.

Last week, we had the privilege of taking a delightful lady out for a sail. Martha is a spry woman who, even though she’s experienced almost 80 years of life on this world of ours, had never sailed before.  A woman who was an old friend and high school classmate of Rhonda’s mother, and who had known Mr. Woodside very well.

We motored when the wind was light. We sailed when it picked up a little. We offered Martha the wheel, and she willingly took it. We saw dolphins leaping. We saw a waterspout. And she had a wonderful time.

And when we were done, she told Rhonda, “Your grandfather would have been very proud of you.” And the connection was finally made. 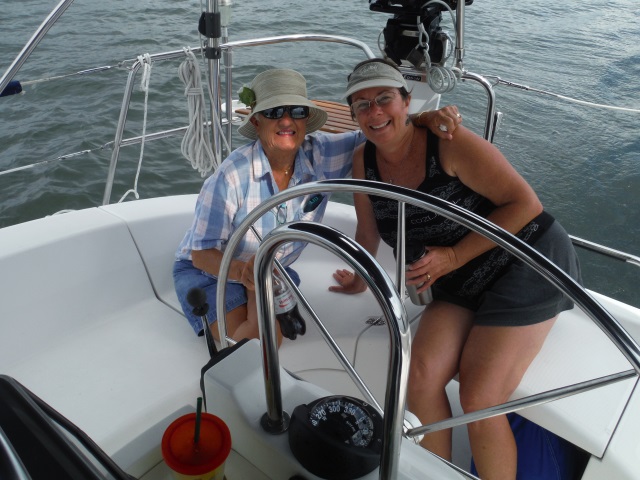 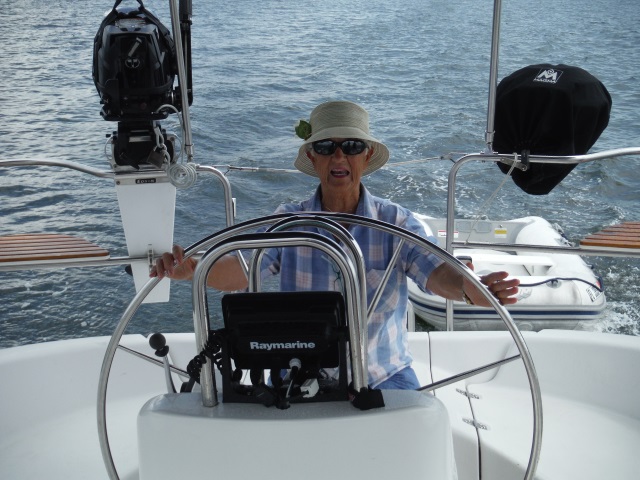 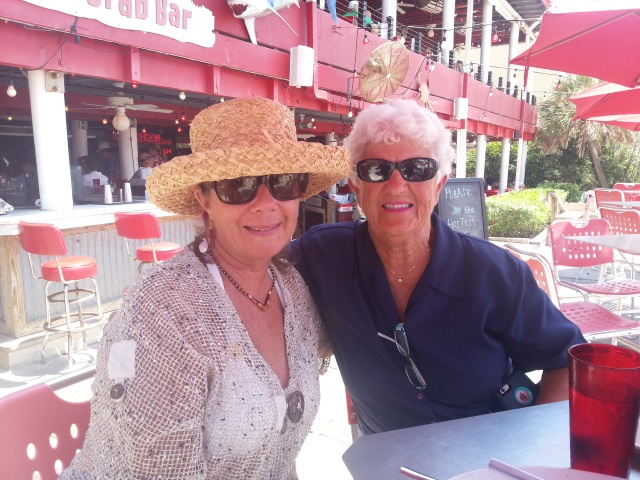 I didn’t know Mr. Woodside very well, but he appears to have been an extraordinary gentleman. A lawyer and a senior member of the Securities and Exchange Commission under three Presidents, he was sent to Japan by President Truman after WWII to help them create a new postwar economy.  But he was a man that was so grounded in the soil that he and his wife also ran a chicken farm on the rural outskirts of Washington D.C. So I have no idea what he might have thought of our plans to spend the next few years being gypsies of the sea. But he loved to sail. And we have it on good authority that he would have indeed been very proud of his little Skipper.