I thought I was having a bad dream. It was early Saturday morning, and I could hear the clock radio’s alarm playing. We have a strict no-Saturday-alarm policy onboard Eagle Too. I don’t care what the so-called “health experts” say about maintaining a regular sleep schedule—after five days of Rhonda getting up at 5:45 AM so that she can go to work, Saturday is our day to recharge. This usually means sleeping until we’re slept out.

Certain the noise would stop if I ignored it with sufficient determination, I curled up and buried my face in my pillow.

“Wake up, we have to leave by 7,” I thought I heard Rhonda say. Wake up? Leave? What madness is this? It’s Saturday. The sun is barely up!

But she persisted. As hard as I willed it to be an illusion, Rhonda had really set a Saturday morning alarm.  Something was up. Something besides me.

“You’re serious?” I asked through my pillow, still clinging to the tiniest sliver of hope that this was just a dream.

I tried a few rounds of 20 questions, but got nowhere. All I knew was that casual dress and boat shoes would be fine, and could I please fill up the water bottles to take with us?

About forty minutes later, she wheeled into the parking lot of the Derailed Diner in Robertsdale, Alabama. It’s a cute place, built to look like a train had crashed through the side of a station. 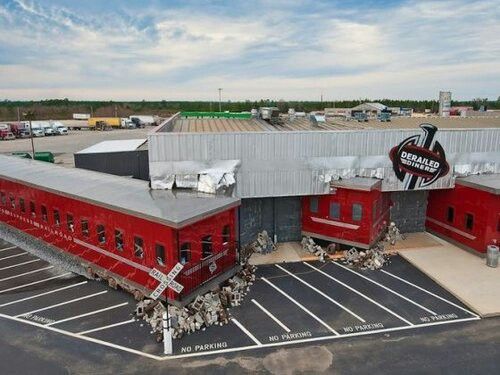 But while interesting, it’s basically in the middle of nowhere. It didn’t seem like the sort of place that would prompt Rhonda to plan an early Saturday road trip. 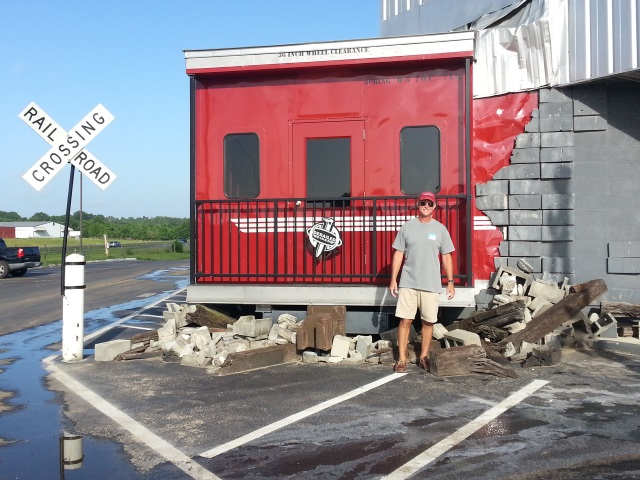 Within minutes, though, my brother Mark rolled up. So now I knew there was both planning and coordination at work.

It seemed odd that Rhonda selected such a large table for the three of us. With numerous cozy booths available, we  sat clustered around the end of a six-top. “There will be five of you?” the waitress asked as she handed us our menus. Five? I wondered. When did anyone mention a table for five?

Then our two sons Chris and Corey walked through the door, and I realized I’d been set up. It was a Father’s Day abduction! Now Father’s Day was actually not for another week. But on that day, Rhonda and I will be in Alaska cruising the inside passage. So my family had moved the celebration up a week. Suddenly being whisked away to the middle of nowhere made sense. Because that’s a pretty good place to put a gun range. After breakfast, we were going to have a family range day!

The true scale of Rhonda’s plan was revealed when we rolled up to the range and she started pulling bags and bags of eye and hearing protection, ammunition, and targets from her trunk. This is not her usual cargo. The woman had apparently been busy! 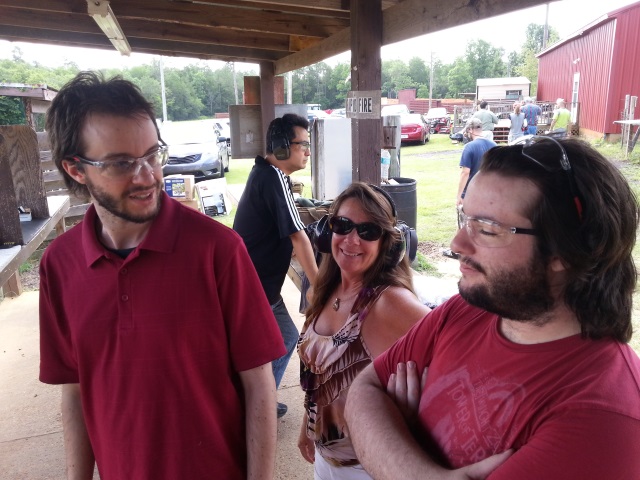 Rhonda and our two sons. No idea what the boys were thinking, showing up to a gun range in red shirts. Have they never seen an episode of Star Trek? 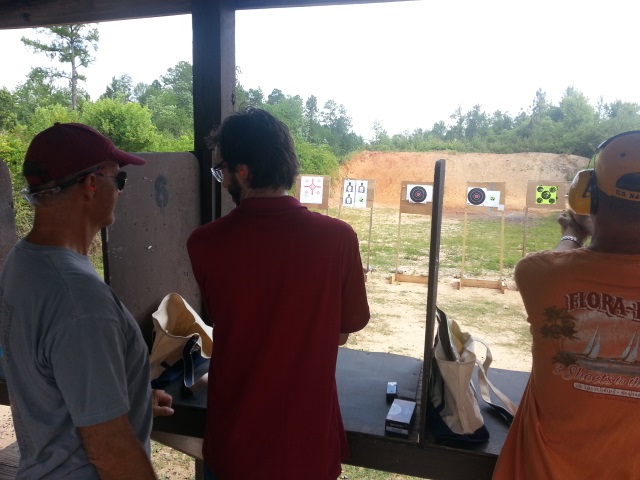 Showing Chris how to release the slide lock and safety. I’m in the red cap, my brother Mark is in the yellow. 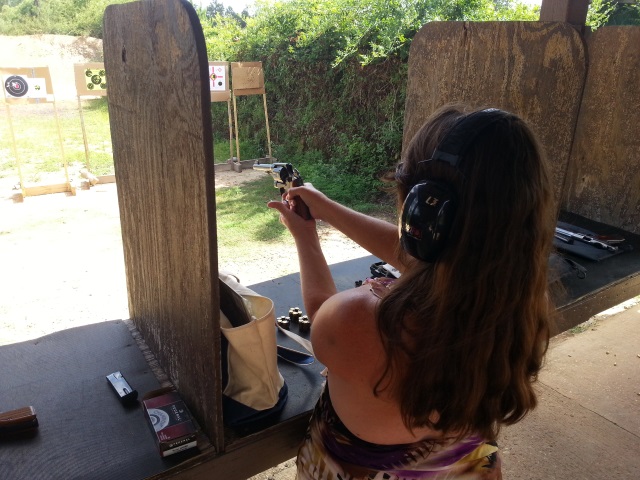 That’s not a girlie gun. That’s a .45 revolver she’s firing! 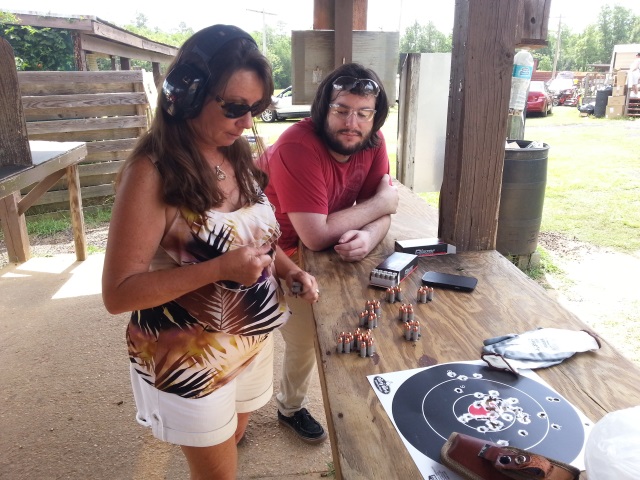 Rhonda rockin the reloads. Looks like that target has had a bad day! 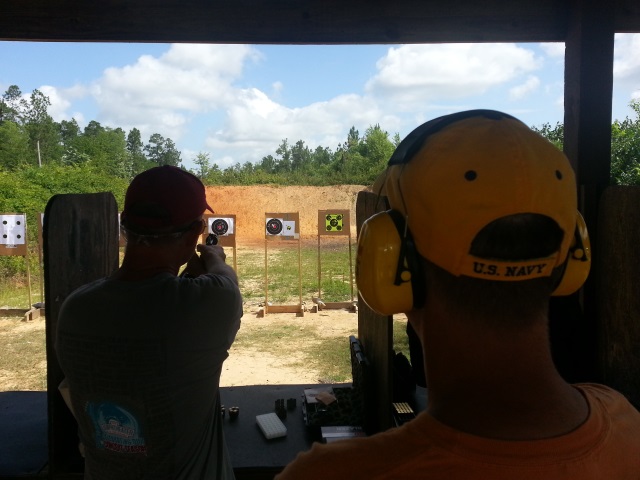 Oh yeah? Well I can do better than that… 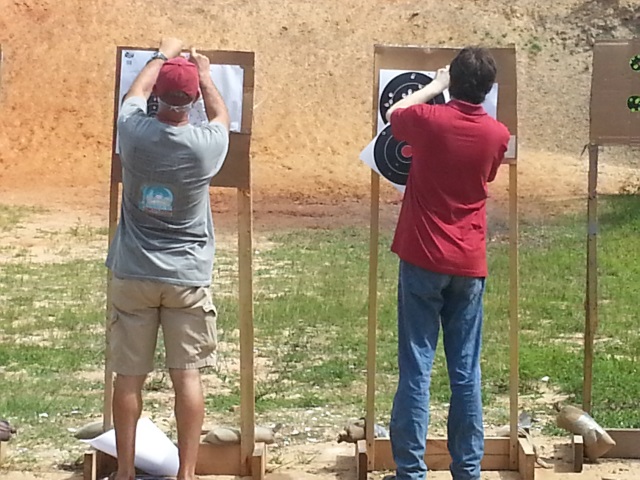 Some father and son competition. 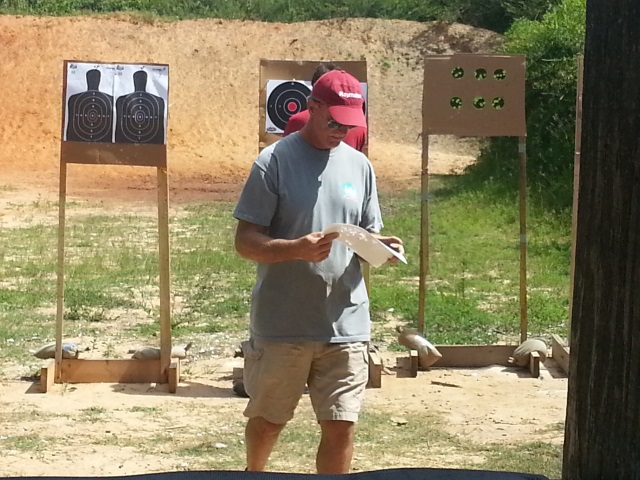 Hmmm. The sun must have been in my eyes. Yeah, that’s it… 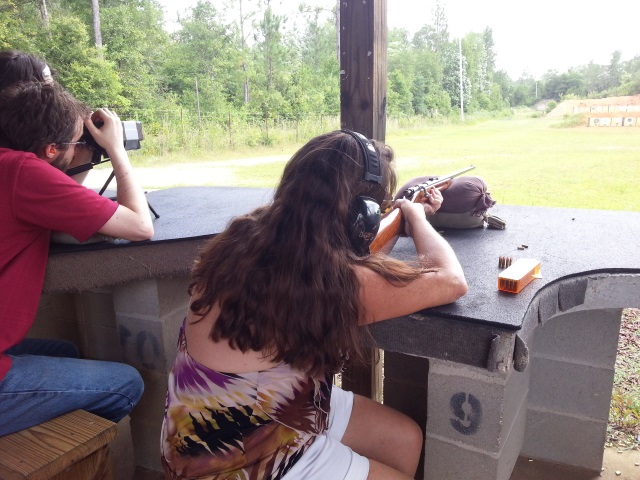 Shooting nice groups with open sights at 100 yards, and looking good doing it. 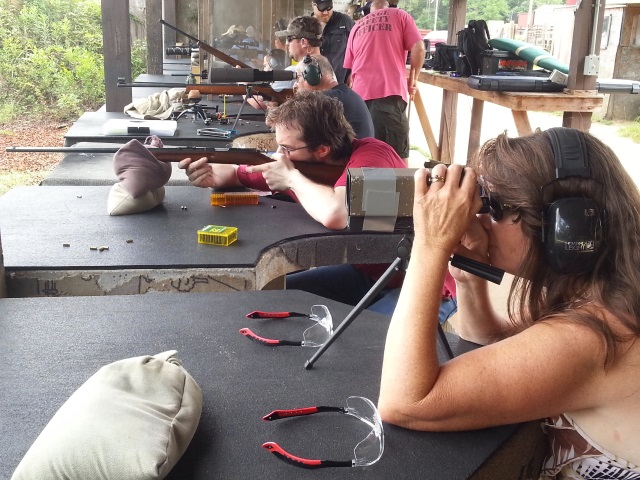 Rhonda spotting for Chris, because it’s hard to see where you’re hitting from 100 yards out. 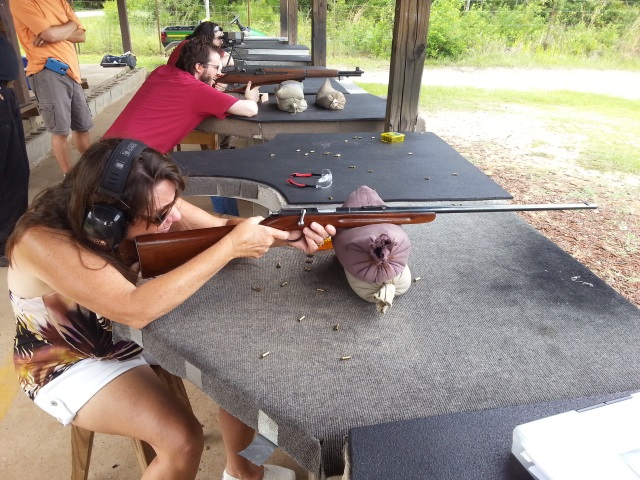 Rhonda taking aim with her sons. 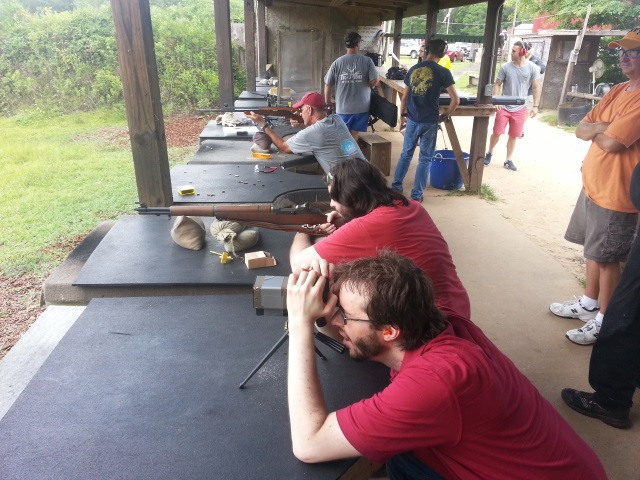 A Father’s Day to cherish – getting some range time with my boys!

We saw people of all ages at the range that day, men and women, boys and girls, from 18 to 80. There aren’t many sports in which that wide a variety of people can compete on equal terms. Checkers, maybe. But target shooting is a hell of a lot more fun. There was a time, not that long ago really, when schools had rifle clubs and students carried their firearms to class on the bus. Things are definitely different now. But it isn’t the firearms that changed, it’s the people and the culture. Personally, I don’t believe it’s been for the better.

We’ve done our part to instill in our sons a healthy respect for firearms and gun safety, and an appreciation for the sport of target shooting. (Of course, if you were to ask them, they’ll say they’re preparing for the zombie apocalypse!) Spending the day at the range with them made for a great family Father’s Day outing. Thank you to everyone that played a part in my abduction!