Today’s issue is ventilation. Fans, specifically. It’s now that time of year where the sun is high above the yardarm and the temperatures are bumping up against the 90’s here on the Florida Gulf Coast. Eagle Too’s original owner sailed her on a lake in Tennessee. I guess it didn’t get very hot there and keeping cool wasn’t much of an issue, because our boat doesn’t have a single fan onboard. For us, however, staying comfortable while underway is starting to become a bit of a struggle. The air conditioning manages well while we’re tied to the dock, but we don’t intend to spend the rest of our lives sitting in marinas, and the extension cord to reach to the Caribbean is out of our price range. No, we’ll need two things when we’re sitting at anchor in the tropics—shade, and the ability to move air around onboard. We need some fans, and quick. It’s a project that has leaped to the top of our to-do list.

For reasons I don’t entirely understand, fans for boats are pretty darn expensive. Like $80 to $140 apiece expensive. And we need at least one for each cabin, with probably an additional one for the salon. We’re easily talking $500 in fans plus the materials to install them. And it just doesn’t seem right to have to pay that much. I mean, come on, it’s a motor and some blades. Why in the world should it cost as much as a VHF radio?  Especially when you can walk into WalMart and buy one of these for less than $20 (tax included!): 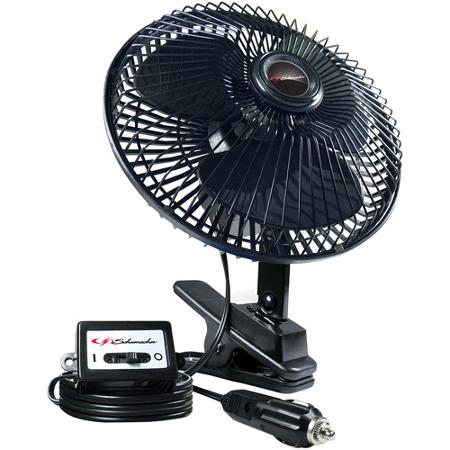 Not only does it run on 12 volts, but it’s mounted on a handy spring clamp and has a ten foot cord so you can move it around to where you need it most. And it even oscillates! None of the fancy $120 marine ones do that. So it started me thinking. What If instead of dropping half a boat buck on fans that don’t move, I just install some 12 volt outlets and buy a few of these?

Am I venturing where angels fear to tread? Will Neptune curse my thrifty ways and exact retribution for deviating from the accepted way of doing things? Time will tell. But what’s the worst that could happen? If they don’t hold up to the marine environment, we’ll still end up with more 12 volt outlets, and those can be pretty useful things. So we decided to give it a try.

A 12 volt outlet and a dual USB charging port would fit perfectly right above the lightswitch at the head of our berth. 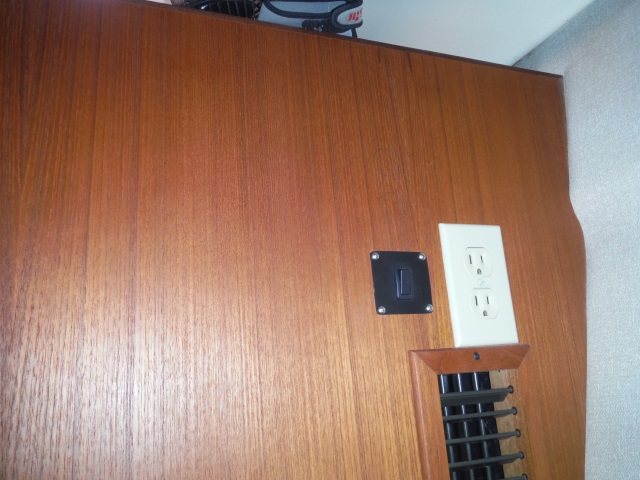 In true boat job fashion, accessing the back side of that panel required the complete disassembly of the locker I store most of my cloths in. 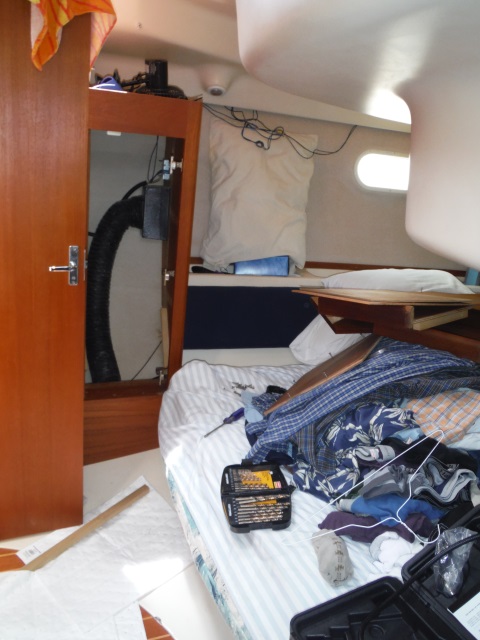 But once I had the locker taken apart, it was pretty easy to wire up the new outlets. 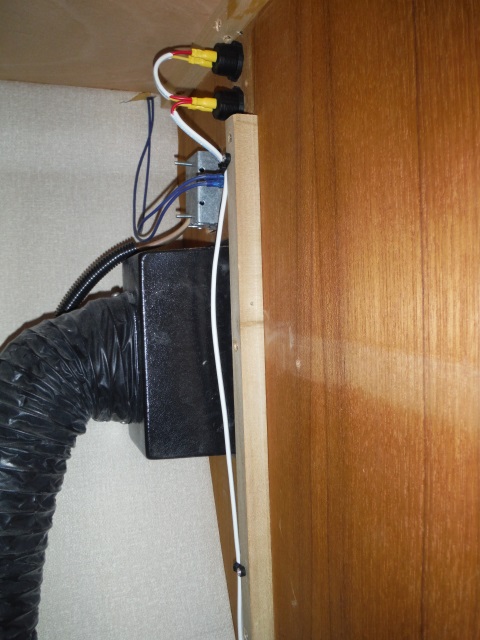 It took the better part of a day to work out a route for the wire from the aft cabin to the breaker panel in the main cabin, but I eventually found a way. Our fishtape is turning out to be one of the most useful tools we have onboard: 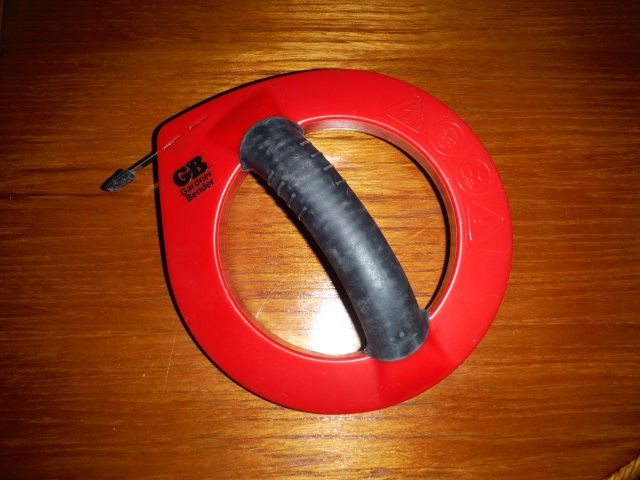 Its utility might diminish once we’re finished installing new gear onboard, but it’s a must-have tool for running new lines and hoses through the deep recesses of the boat’s bowels.

Even though the boat came without a single fan onboard, Hunter Marine had provided a handy breaker to supply the new circuit. 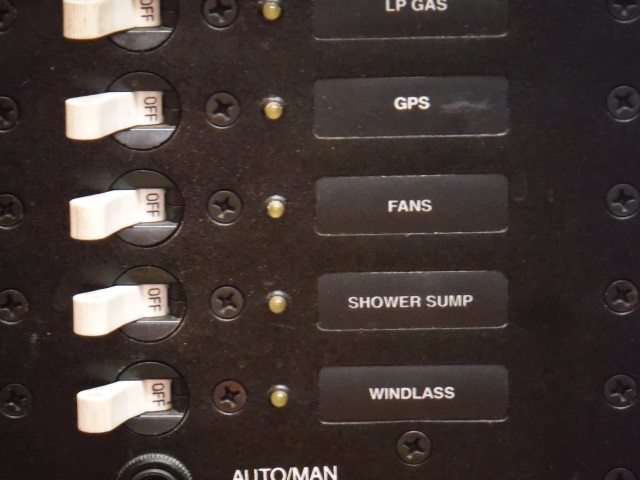 Technically it will be powering outlets rather than fans, but I think we’ll be able to remember which switch to flip when we need to move some air around.

So after a day and a half of drilling holes and pulling wire, we have a way to blow air around in our berth, and a place to plug in our phones and Kindles while underway to keep them charged. 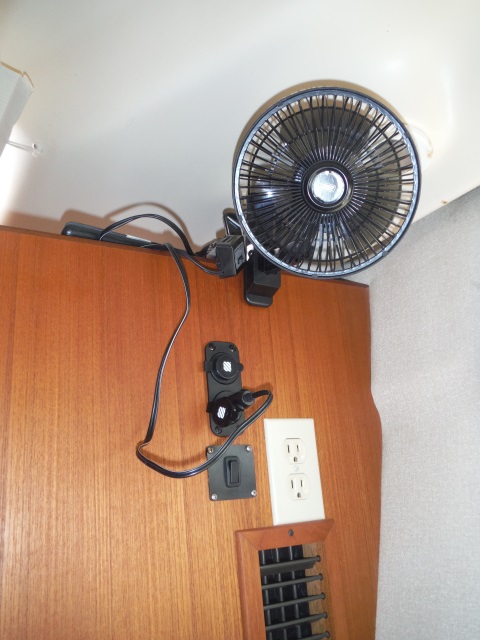 Our WalMart special seems to blow air just as well as the overpriced marine cabin fans, with a nice oscillating motion, plus it can be moved to alternate locations if needed.

A better idea? Check back in six months and we’ll see…