We sailed to a Jimmy Buffett Concert.

Just saying that makes us smile. We harnessed the wind to travel to see the patron saint of the cruising life. While performing, he gave a shout out to anyone who had actually sailed to the show. We’ve heard that line before. But this time, he was speaking to us.

Best line of the evening: Jimmy starts the show with “Jimmy Buffett in Orange Beach and the mullet toss at the Flora-Bama—it’s the redneck rapture!” You locals will understand.

The setting was perfect. The Amphitheater at the Wharf is an intimate (i.e. small) outdoor venue. Jimmy Buffett fills stadiums. I’m not sure why he elected to do a show in a smaller location like The Wharf. Maybe it was a convenient way to earn some beer money on his way to perform at New Orleans Jazz Fest two days later. Maybe it was a favor for his sister Lucy, who owns a locally famous road house just a short ways up the intracoastal.

The Wharf says the show will go on rain or shine. But we’ve learned that management can be fairly flexible in their definition of “show.”  It’s happened that lightening in the area or heavy rain will postpone the start of a concert. If there’s a brief break in the weather at 11PM and the headliner can take the stage long enough to belt out a quick tune or two, well, you’ve had your promised “show,” no refunds.

It’s been a very rainy month. The forecast called for isolated thunderstorms, and as showtime approached the skies looked threatening. With some lightweight emergency ponchos in our pocket, we headed from dinner to the amphitheater and took our seats. There were a few stray drops of rain, and the sky flashed with lightening. But at 8:10 PM, Jimmy and the Coral Reefers took the stage to wild cheers and applause, and played for two hours uninterrupted by quirks of weather.

Maybe God is a Parrothead.

Did I mention we sailed to a Jimmy Buffett concert? 🙂 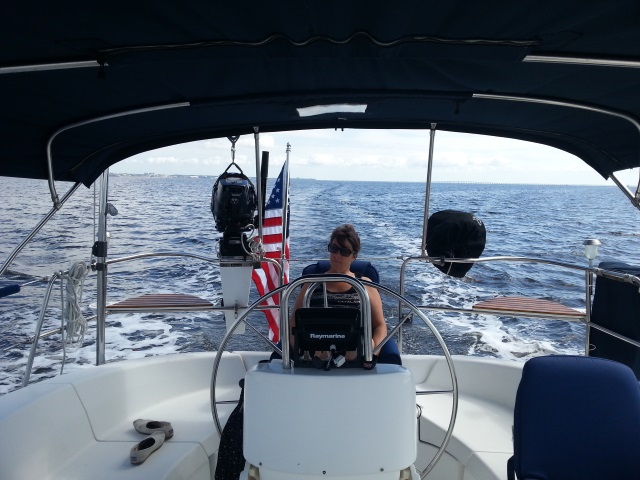 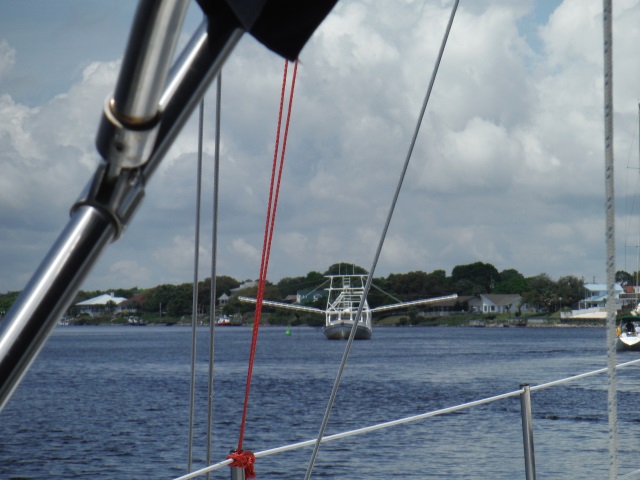 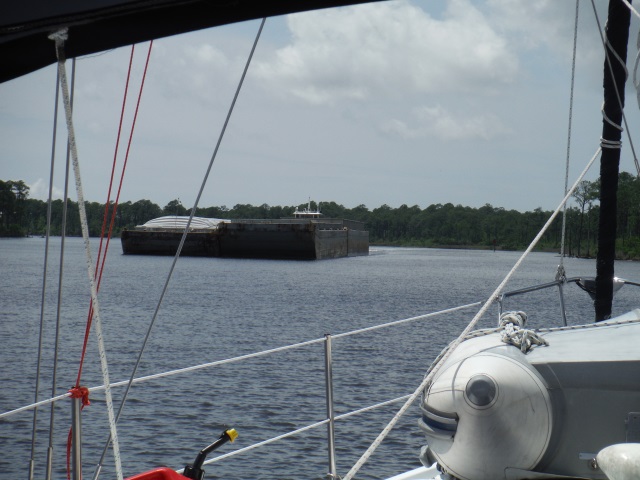 Traffic On The Intracoastal – Yes, We’ll Move Out Of Your Way Mr. Barge 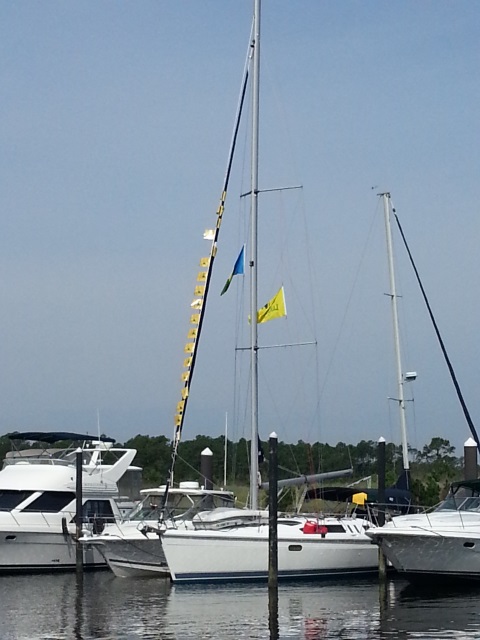 Safely Docked In Orange Beach – All Our Flags Are A Flying 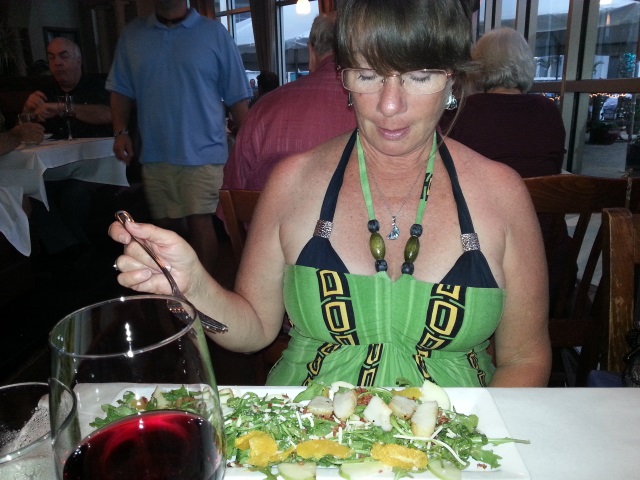 Dinner Before The Show 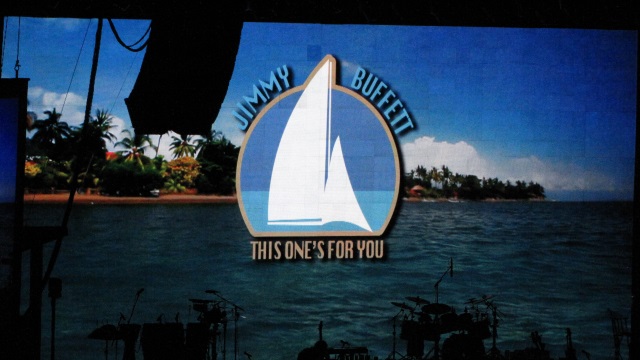 We love the logo for this year’s tour. I didn’t love it enough to buy the $40 T shirt though. 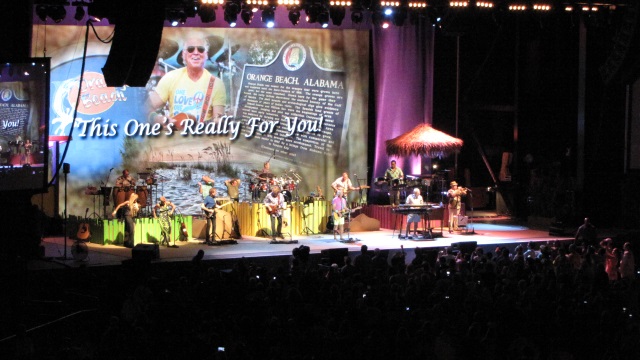 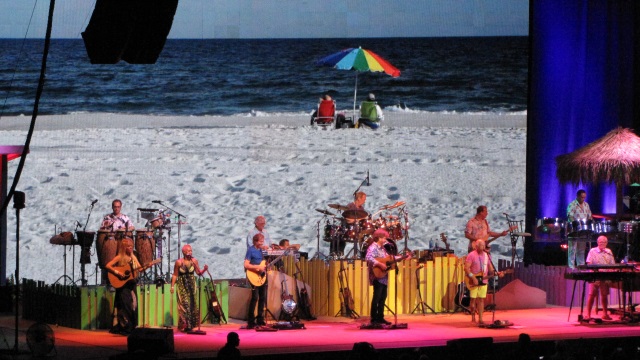 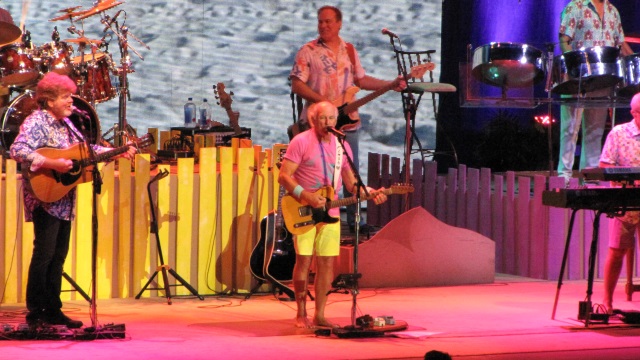 Love The Zoom On This Camera!

In addition to the concert, The Wharf was also hosting a classic car and hotrod show that weekend. There were some awesome rides on display. 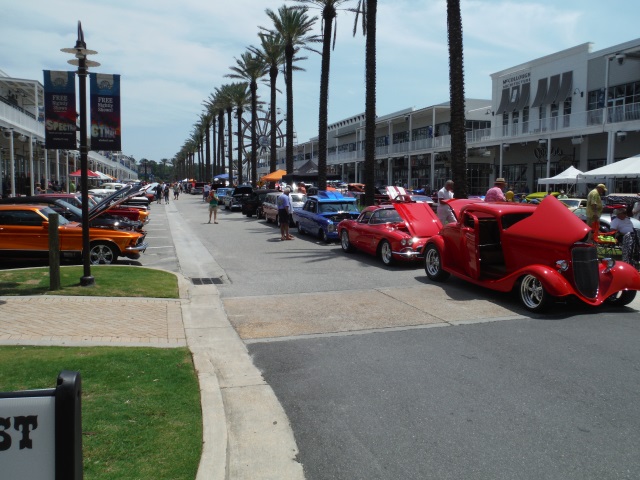 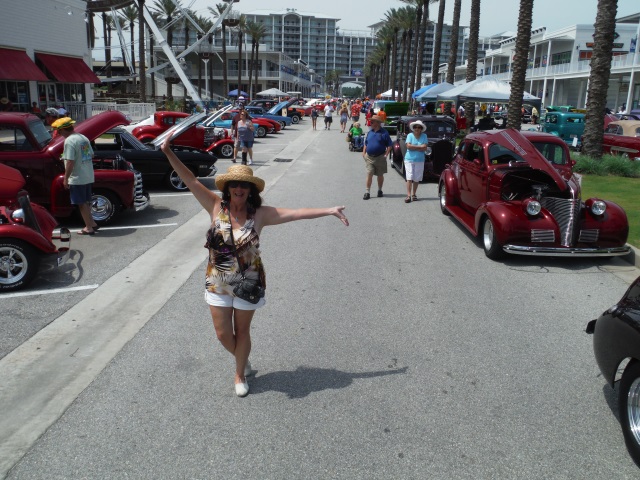 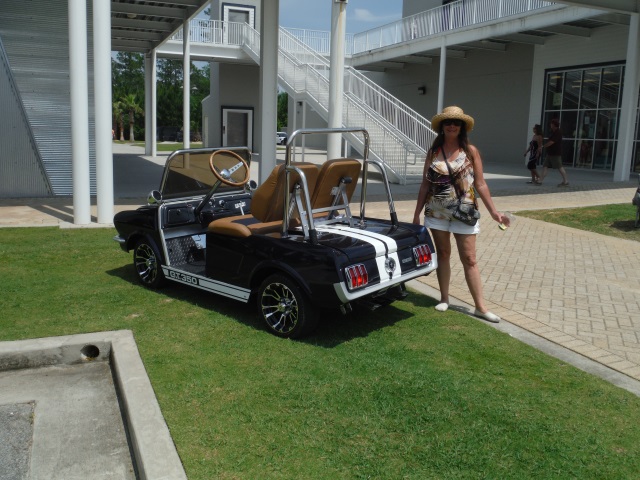 We Found One We Could Possibly Afford 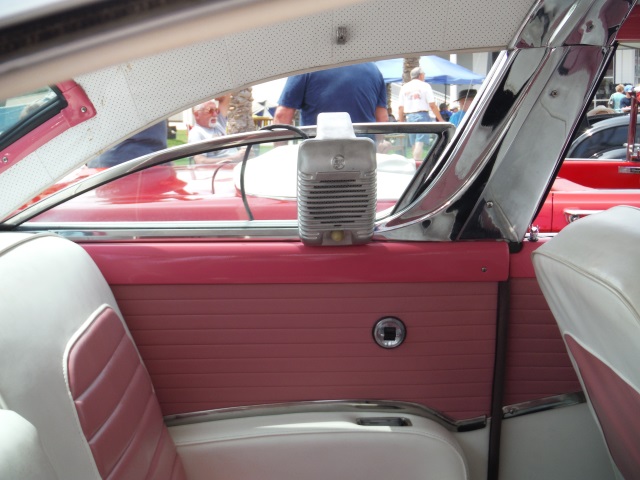 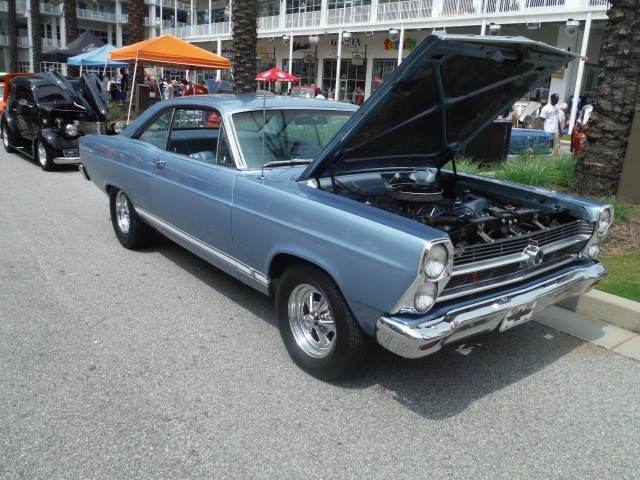 Will we ever get another chance to sail to a Jimmy Buffett concert? I sure hope so. But if there’s to be a next time, we hope it will be someplace like Antiqua or Martinique…