How was your weekend? We spent ours in our slip pretending to be underway. It’s not as odd as it sounds. In the Navy we called it a Fast Cruise. From the Dictionary of Naval Terminology:

Fast Cruise – A training exercise whereby the ship simulates being underway while remaining tied to the pier. Generally the brow and all shore services are secured and the ship is on internal systems only.

We don’t want to get ahead of ourselves and spoil the suspense of our More Power Scotty! series of posts, but I was so damn pleased with the way the weekend went that I just had to bang out a quick post to crow about it. Last Friday at 2PM, I turned off the battery charger. For the next 48 hours, we ran all ship’s DC systems off internal power. We ran the refrigerator and freezer, listened to the radio, turned on lights, ran pumps, and pretty much used everything onboard that we would normally use when sitting at anchor.  After 44 hours, our awesome new battery monitor indicated we were still at 75% state of charge, totally validating our system design. Our goal was to be able to run everything for at least three days on battery alone, and we met that easily. It looks like four or even five days may be possible. 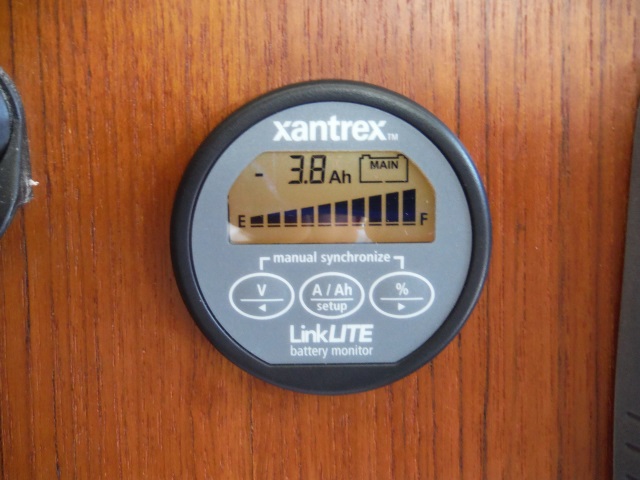 To conclude the evolution, I fired up the engine and watched with deep satisfaction as our modest 55 amp alternator picked up all the ships loads while also pumping over 40 amps back into the batteries. Finally, I set up and ran our new generator, our primary source of charging power until we tackle installing solar panels later this year.

All I needed was a drill monitor’s cap and a clipboard to give myself a grade (you Navy vets will understand).

We have a lot of things yet to accomplish before we’re ready to go, but I told Rhonda that today was a big day. As of today, everything else on our project list is a want rather than a need. Now that we have the power we require, we can depart whenever we wish. Everything we need is here.

2 thoughts on “This Is Only A Test. Had This Been An Actual Departure…”