Rhonda and I have lived aboard for three months now. From bow to stern, our floating home is just a hair over 37 feet long. It seems just about right to me. While we could always use more space (especially of the stowage variety), we’ve adapted to our new surroundings. We have sufficient room to go about the routines of the day without having to continually do the you’re-in-my-way-please-move tango. We’re actually one of the smaller boats on our pier though, and I’ve noticed that most of the cruisers that pass through, the ones that are obviously in mid-adventure, laden with arches bristling with gear and wind generators and jerrycans and bicycles tied to the railing, are usually in the 40+ foot range. But I feel that what we have is manageable. The work (and the cost)  to operate and maintain everything at this scale isn’t intimidating or overwhelming. I told Rhonda I’m content with Eagle Too, because I can get my arms around her. I’m not sure I’d feel the same on the Beneteau 411 parked next door.

But we’re all pursuing our dream in our own way. And when it comes to the dream of cruising, life is certainly not one size fits all. Walking back from dinner the other night, we noticed we had a new neighbor. 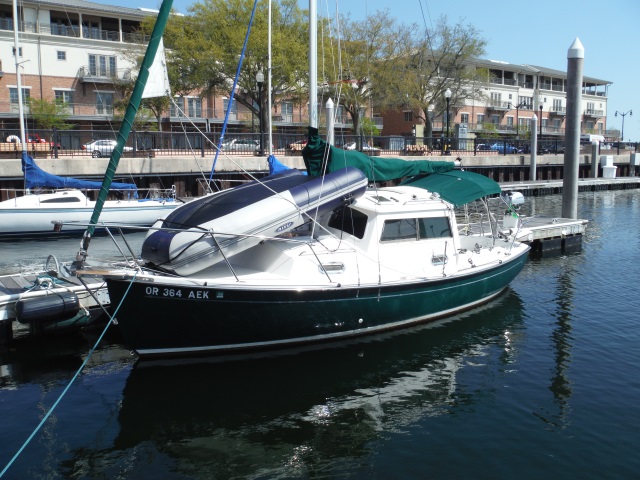 She’s a Com-Pac 23 Pilot House. Let me show you a different angle, so you can see how she measures up to the other boats on our pier. 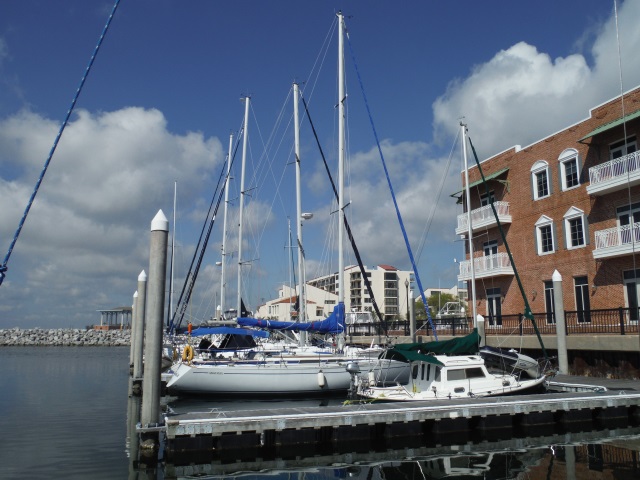 She makes me smile everytime I walk by, because she looks like the nautical equivalent of what I call a clown car: 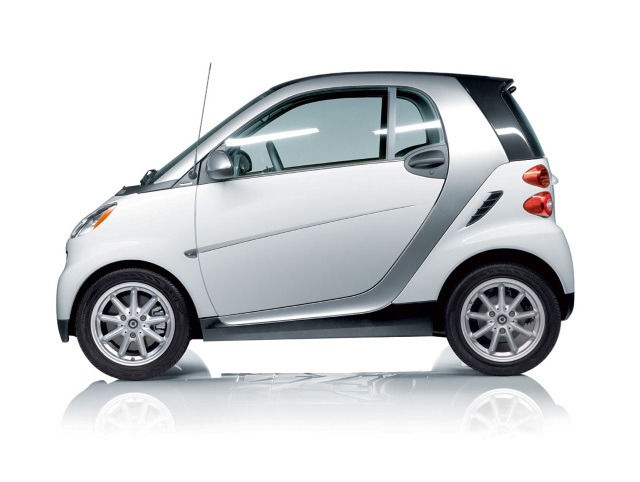 I had to learn her story as soon as I saw her registration. She seems to get around. 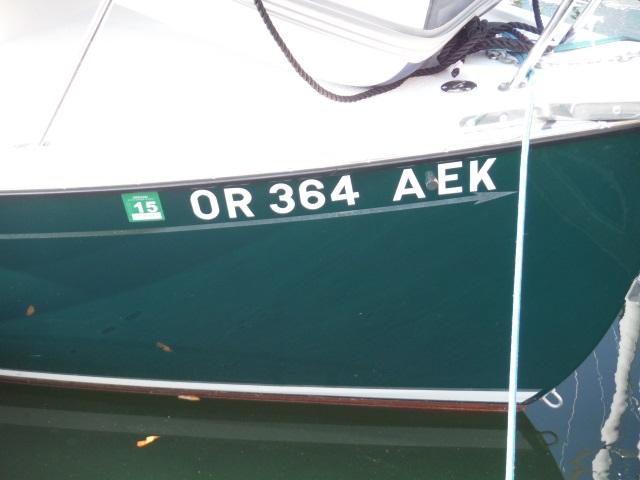 Surely she didn’t sail here from Oregon? I approached her owner the next day, anxious to know more about his boat and his adventure. His name is Sam. He’s an older gentlemen, I’d guess around 65. He tells me he’s recently had both hips replaced. It’s been his dream to cruise. He didn’t sail from the west coast, although he and his boat have logged a lot of miles together around the Portland area. But when he finally decided to chase his dream, he had her towed to Brownsville, Texas.  He’s working his way along the Gulf Coast, headed for Carrabelle, maybe further. He’s single handing it. His girlfriend told him the boat is too small for both of them. But he seemed in love with his choice and his decision to embrace his dream.

As I helped him load his dinghy on his foredeck, I asked him questions. She has no galley. Just a one burner stove. There’s a porta-potty that has to be taken ashore to be emptied. The electrical system is just a battery to start the engine and power the running lights, as well as a single LED cabin light. He uses a handheld VHF.  Surprisingly, she has an inboard two cylinder Westerbeke diesel engine, but she’s only capable of 4.5 knots underway. Sam tells me this made the transit along the Texas and Louisiana coast quite interesting, as he was unable to keep up with the heavy commercial barge traffic and often had to head for the shallows to avoid being run down. But undeterred, he’s pressing on.

Could we do it? Cruise on a boat like that? Not for a minute. Could you? But dreams come in all sizes, and our boat is not better than Sam’s. It’s just different. What’s important is that Sam took the leap. He decided to embrace life and follow his dream in the way that best suits him and his circumstances. And in the end, I think that’s all that’s truly important.