Rhonda loves to grow things. We broke ground for her first garden in Poulsbo, Washington in 1981, and if memory serves me I believe she’s had a patch of ground under cultivation every year since. One of the hardest things she had to do in order to embrace a Life On The Hook™ was to give up her favorite hobby, at least until the day arrives when we’re forced to swallow the hook and once again become dirt dwellers. I probably don’t tell her enough how much I appreciate her willingness to do that in order for us to take this crazy leap.

For years now, I’ve read everything I can get my hands on that talks about a life afloat. Books, blogs, articles—I wanted to understand and prepare for our future adventures. I read a lot about how hard it can be to find fresh produce in some places, such as the Bahamas (where there isn’t an abundance of farmland to grow vegetables) and how it’s common to suffer from severe cravings for fresh greens. I guess a couple of months of coleslaw and three bean salads has made for some pretty despondent cruisers.  But an article I came across described a way some deal with the greens deficiency and address the need to bite into something crunchy—methods for growing fresh sprouts onboard. That’s the ticket, I thought. It’s not a garden, but at least she’ll be able to grow something.

With most of our gear now having found homes onboard, Rhonda finally had time to do some experiments. She bought a little sprouting kit, and well, let me show you. First she added some water to the sprout mix. In a day or so, it looked like this: 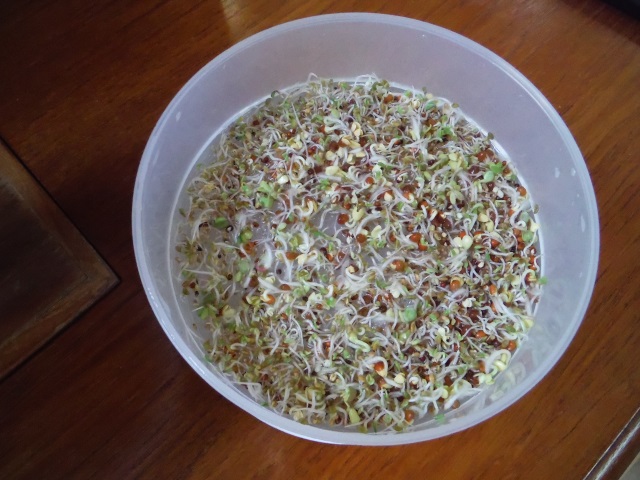 After about three days, she had a little patch of greenery growing: 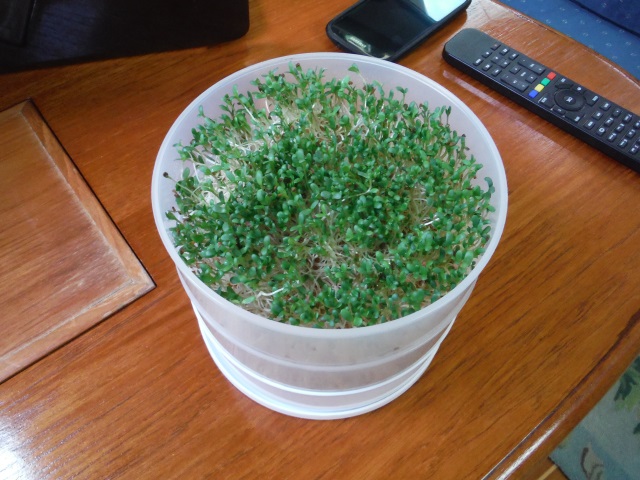 After five days, she washed the sprouts to remove the seed husks: 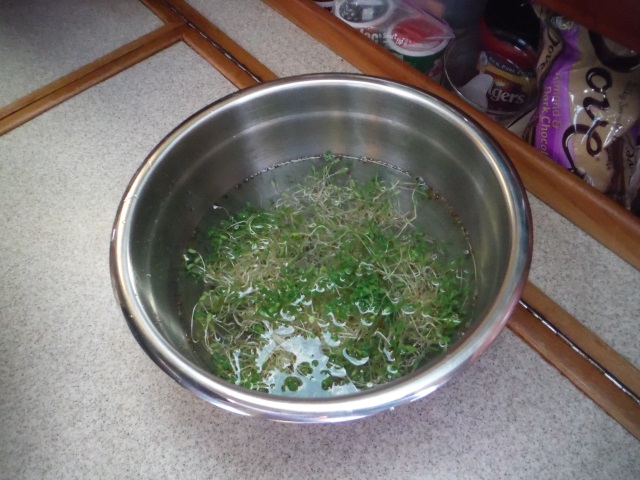 And ended up with a nice sized bunch of fresh sprouts: 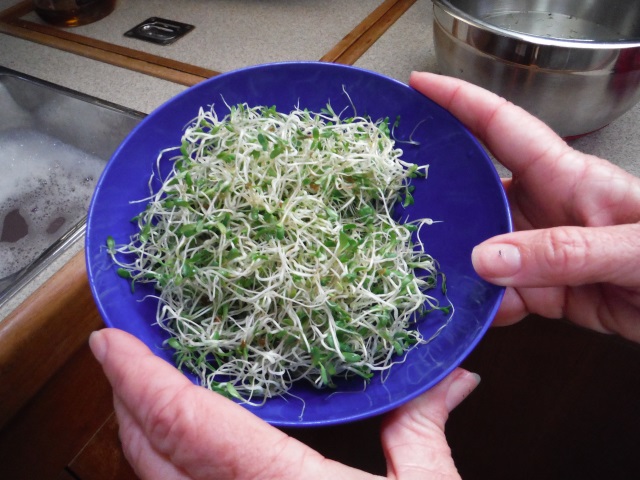 They’re probably best suited for using in wraps or as a salad garnish rather than trying to make a dish out of them. But who knows, with a little raspberry vinaigrette and some chopped pecans, maybe they could stand on their own… 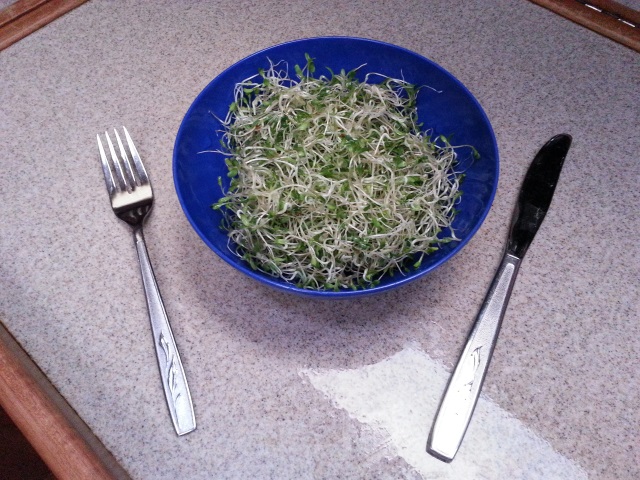 So the first crop was a success, and is now chilling in the refer, while the second crop is well on its way, the result of boat-friendly gardening that will give us a little variety in our diet once we shove off. Most importantly, while she couldn’t play in dirt, Rhonda had some growing green things to fuss over and mist and talk to everyday like gardeners do when she got home (mostly words of praise and encouragement, because what would be the point of asking some sprouts how their day was, after all. That would just be crazy!) 🙂