Rhonda has been blessed with a beautiful head of hair. As someone who has been follicly challenged for years, I am envious of her thick and luxuriant mane. 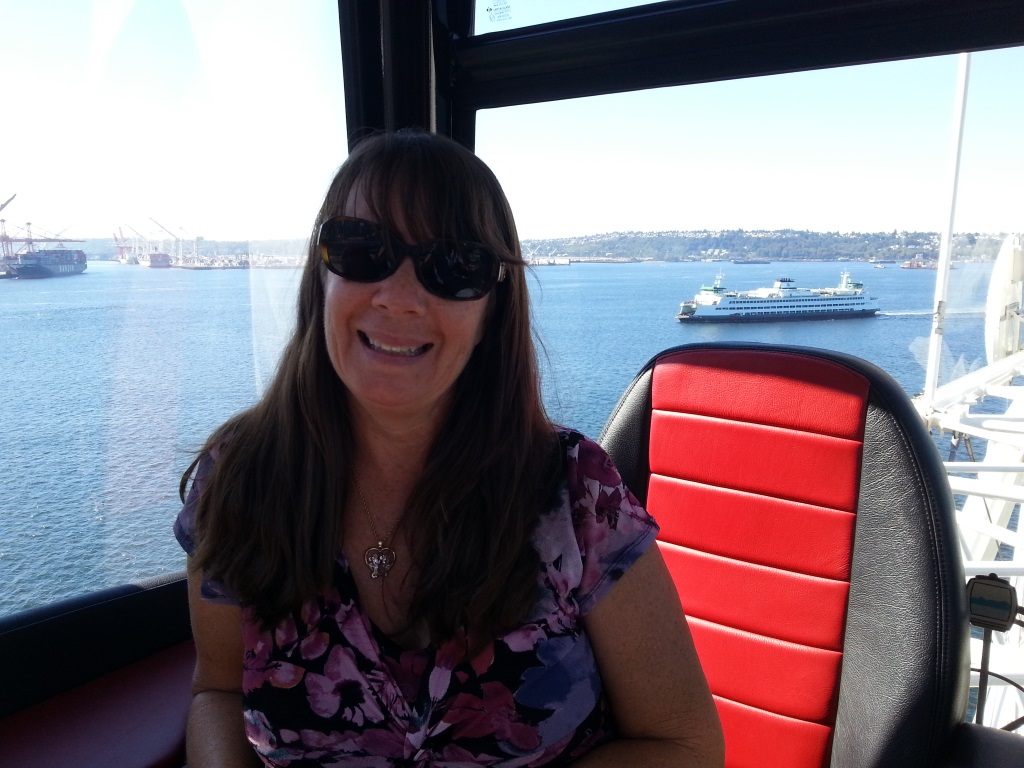 One advantage I have over her though is that I can get my cranial fuzz clean with a washcloth, a drop of shampoo, and two tablespoons of warm water. Rhonda, however, needs several gallons delivered at fire hose pressure to thoroughly rinse the soap from deep within her tresses. So while I’ve managed quite well showering onboard Eagle Too, Rhonda has been a somewhat less happy camper. She felt she just couldn’t get her hair clean. And you know what they say—when mama’s not happy, nobody’s happy. Something had to be done.

Now she could have tried the solution she implemented the last time we did a sailing charter in the islands. Knowing she was going to be on water restriction for 10 days, she adapted her hair to the environment. She cut most of it off. 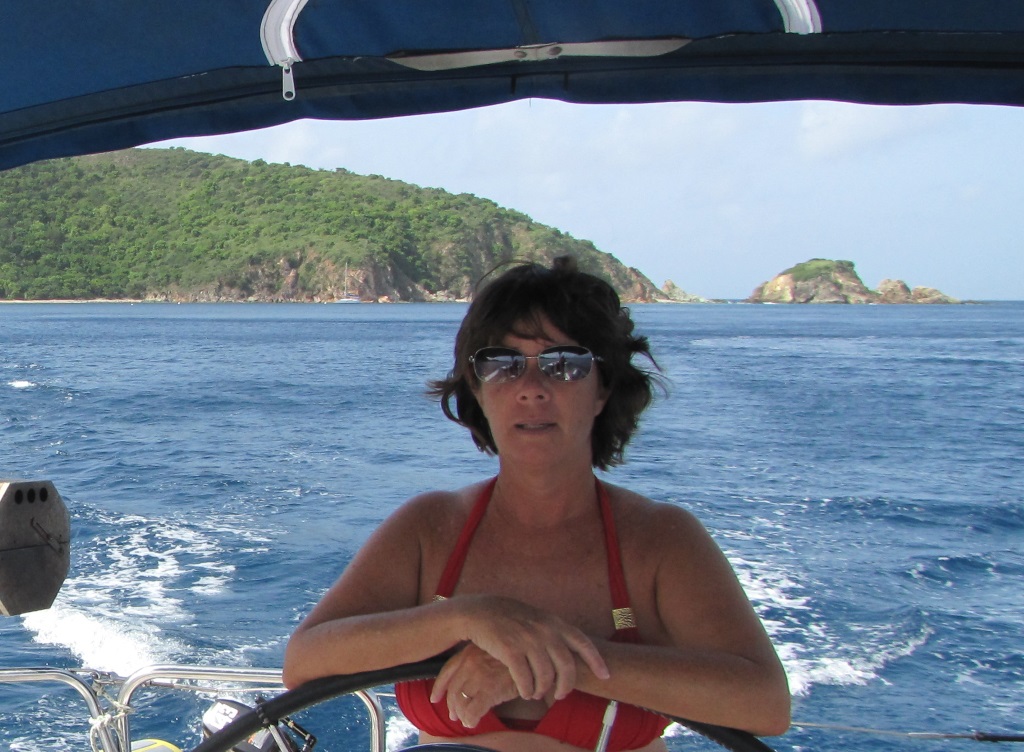 It worked. But I was not impressed. Oh sure, it was cute and all, but it wasn’t the woman I’ve been married to for over 30 years. I missed her hair. So after we returned, she grew it back. Slowly. Over a period of several years. Because it’s hair, so it takes its sweet time.

Now at some point in the future, that might once again become the right solution. But for now, since we’re really living Life On The Pier rather than Life On The Hook™, we have ready access to plenty of water (well, at least when they’re not turning it off because there’s another damn cold front coming with temps in the 20’s, as in Waiting For Global Warming).

No, as Tim Taylor once said, the solution to this problem is more power. Our existing freshwater pump, the one that was installed in the boat at the factory, only provides two gallons a minute of flow—not enough to maintain the pressure Rhonda needed to get a good deep rinse. I had already noticed that the pump diaphragm was dribbling a bit, causing it to briefly cycle on and off every 45 seconds or so. Rather than fix it, we went with an upgrade instead, in an attempt to solve two problems at once. Our current pump was from ShurFlo, and I stuck with that brand to ensure the fewest possible surprises when swapping out the old pump. But we bought the four GPM pump in the hope that it would give Rhonda the pressure she needed to get the soap out.

Installing it meant tearing into this: 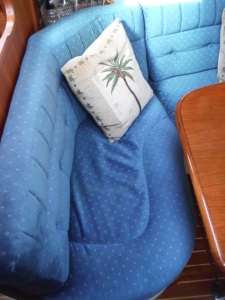 But I’ve had six weeks now to say “Hmmm, I wonder how that comes apart,” and have practiced disassembling most everything I may eventually want to open up to work on equipment. I don’t want to be surprised by some broken piece of gear deep within the bowels of the boat late at night on a passage somewhere and not have a clue how to get to it. So while I saved the job until I had a whole day to work on it (in case of any unknown unknowns arising) it only took a few minutes to get to the pump, tucked outboard of the water heater: 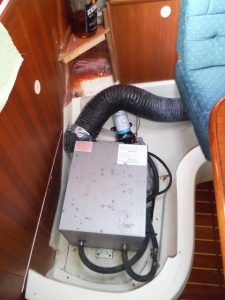 Sticking with the original brand pump paid off, for while the ShurFlo was a few dollars more than several other brands, the in and out connections were in exactly the same location as the existing pump. It’s a good day whenever you can finish a boat job and not have to make a panicked run to West Marine to buy fittings and connections and hoses and clamps that you didn’t know you needed to do a job when you started! 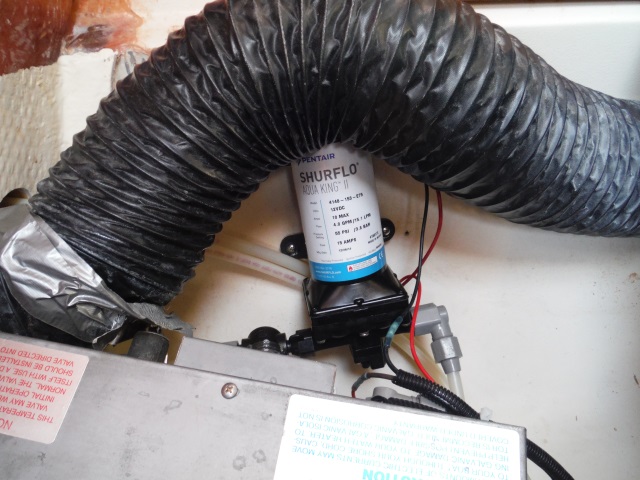 So how did it measure up? The first shower Rhonda took after I installed the new pump, I heard squeals of joy coming from the head (or bathroom, if you’re the non-nautical type). It turned our barely adequate shower into one with the power to get the job done. Rhonda is now a happy camper. And like it says at the top, a happy wife makes for a happy life…