Boats and music go hand in hand. Whether it’s Buffett tunes, classic rock or island reggae (or lite jazz on lazy Sunday mornings), while out on the boat we have almost always had something playing quietly in the background to provide color and frame the mood. But since moving aboard Eagle Too, we have been experiencing a severe tune deficiency. While we have an adequate marine stereo onboard (a circa 1997 JVC AM/FM/CD unit that was probably installed at the factory when the boat was born—currently on the short list of things to upgrade), we really couldn’t coax many tunes out of it. You see, it had one of those really crappy wire dipole antennas, like the kind you taped to the wall of your college dorm room, that someone (Hunter Marine? The previous owner?) had wadded up in a ball and shoved into the back of the electrical panel. 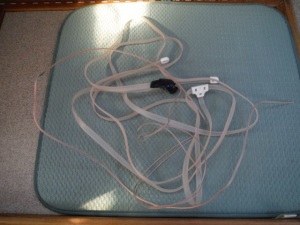 Ninety-nine channels of static was about the best it could deliver, particularly when the battery charger was doing its job. We had a work around—the iHeartRadio app on my phone and a portable Bluetooth speaker has met our basic music needs for six weeks now. But you just can’t beat the convenience of flipping on the Stereo breaker and having tunes throughout the boat. So I did some research, learned a few things, and fixed the problem. This is for all you geeks out there that might be interested in trying something similar.

First thing I learned is that FM radio is broadcast in the TV spectrum. All those stations on the FM dial live between TV channels 6 and 7 (I probably knew that once since I’m a lifelong geek, but it’s a fact lost to the mists of time). That means that any TV antenna will also do an excellent job of pulling in FM radio. Now it just so happens that when we did our initial refit on Eagle Too after purchasing her, we put a little Frisbee-like TV antenna at the top of the mast since we knew we’d be living onboard for some time and didn’t want to give up all the comforts of 21st century life. 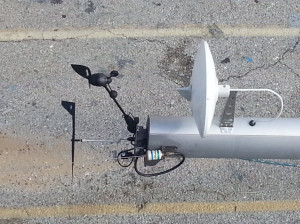 So how to get the FM signal out of the antenna became my mission. And wouldn’t you know, they just happen to make a little device that does just that. But for $40 (with shipping), I thought there had to be a better (as in cheaper) way.

A brief search on eBay turned up exactly what I needed ($8.99 and free shipping!). An item that the car stereo technician at BestBuy assured me absolutely did not exist, for whatever that’s worth. It’s an adapter that has a TV-style F connector on one end, and a car stereo Motorola connector on the other. 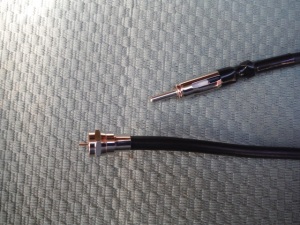 With this little jewel in hand, all I needed was a standard TV splitter, which costs about three bucks, and I could pipe steaming hot FM signal straight from the top of the mast directly to the radio.

Being the little bit obsessive type of guy I am, I of course turned it into a day long project, piping TV signal to several different places around the boat. But I’m retired now and do have the time to obsess afterall. 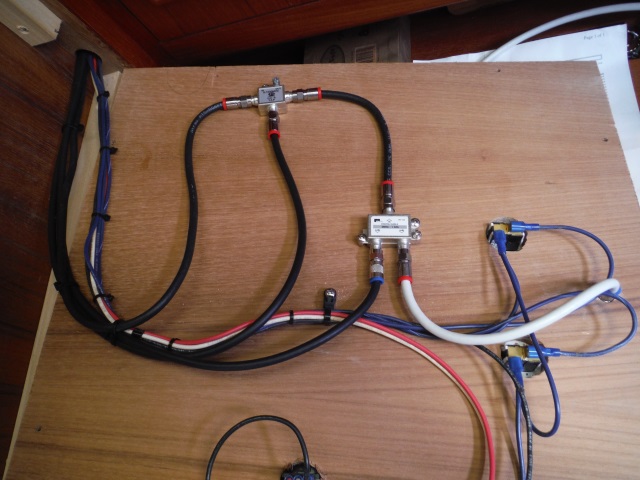 If you’re totally into all things geek, I actually used a DC-6 tap instead of a splitter to pipe the FM stream to the stereo, because this left me more signal to then pass to the TV and DVR. (Yes, I said DVR. A 12 volt, boat-friendly DVR. But that’s a subject for another post).

I’m very pleased to say that flipping on the Stereo breaker now fills the cockpit and cabin with the latest Taylor Swift tune (since it seems to play constantly on every station) rather than the previous crackly hiss. Easy, cheap and effective. If only every boat project followed a similar course!

3 thoughts on “Restoring The Soundtrack Of Our Lives”