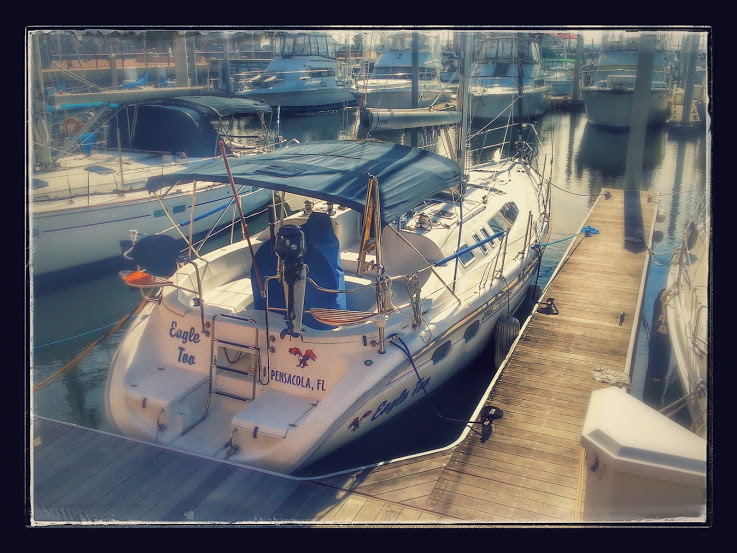 There is no “right way” to become cruisers. What works for one couple might make no sense at all for others. What seems silly to you might be perfect for us. Case in point—I’ve followed the blogs of several couples who are now “out there” who lived ashore while preparing their boat, and then just moved aboard one day and left. Frankly, I don’t know how they did it. A big part of successfully cruising full time is living comfortably aboard. While we’ve owned a boat for over five years, we’ve never actually lived on a boat for more than a week at a time, which is really just a visit. Unless you’re rigidly inflexible, most of us can tolerate pretty much anything for a week or 10 days, particularly if it’s novel and fun. Then the trip is over and you go back to your comfortable house with all your stuff and ample space to store it. But no amount of visualization and careful consideration can truly prepare you for the compromises that comprise a life afloat. A lot of what seem like great ideas discussed over a glass of Merlot while sitting on the patio turn out to be impractical once theory meets practice.  Problems you didn’t even realize you had raise their ugly heads (what we call unknown unknowns in the project management world to distinguish them from the known unknowns that can at least be predicted). Solutions that would have never occurred to you ashore make themselves patently obvious. And personally, I just can’t imagine having to sort through all that while also sailing the boat.

So here we are, doing what I believe is probably the right thing for us. We live aboard now. We initially brought too much with us. We spent the first week literally climbing over things. Four weeks in, we’re learning. After the first week, much more was going ashore than was coming aboard. I believe we’re getting close to equilibrium now with as much coming on as going off. We’re still culling (do we really need this or is it just something we want?) while picking up the things we didn’t know we’d need. We’ll bring something onboard, try it, and evaluate whether or not it makes the cut. I think about another week or so and then we’ll be just about there. Of course, in one more week my retirement becomes effective, and then the big projects start, the jobs that will require more time than I can spare while still punching a clock for Uncle Sam. I’m glad we had the chance to shake out the comfort issues before having to tackle the upgrades. We can handle the disorganization and clutter of getting settled, or we can handle living in the middle of a construction project, but I think it would have been just too much to have had to deal with both at once.

Our adventure has begun, and we’ll eventually leave to go cruising. I just can’t say exactly when. But we’re making progress. And if you were to ask, I would say without hesitation that the way to do this isn’t to just sell everything and go, but to live for a while as we are with one foot in each world to help you get your bearings. At least, that seems to be the right way for us.

One thought on “The Right Way?”