If you’ve spent any time in marinas, I’m sure you’re familiar with that ubiquitous local waterfront creature known as the dusky bike-wheeled dock cart. 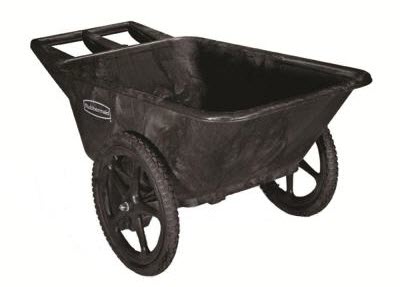 A Prime Example Of Dockus Painintheassicus

They’re social animals and usually congregate in small flocks around the head of the pier, but they’re easily spooked. If they sense that you urgently need to move a lot of gear, they will scatter and hide in remote locations and will have to be chased down and coaxed into service.

Now in the past  I’ve sung the praises of the marina where we keep our boat, but there is one thing about it that really chaps my hide. For some inane reason, when they laid out the dock services on the pier and installed the power pedestals, fire hydrants and mooring cleats, they didn’t bother to first measure how wide their native local dock carts were. If they had, they might have thought to space things out sufficiently to allow for the passage of a loaded cart. Instead, there are too many places where they did things like mount two power pedestals directly across from each other, Once there are a few shore power cables and water hoses hooked up to them, getting a cart past that point starts to look a little like that scene in The Ten Commandments where the Egyptian slaves are trying to move the huge stone for the pyramid they’re building. 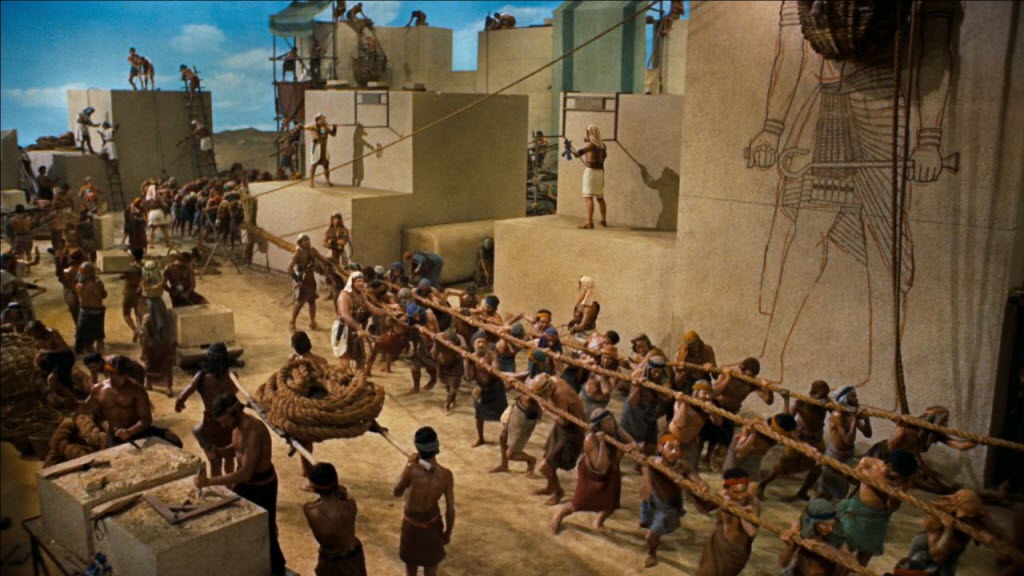 Courtesy of Paramount Pictures. Oh Who Am I Kidding, They Have No Idea I’m Using This Picture.

It took someone pulling, someone pushing, and whoever’s left lifting to get past the obstructions. As a result, we resorted to just carrying everything, as making multiple trips was much less aggravating than muscling the carts over the hurdles.

There had to be a better way. And Rhonda found one. One day while cruising the aisles at Sams Club, she came across this: 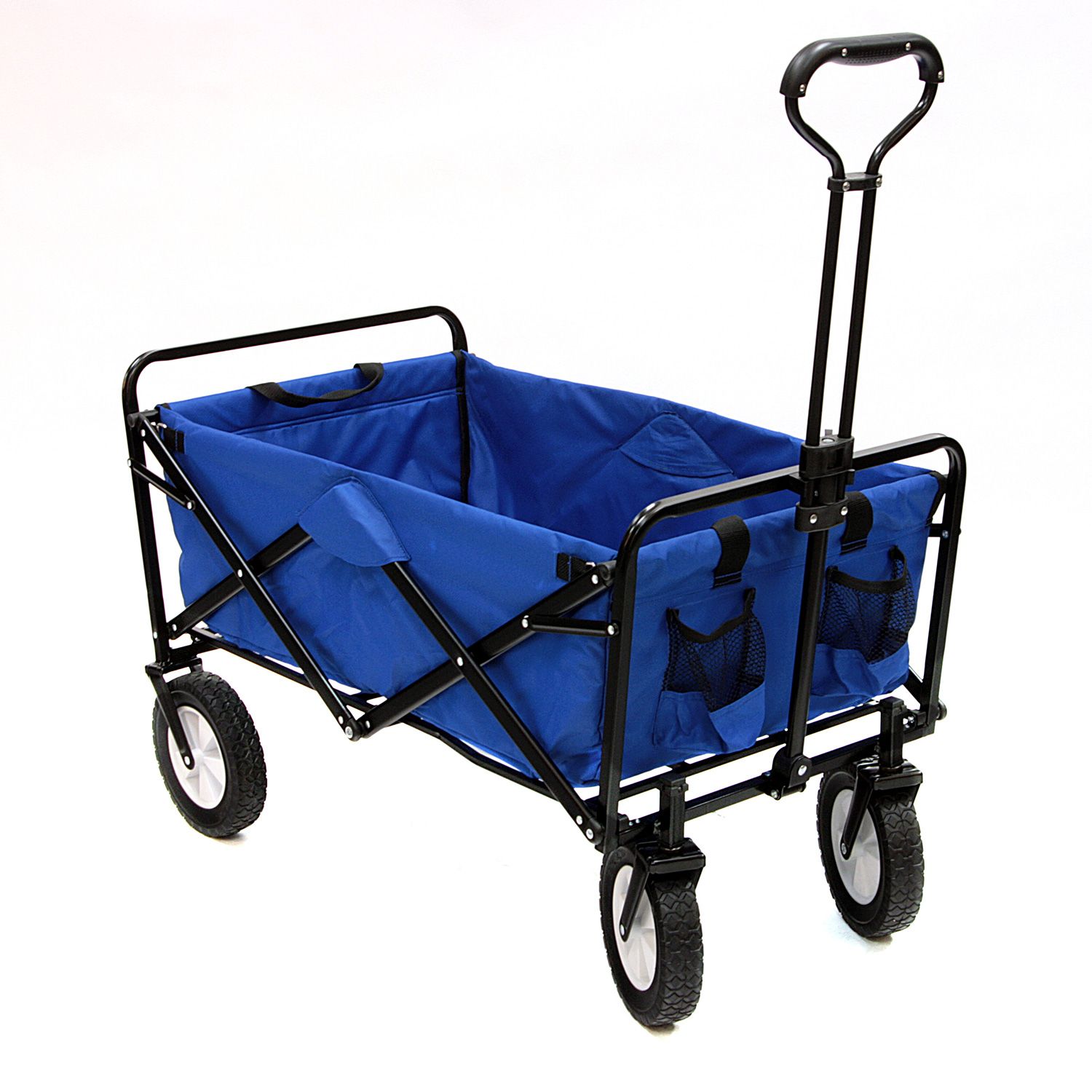 “What do you think?” she asked me in a text with attached picture. “Hmmm, dunno, why don’t you pick one up and we’ll try it,” I replied. So she did. And we did. And what do you know, it worked! 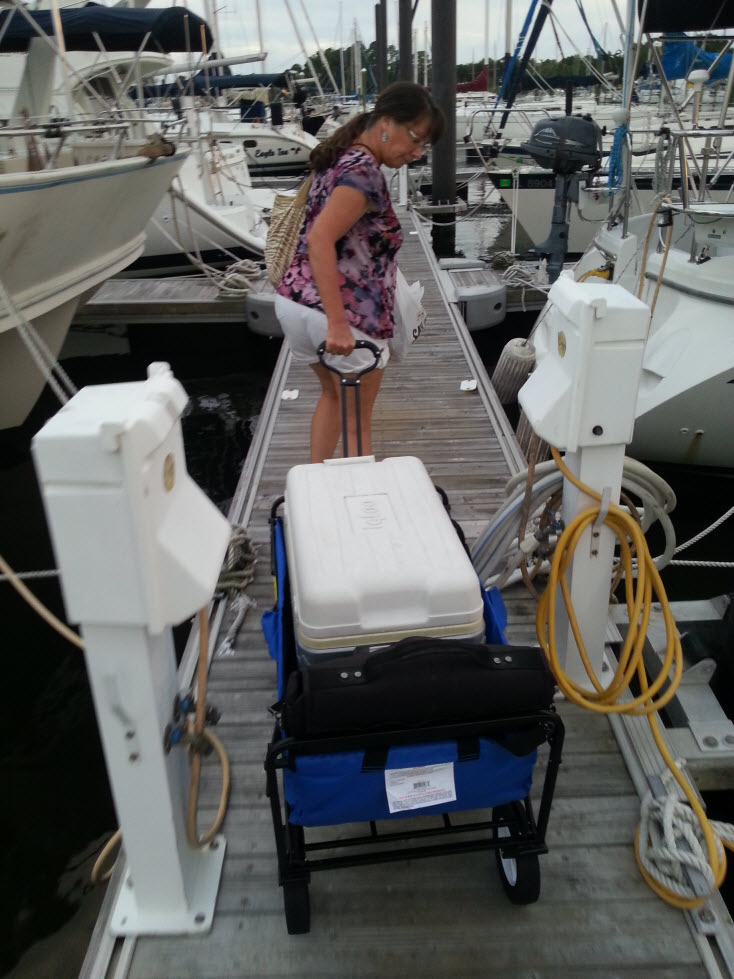 It was large enough to carry three or four armloads of gear, yet its slender form allowed it to roll right on through the choke points.  And the cool thing about it is that it also does this:

Which makes it extremely convenient to store in the truck or in a hanging locker onboard.

Will it merit a portion of our scarce and valuable onboard stowage space once we depart on our Life On The Hook™? Possibly. Does it make our lives easier while we’re waiting for that day to arrive? Definitely! Especially since it means no longer having to scour the waterfront hunting the wild and wily dusky bike-wheeled dock cart.

2 thoughts on “The Little Wagon That Could”