Last weekend was our anniversary. Thirty-five years ago (!) Rhonda and I exchanged rings and vows and embarked on this amazing journey together. We’re damn proud of the fact that we’ve beaten the odds. We’re still here, together, and excited about embarking on this next chapter of our mutual voyage, our Life On The Hook™.

Thirty-five years deserves more than a card and a steak dinner. I wanted to do something special. I haven’t quite decided whether I like the term “bucket list” or not, but most people know what it means, so I’ll use it. I wanted to spend our anniversary crossing off one of our bucket list items.

Those who know us well are aware that Rhonda and I lived in the Seattle area for quite a while. Port Orchard, actually. Nice town. Great people. So-so weather, but then if it were perfect, everyone would want to live there and it wouldn’t be Port Orchard anymore. 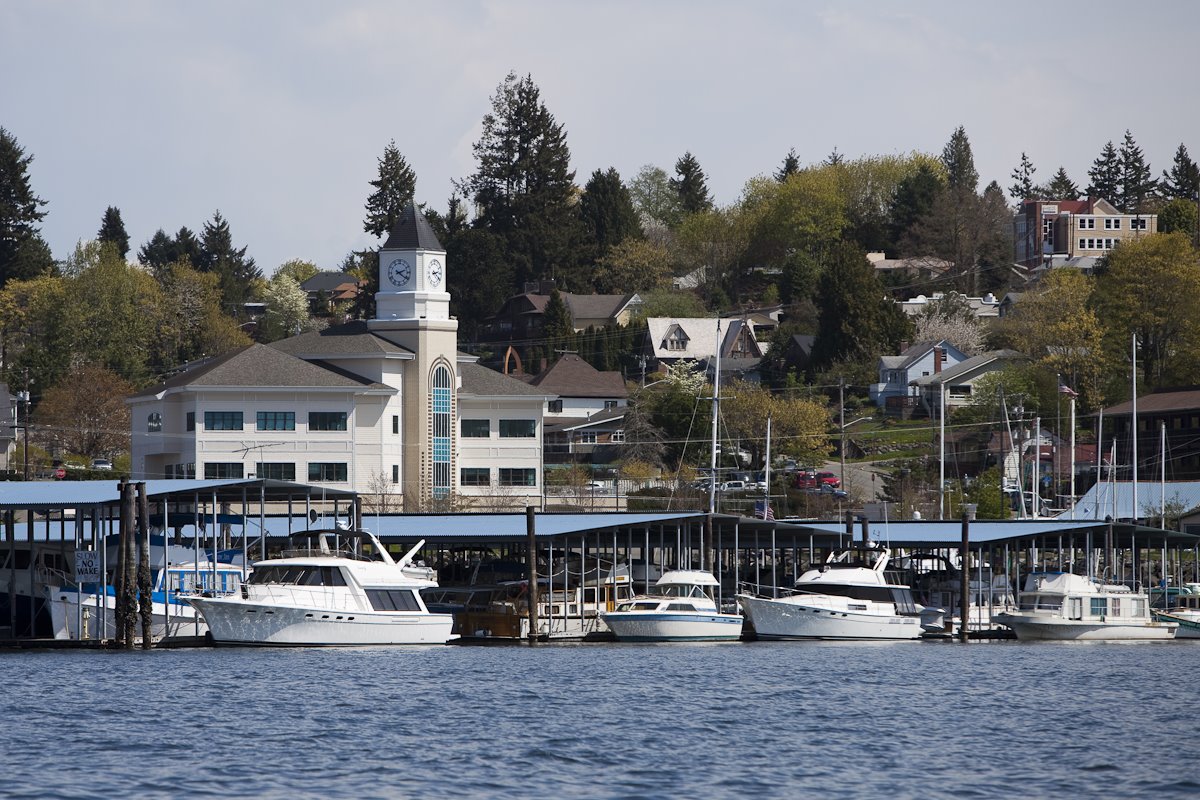 Port Orchard, Washington. I’d board a foot ferry from here for my daily commute across the inlet to my job at Puget Sound Naval Shipyard.

While we lived there, we had season tickets to the Seahawks for a few years (that’s an American professional football team for you international readers). That was back in the Kingdome days, when season tickets cost less than a single game does now and when the Seahawks were such a mediocre team that you couldn’t give your tickets away if you couldn’t make the game.

Since moving to Florida, we’ve never stopped following the Seahawks. We tried to warm up to the Saints, and I guess we should care at least a little about the Falcons, Jaguars or Dolphins (all teams in our geographic region), but the interest just never took hold. Don’t even get me started about college ball. To this day I just can’t understand how someone can be so rabidly fanatical about a team from a school they never attended. I mean, if you’re an alumni I can definitely see it, but if not, then come on, really?

As you may have heard, the Seahawks won the Super Bowl last season (Feb 2014). They have now officially become a Big Deal. And since we left the Seattle area, they imploded the Kingdome (which really was an ugly concrete pile even before they blew it up) and used some of Paul Allen’s $Billions to build a beautiful new stadium called CenturyLink Field. 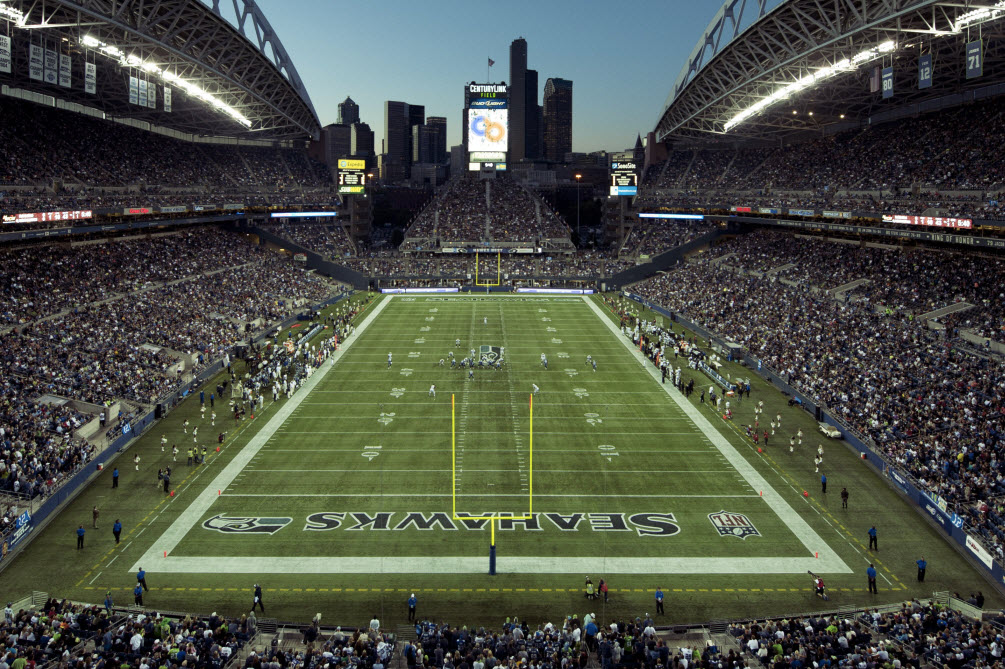 On Thursday, September 4th, the Seahawks meet the Green Bay Packers in the 2014 NFL Season Opener. It’s a day long event, sort of a football-themed street fair, with free concerts by Soundgarden and some guy in a funny hat called Pharrell who I understand makes people Happy, followed by what promises to be an awesome game in one of the country’s most beautiful stadiums.

So when Rhonda opened her anniversary card, she found these: 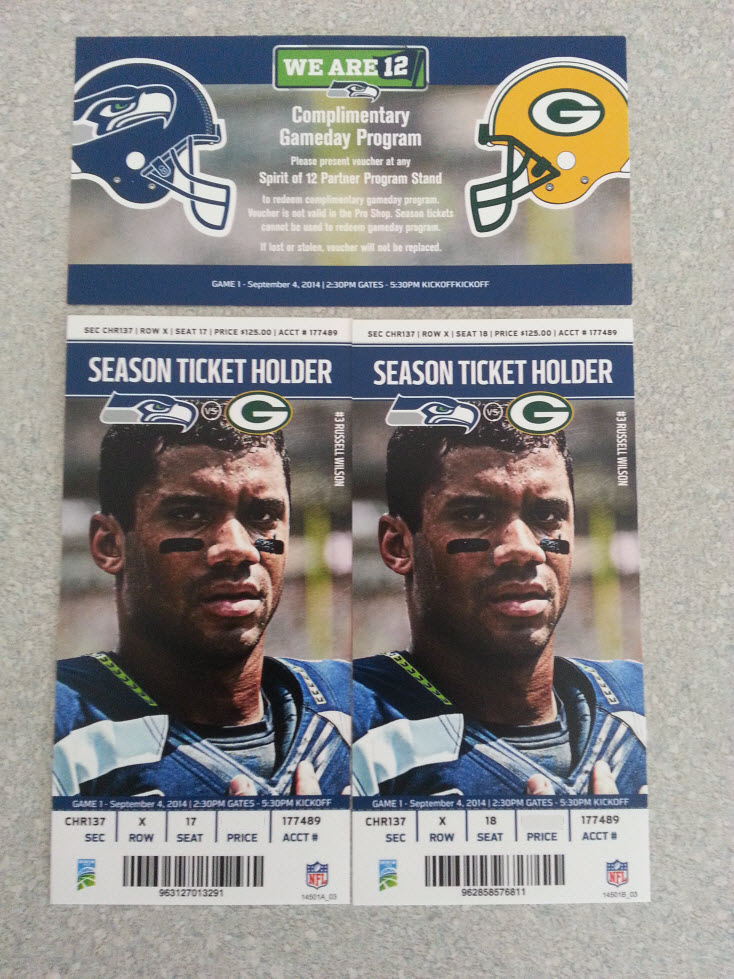 So don’t be surprised if blogging is a bit light for a while. Because as you read this, we’re most likely winging our way to the west coast to watch the team we love play in the stadium we’ve wanted to see since it was built. And maybe grab a meal at the Space Needle, visit the awesome Dale Chihuly glass museum (Chihuly Garden and Glass), possibly some whale watching, and maybe even a thing or two that’s still a secret and I can’t tell you or Rhonda might find out. We want to do it while we still have jobs and the disposable income to be able to afford such an indulgence.

Because your 35th anniversary deserves more than just a card…

3 thoughts on “Happy Anniversary Baby, Got You On My Mind”