And what do you get? Another day closer to being free of debt.

With apologies to Merle Travis and Tennessee Ernie Ford, this more upbeat version of the classic working man’s lament had become an ear worm. As Rhonda and I toiled in the hot Florida sun, I unloading shovel after shovel of red landscape rock from the back of my pickup, she spreading and raking, I could hear Ernie’s fingers snapping cadence to time my shovel strokes, Shovel and twist and dump and turn, shovel and twist and dump and turn. Snap, snap, snap, snap…

OK, you’re probably wondering at this point what the hell I’m talking about. Well the subject today is debt, and the quest to be free from it. Debt is that pernicious burden that enslaves us, restricts our freedom, reduces our options. Often when I tell someone of our plans to embark on an epic adventure aboard a sailboat, they will say in response, “I sure wish I could do that.”

Well, why don’t you? Quite often, the answer is “Because I have a mortgage/car payments/huge credit card balance/student loans/tons of bills that I have to pay, so I have to keep working.” Debt. They’re prisoners of their past financial decisions. They must forego their dreams in order to serve their economic masters. They are effectively indentured servants to Visa or Suntrust or GMAC or AT&T.

When we first started talking about embarking on a Life On The Hook™, we were living the classic American Consumer life. We spent what we wanted. We bought new cars when the old ones started needing repairs. We took elaborate trips that we paid for with a credit card. And if we came up a bit short, well, the rapid rise in home values provided a ready source of cash to tap.

But that was then. As we began to seriously consider whether it would be possible to launch into what we hoped would be the next phase of our lives,  we realized achieving the dream would be dependent on freeing ourselves from service to debt. So we started to make changes in how we lived. We sought ways to reduce, scale back, make do. Simple things really, nothing overly dramatic. Things like eating out less, and when we did, choosing the restaurant that had the best coupon that week. Fixing the old car rather than buying a new one. Dropping HBO. Stopping the paper. Opening a sellers account on eBay and unloading some things we don’t need or use.

Before long, things began to change. First the car loans were gone. Then the credit cards were paid off. And now we’re close. We’re so very close. We still have the mortgage, and a note on the boat. But if we sell the house, the equity in one should be enough to cover the principal on the other. And at that point we’ll be free. We’ll have a steady source of income and our retirement savings, and not owe anyone a penny. Not even a cellular contract to pay on. And that is huge. It means being able to decide how much insurance we want to buy for our boat, rather than what the bank tells us we must. It means being able to sail where and when we want, for as long as we want, rather than having to obey the insurance company’s restrictions on where they’ll allow us to go. It means not losing sleep over what a tenant might be doing to our house while we’re down island, or how to make the mortgage payment if they move out unexpectedly. Less hunting for an internet cafe to pay bills, more sundowners in the cockpit. Less “Grrrrrrrrrrrrrrrrr,” more “Ahhhhhhhhhh!.

Which brings me back to this day of toil in the hot Florida sun. While many of our friends were out playing on the water, we were working to get our house ready to place on the market. Curb appeal is huge. Curb appeal can turn a potential buyer’s drive-by into a “this looks nice, let’s stop and see.” We knew we had some curb appeal issues. Our front flower beds looked like the Gaza Strip, the result of an abortive re-landscaping attempt over a year ago. Something had to be done, and quickly. But nothing too elaborate or expensive. Something fast, cheap, and visually appealing. Rock. We’ll spread rock. That will work!

And so I shoveled red landscape rock from the bed of my pickup, while Rhonda artistically arranged it. And while it wasn’t quite sixteen tons, it was three pickup loads.  Snap, snap, snap, snap… And did I mention the sun was hot?

But I believe it was worth it. I think we did wonders for our curb appeal. 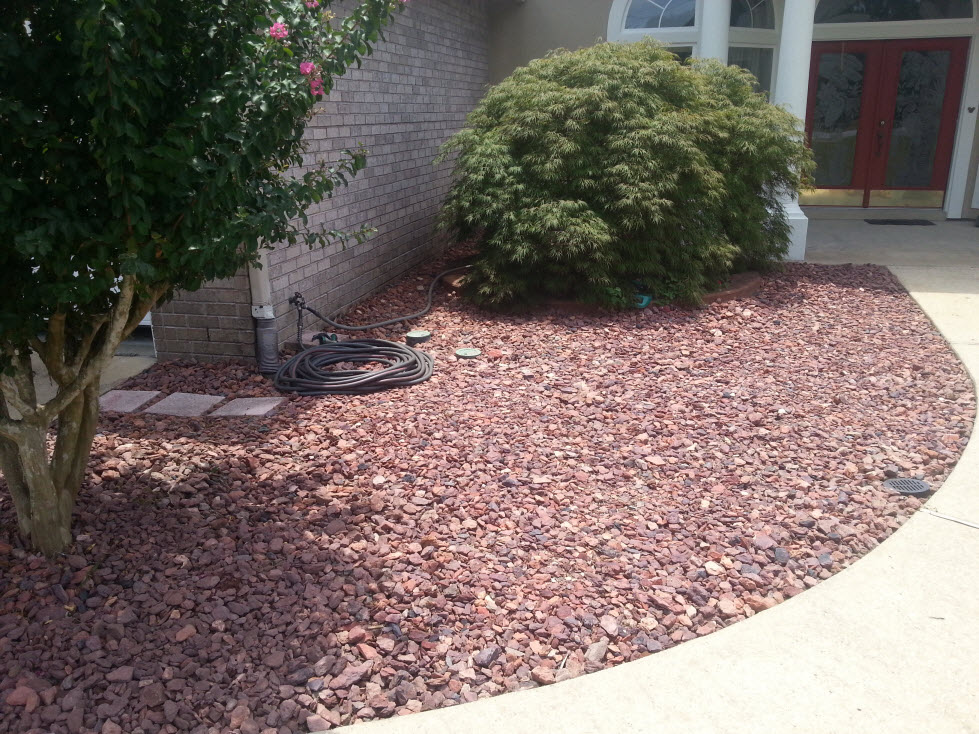 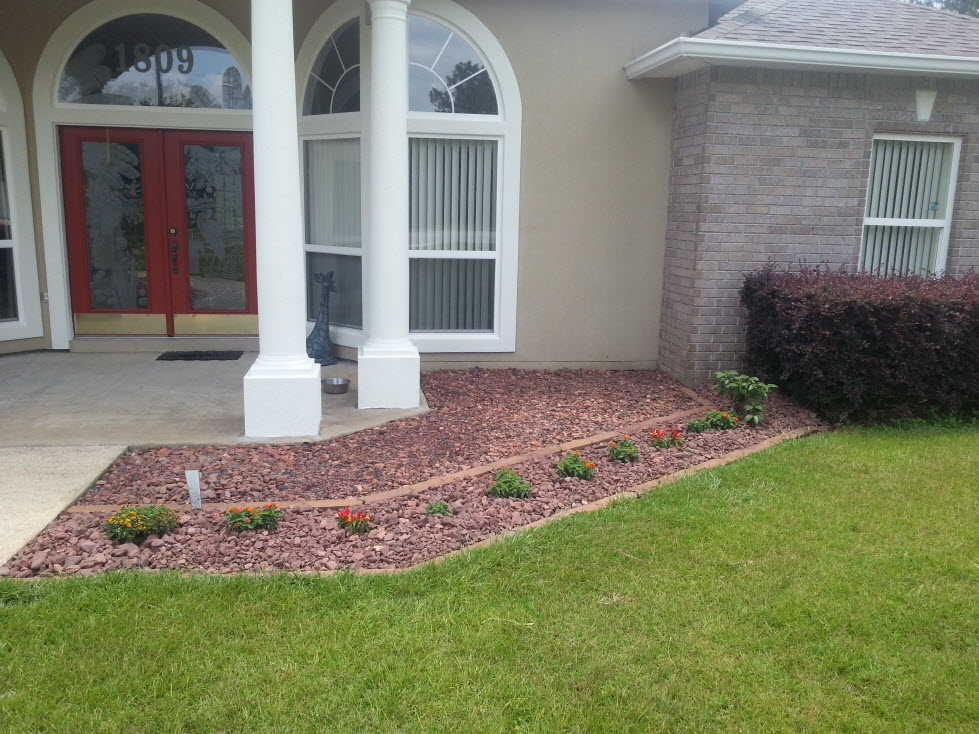 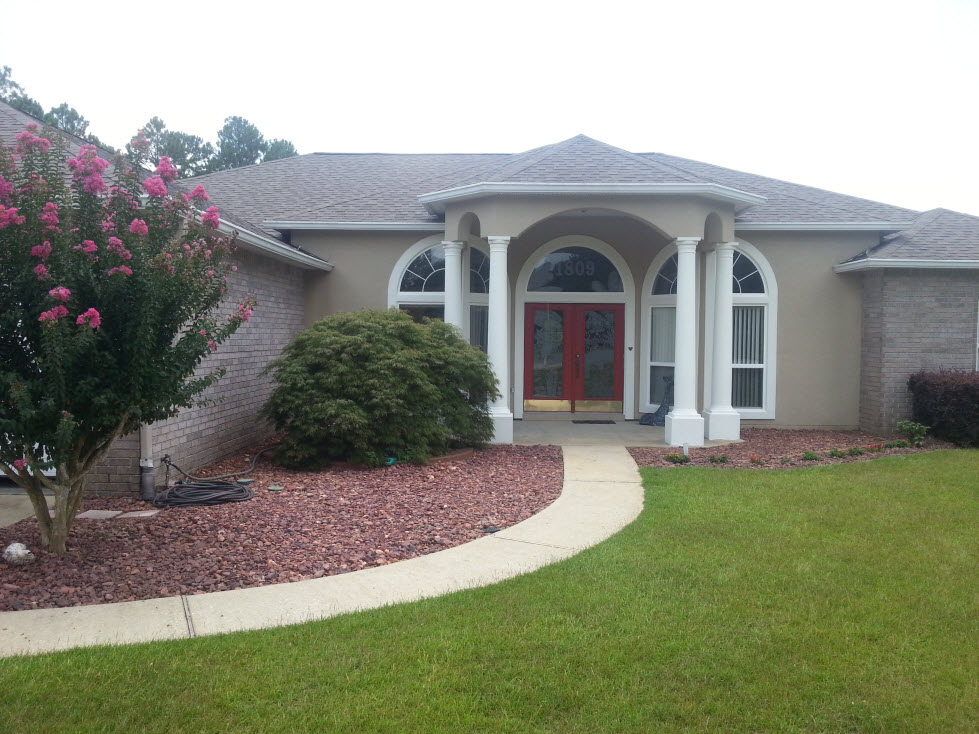 Hopefully within the next few weeks we’ll see.

So do you also have a dream to embark on a waterborne life? If it’s debt that’s holding you back, then develop a plan to attack it and free yourself from bondage. Even if you never throw off the dock lines, you’ll still be much better off. And freedom is a wonderful thing…