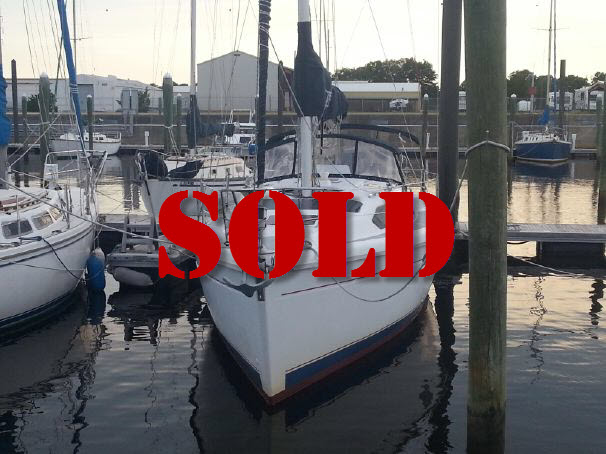 Our broker said he’d never seen anything quite like it. Our ad appeared on Yachtworld late Friday afternoon. The next Tuesday, we had an offer. After two brief days of give and take, we arrived at a negotiated price. And just a few days after that, we were standing in the warm afternoon sun watching Eagle being hauled out of the water for a bottom survey. 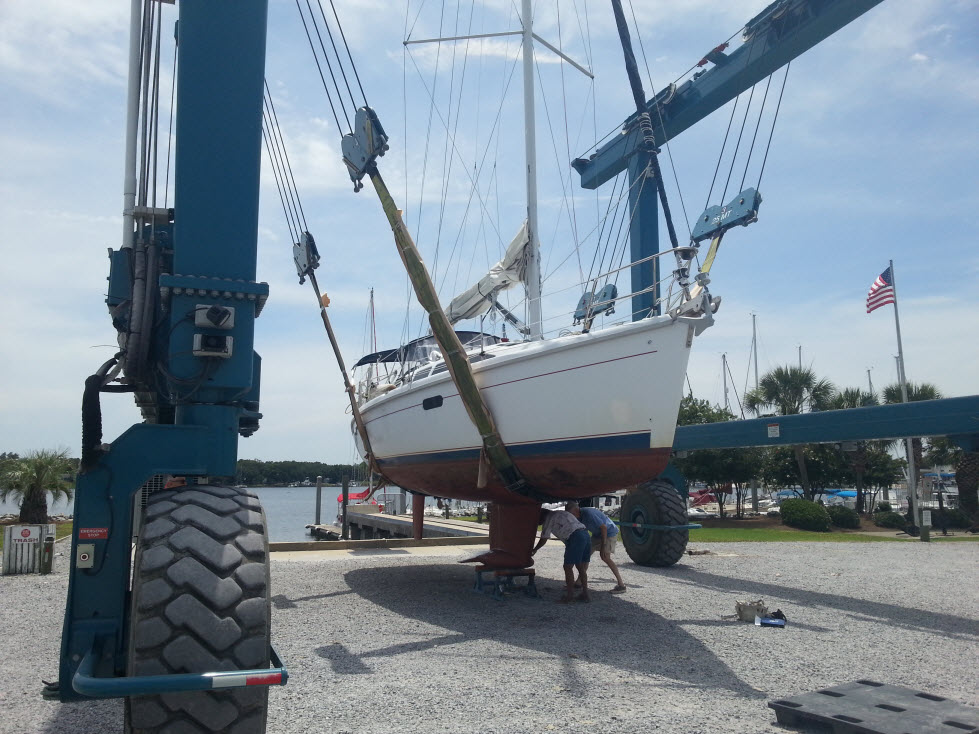 It normally takes three or four days for a surveyor to complete their paperwork and deliver their final report. But the buyers had plans. The next day was the Fourth of July, and they wanted to spend the day on the water. They wanted to spend it aboard Eagle. They had already delivered the check to the broker. All they wanted was a verbal OK from the surveyor — an assurance that everything was as we had described it.

We needed to provide a Captain for the sea trial. Our friend has a 100 ton Captain’s license. We asked. For a Margarita and a Royal Barbados cigar, he said “Sure.” It’s good to have friends who work cheap. 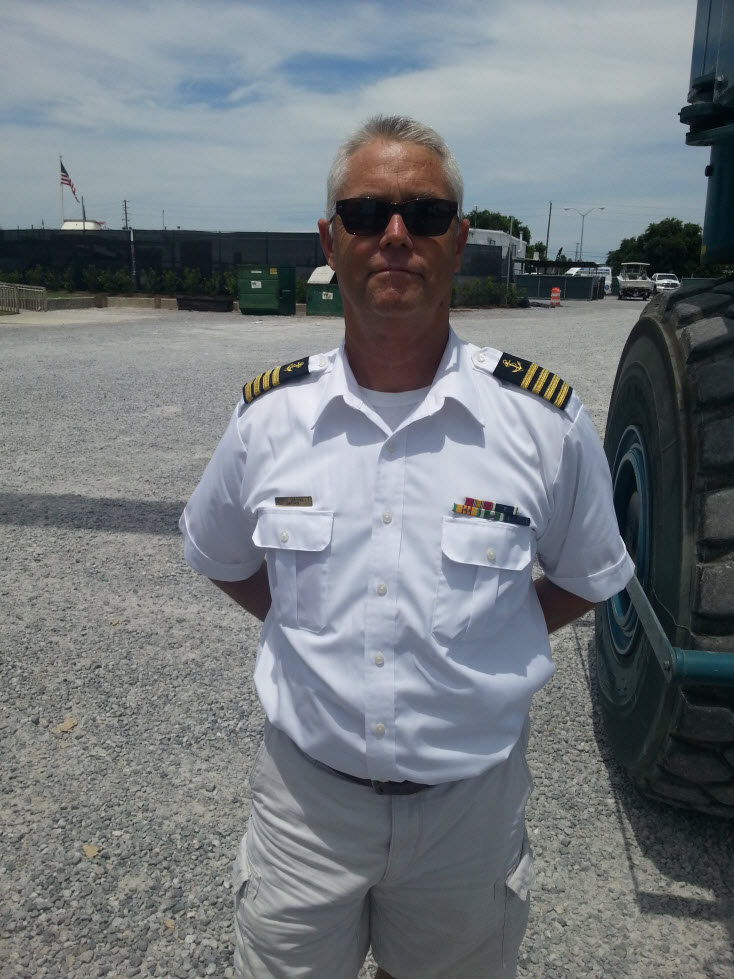 We knew Eagle was in good shape. We’d worked extremely hard to make her that way. But it was still an anxious week. Things seemed to be going so well that we were almost certain something would upset the apple cart. But Eagle strutted her stuff. The surveyor smiled and nodded. The buyers said “We’ll take her.” We shook hands. And she was no longer our boat.

Our heads spun over the speed with which it had all happened. We owned only one boat now rather than two. In an instant the anxiety vanished. We were suddenly emotionally exhausted. We were supposed to return Eagle to her slip that evening, where the buyers would take possession. But we were totally drained. We needed a drink. We asked Eagle’s new owners if we could do it the next morning. We promised to get her to the marina in plenty of time for them to head out for the 4th. They agreed.

Dinner for everyone at the Oar House. The first round is on us. We can’t believe it happened so quickly.

Our broker had never seen anything quite like it.

We’ve been told we were lucky. We completely agree. But we worked very hard for a very long time to make Eagle what she is. And there’s an old saying that goes “I’m a great believer in luck, and I find the harder I work the more I have of it.” (attributed to Thomas Jefferson, but there’s no record that he actually said it).  Also, as I explained in The Broker Dilemma, we priced her to sell, not to sit on the market for months on end. I think our strategy apparently worked. 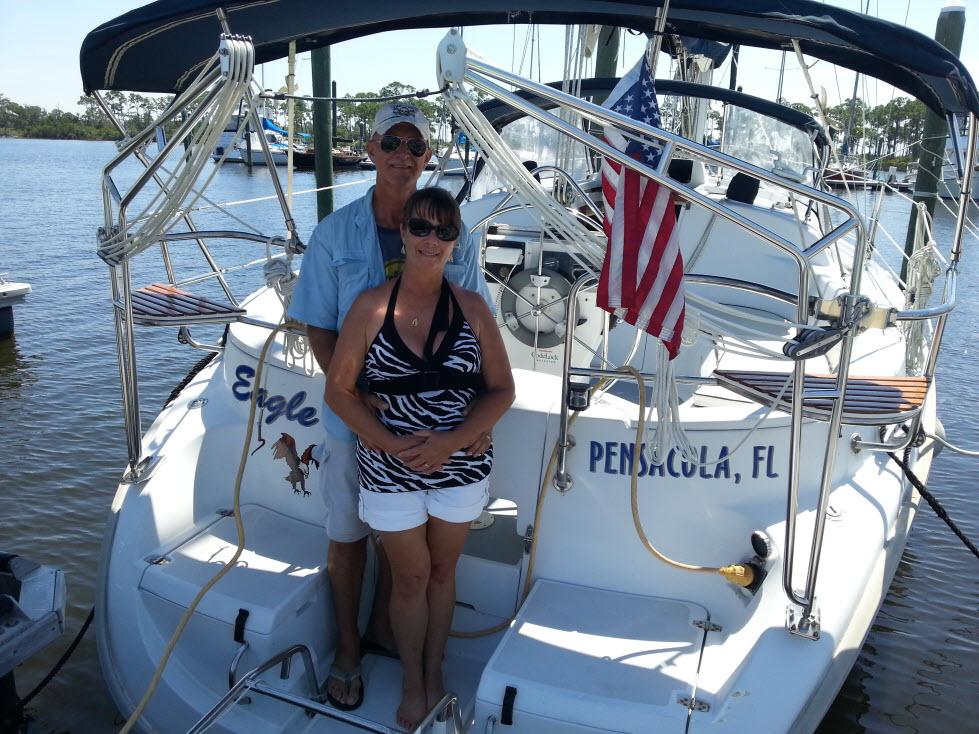 Our Last Moment On Eagle

When we started the year, we had three major hurdles to clear. Sell the Eagle. Find the right boat to take to the islands. Sell the house. Well, the Eagle is now sold. We bought Eagle Too last April, and we’re getting her ready to move aboard. We’ve had our first meeting with a real estate agent.

We’re continuing to work hard to realize our dream. I hope our luck continues to hold. The pull of the islands grows stonger…