Today is a big day. Today I turn 56. Today is a big day not because it’s my birthday, which let’s face it comes pretty much every year about this time. Today is a big day because I work for the Federal Government, and there’s a special significance to turning 56. It means that if you have a minimum of 30 years of service (a threshold I crossed last December) you can retire on an immediate annuity. I never thought I’d make it. But today, I did.

If I told you how generous the current Federal retirement system is, you’d probably be astounded. And possibly a bit offended, because you are paying for it after all, with your ample annual contributions to the IRS. But hate the game, not the player. I didn’t set out to exploit the benefits of this obscenely lucrative system. In fact there was a time when I considered working for the government to be the last thing in the world I wanted to do. I remember many years ago, after leaving the employ of the US Navy, having a discussion with my mother-in-law in which she encouraged me to seek federal employment. “It’s a safe and secure career,” she said. Being much younger and therefore so much smarter than I am today, I told her that working for the government would feel like being dead and just waiting to fall over. Give me the excitement of writing proposals. Chasing new contracts. Soliciting new markets and business. That’s the way I wanted to spend my work day – doing exciting things with uncertain outcomes. Not being a bureaucrat shuffling monthly reports.

A funny thing happened over the next several years. I got older. I learned I wasn’t necessarily as smart as I thought I was, although I do believe I gained in wisdom. Our contract ended, and we lost the re-compete. I tasted unemployment, with all its uncertainty and feelings of helplessness. We had a young child, and we wanted another.

So my perspective changed. The promise of a stable, secure career sounded like a reasonable tradeoff for accepting what I believed would be an unsatisfying job. I had a useful skill. The Navy had invested a considerable amount of money in teaching me how to operate nuclear reactors. Just down the road was a Naval Shipyard. They had lots of reactors that needed to be worked on. I called them and asked for a job. They asked me when I could start. The rest, as they say, is history.

But it turned out that the promise of a stable, secure career was a mirage. An artifact of the “Mad Men” era. A dated. near obsolete construct that ended just as my career was taking hold. First came hiring freezes. One after another after another. Never hiring anyone new meant never moving up the seniority ladder. Then the post-Cold War downsizing began. Budget cuts. Layoffs. And always the junior guy due to those damn freezes. And with the government, it’s all about last-hired first-fired. It took a few long, anxious years, but eventually all the support staff and lower level folks were gone. Nothing left but engineers now. Fifteen years’ service? Sorry, you’re still the low man on the totem pole.

After years of wondering whether I’d keep my job, I was finally given the answer. “Why, no. No you won’t.” In government parlance, I was RIFed. Caught up in a Reduction In Force. Layoff notice in hand, I scrambled to find someplace to land. We were living outside Seattle. There was a job in Pensacola. We were from Pensacola. Rhonda and I met and went to school there. We still had family there. Let’s go to Pensacola!

So 18 years after leaving, we moved back to our old home town. I started a new job for the Navy, working in what was then a new and exciting field—computer-based training and distance learning. This is nice. It’s good to be back in Florida. It’s good to be close to family. But then it started all over again. Budget cuts. BRAC commissions looking for bases to close. The return of hiring freezes and mandatory early retirements. For another 15 years, it was just one damn thing after another.

I say all that in order to say this—I’ve worked for the government for over 30 years now, and I’ve spent most of that time feeling like the wolves were snapping at my ass. Until just these last few years, I wouldn’t have given you odds of better than 50% that I’d actually make it to retirement.

But today I turn 56. I made it. And so if you’ll forgive me, I’m just going to bask in that for a little while. After all those years of anxiety and uncertainty, it feels good to finally slide across the finish line intact. Because that’s the ticket to achieving our goal of sailing over the horizon! 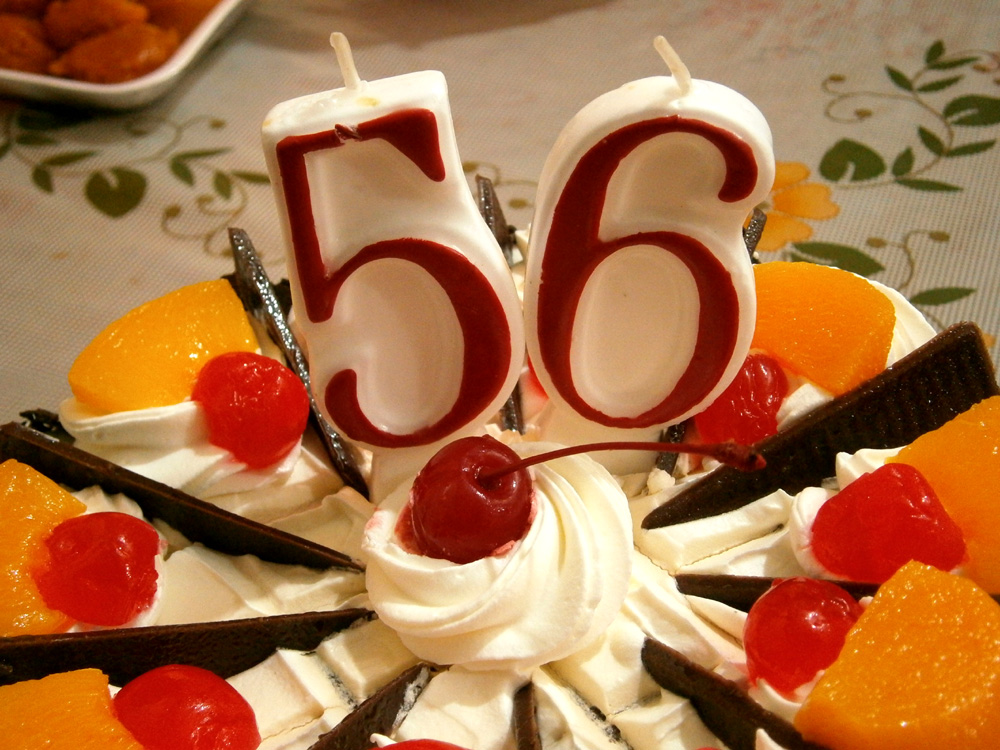